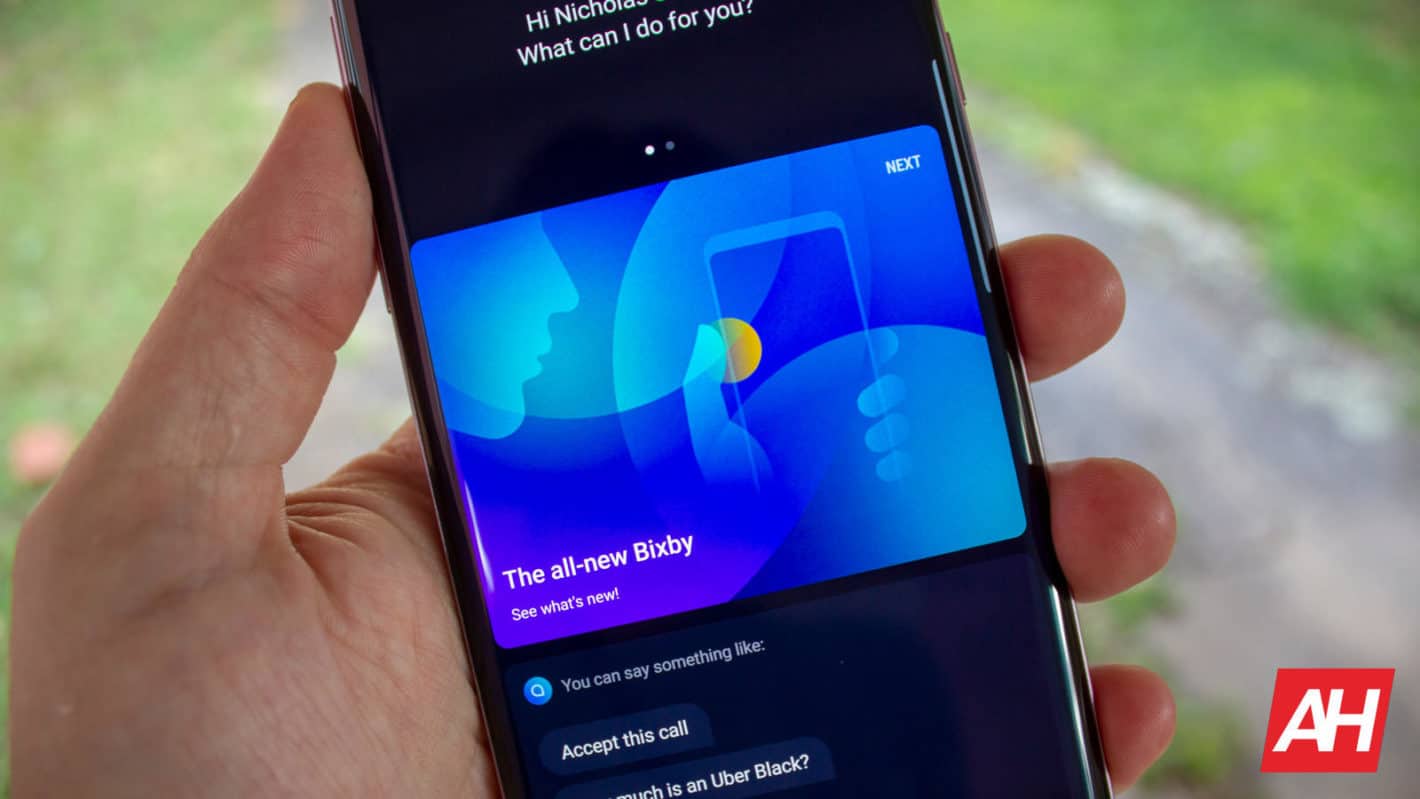 Samsung is now rolling out updates to its Bixby-related apps to let users remap one function of the dedicated AI hardware key, either a single or double-press, to do just about anything else. That process is mostly straightforward and works with the Samsung Galaxy S8 family and newer flagships that include the button. That includes the Samsung Galaxy Note 8, Galaxy S9 series, and Galaxy Note 9. Of course, the newest member of the family, the Galaxy S10 series, will already ship with the feature in place.

Underneath everything is an update to Bixby itself. Activating the more customizable features of Bixby isn't being pushed as a firmware update but as a software update to the existing associated services. That means that in order to use the new feature, owners of older handsets that are already out and in users' hands will need to start there. That's easy enough to accomplish by simply navigating to the Galaxy Store application — previously called "Galaxy Apps" — and clicking the three-dot menu at the top-right-hand-side of the homepage.

From there, selecting My Page and then Update will show users what updates are there to apply. If the new run of around a half-dozen Bixby apps isn't there yet, it may just be that the update isn't quite ready for the user's device and/or region just yet. They should arrive soon enough and although there's no set timeframe for the roll-out, this is happening on the server side so it should only be a few days at most.

Going To Bixby and remapping to an app

Once the Bixby applications are finally downloaded, installed, and in place — or for current owners of the Galaxy S10 handsets when those begin shipping out — accessing the feature is easy. Users simply need to navigate to the settings application, most easily discovered via the app drawer, before scrolling down to "Advanced features." That will be denoted by a gear icon with a white 'plus' symbol inside.

On the Advanced features page, the "Bixby Key" option will appear a few items down without any scrolling required and tapping that will show two options. The top option sets a single press of the physical button to open Bixby itself while the latter sets a double-press to open Bixby. Regardless of which option is chosen, the opposing press can be set to open another app or to activate one or more Bixby voice or typed commands. A long-press of the key will always open Bixby as well.

That means that either a double or single click of the Bixby key will open up Bixby but users can set the alternative press to open whatever app they like. Tapping the slider on either the "Use single press" or "Use double press" option and then on the option itself will turn on the feature, showing the user the option to open an app or run a quick Bixby command when the key is pressed at their preference.

Both secondary options are effectively blank by default so tapping either one will load the underlying options for either, respectively. Once an option has been set, users will need to select one of the two and then tap the gear icon to change the underlying settings.

If a user simply wants to open up an app, that's where the process effectively ends. That will simply result in a list of all installed applications and the user simply needs to select one of those, such as Google Assistant, before backing out. From that point forward a single press or double press of the Bixby key (depending on which option they've chosen) will launch that app while the other opens the AI assistant itself.

Of course, there is a good chance any given user will want to get even more done such as snapping a photo at the press of a button or something else. Anything that can be accomplished using Bixby voice commands can be assigned to the button by choosing the "Run quick command" on the previously mentioned "Use single press" or "Use double press" screen.

Where users go from there is completely up to them but, unless there have already been quick commands set up, users will be presented with a brief explanation of the feature and a "Go to Quick commands" link-style button.

Tapping the link will throw open the Quick commands menu of the Bixby app itself to the "Recommended" tab.

The recommended section shows a few options for in card-like buttons that are focused on different categories such as Productivity or actions based on "Place." Each houses a series of commonly used commands, based on pre-existing Bixby voice commands, that the user can choose from. One of those can be selected or users might visit those to get an idea of the kinds of commands they can custom create.

Under the "My commands" tab, users can find their previously created commands, including a series of commands to be executed when a custom voice command is used with Bixby. If there are none or a new one is desired, a new command can be created using the "plus" symbol at the top-right-hand corner of the UI.

From there, creating a custom command is complex but relatively straightforward to a point. Users can start by entering a command that can be spoken or typed in Bixby, which will also be assigned to the Bixby key. Underneath that, there will be a button to "Add a command." The UI guides users through that process by cropping up three options when the button is tapped. Those include the ability to select commonly used commands or directly enter a new Bixby command via voice or typing.

The first option is the most intuitive and also serves to help users figure out how the other two options work as well. Once tapped, a list of applications supported by Bixby loads up and tapping any of those will put forward commonly used commands for those apps, showing users how to word their commands to create the one they really want. Users will need to tap the save button at the bottom of the UI to ensure they're commands are accessible later before backing out.

Once created and added to the custom command phrase or word, other commands can be added as well, stacking on top of the current command or commands in the order in which they're shown. Tapping "Save" on that will allow users to add that command to the Bixby key.

What this won't do

Now, there will almost certainly be workarounds for making the new functionality work to accomplish just about anything the user could want but not everything is going to be intuitive. For the time being, Android Headlines couldn't actually find an easy way to activate and deactivate the flashlight with a single press of the hardware key, for example.

The problem is primarily down to what Bixby is and the fact that beyond opening up an application itself, the entire customization for the key centers around voice or typed commands users can provide to Bixby.

Using the above-mentioned flashlight example, it's easy enough to simply apply the "turn on the flashlight" command to activate the flashlight with a single press of the button. In its current form, the update only really allows for that and not for users to press the Bixby button again to turn it off. So users are left scrambling for either the Edge Panel slide-out or notification shade to turn the flashlight back off.

What functionality is still missing may or may not be added in the future as Samsung continues its push to make the Bixby platform much more open but it does seem far more likely that the company will fix some of the discrepancies. It is easy enough to use for most tasks.

Most apps that Bixby can readily access already have a plethora of options built right in and those can be set up to perform Google Assistant-like routines from a single press too. So there are a lot of options right out of the box with the update and the change does mark a significant step in a more user-friendly direction once activated.