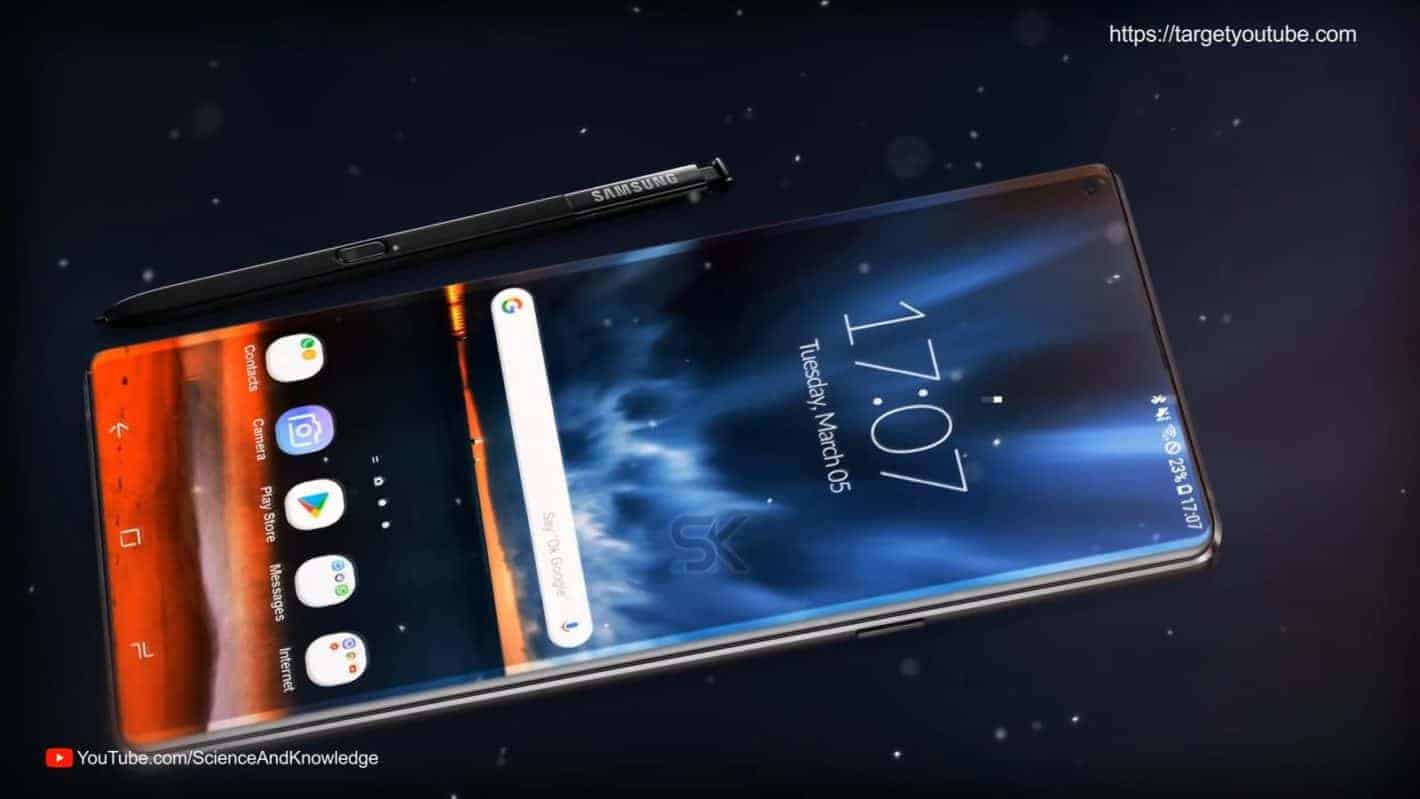 The Samsung Galaxy Note10 will not launch until August or September, and while we wait for new rumors and leaks to arrive, a third-party concept of the phone surfaced on YouTube. This concept is not entirely realistic, as the real Galaxy Note10 will almost certainly resemble the Galaxy S10 series, but it does look extremely sleek.

The concept design is shown in a YouTube video which has a duration of a bit under three minutes, and as you can see, this phone is envisioned as being built out of metal and glass. The device sports a display hole, though that hole is located in the upper-left corner of the display, opposite of the camera hole in the Galaxy S10 series smartphones, which lies in the upper-right corner.

The S Pen stylus is shown in this video as well, while the device is a bit boxier than the Galaxy S10 series, and the real Galaxy Note10 may be as well, actually. There are four horizontally-aligned cameras included on the back of this handset same as on the Galaxy S10 5G. Physical buttons are exactly where you'd expect them, including the Bixby button on the left, and the source also envisioned some specifications to go with this imaginary smartphone.

This concept phone is IP68 certified for water and dust resistance, while its stylus comes with Bluetooth integration, same as the stylus on the Galaxy Note9. A 6.66-inch AMOLED Infinity QHD+ display is included on the device, while it is protected by the Corning Gorilla Glass 6. Android 9 Pie comes pre-installed on the phone, while two SoC variants are envisioned for it, both Exynos 9820 and Snapdragon 855 versions.

That is more or less all the info that the source shared in its concept video. It's hard to deny that this phone looks really sleek, probably sleeker than the real Galaxy Note10 will due to a non-existing "chin" below the display. Specs that the source listed are quite probably close to reality, aside from a 6,000mAh battery, as the Galaxy Note10's battery will almost certainly be considerably smaller.

The Galaxy Note10 is expected to arrive during a separate press conference in August, like the Galaxy Note9 did last year, but Samsung did not confirm anything just yet. That is not surprising at all, as we're still months away from the Galaxy Note10 announcement.