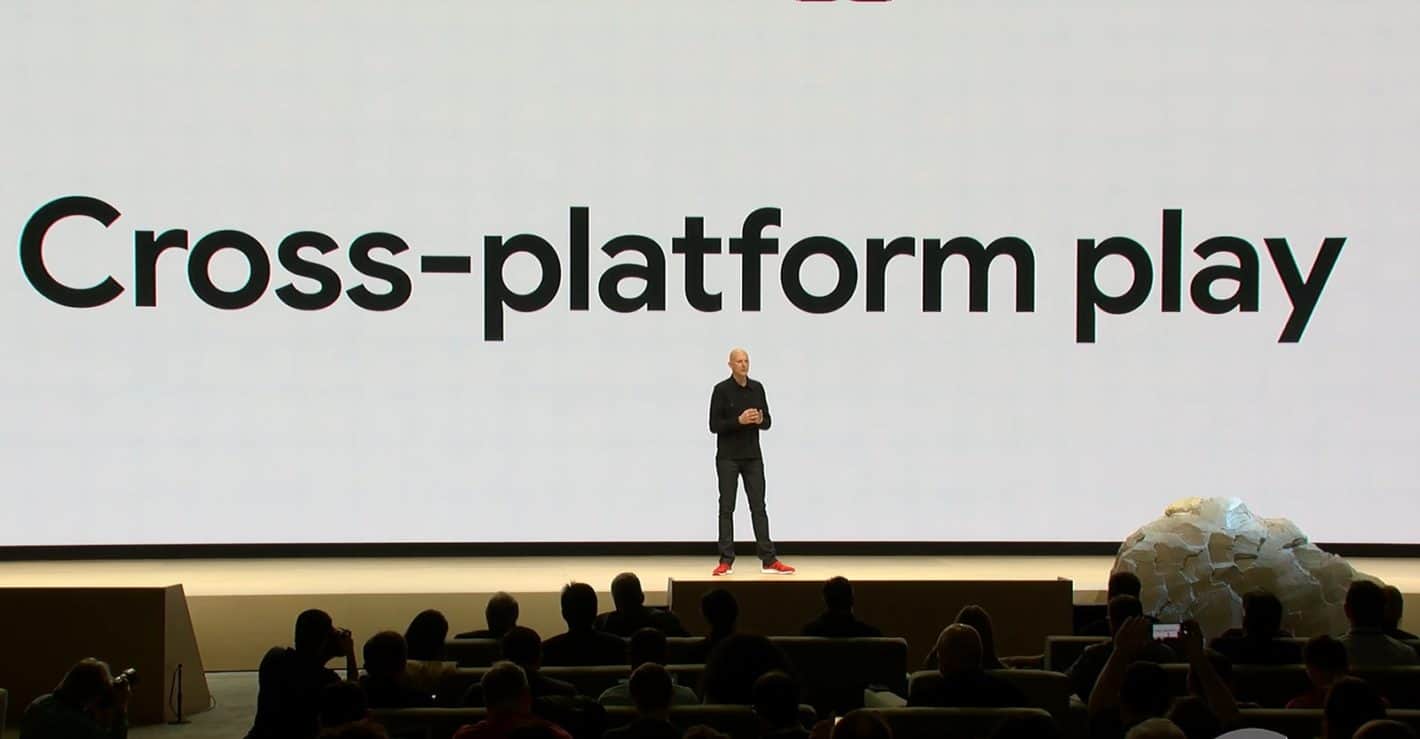 In line with previous expectations, Google today announced a new cloud-based gaming service. Stadia is all about removing ‘the box’ from gaming and making the service accessible to as many people as possible, and via as many devices as possible.

This is to the point where any device has the potential to act as either the display for gaming, the controller for gaming, or both.

With so many devices potentially supported it is even more pertinent that Google has confirmed both cross-platform playing and saving is on offer. Something that will benefit gamers both at the individual and collective levels.

At the cross-platform playing level, this means gamers will be able to play with each other regardless of what device the other player(s) is using. For example, while it stands to reason there would be no issues when all players are all using Stadia, this support means if players are accessing a different ecosystem altogether, you’ll still be able to play along with them. Something which was certainly not the case not so long ago.

Cross-platform play has become more commonplace recently, however, and in part due to the popularity of games like Fortnite and the need to ensure a common battleground for all players regardless of the console/ecosystem in use. With Stadia’s emphasis on being a common place for gaming, it makes sense Google has been quick to confirm the cross-platform play support.

Likewise, cross-platform progression will be equally as important to some gamers. This feature will ensure that you can bring save files over to play through Stadia without losing out on any of the work you have done to begin with. This is not cross-platform supported in terms of the ecosystem, but also in terms of across devices. Resulting in the ability to start a game on one device and then continue playing where you left off on a completely different device.

Google has yet to fully disclose the finer details on any of these points and so it remains to be seen just how cross-platform the playing and saving will be overall. For example, Phil Harrison, who was explaining these things on behalf of Google made the point that the cross-platform saving will be a feature that’s open to developers. So it could be the case that some games support it, while others do not.

In the same sense, there’s no guarantees that all platforms and ecosystems will also support the cross-platforms features in the same way. Resulting in a situation that while Stadia supports it, others might not.

This lack of detailed information is a criticism which can be leveled more widely at Google, as in spite of officially announcing the game-streaming service, the company did not provide firm details on much at all – including on availability, pricing, or even content. Therefore, many will have to wait some time before they get a clearer picture of what exactly Stadia is offering and how good it will be compared to existing solutions.

Some of that additional information will likely come through over the coming months, including during this year’s Google I/O event which takes place in May.