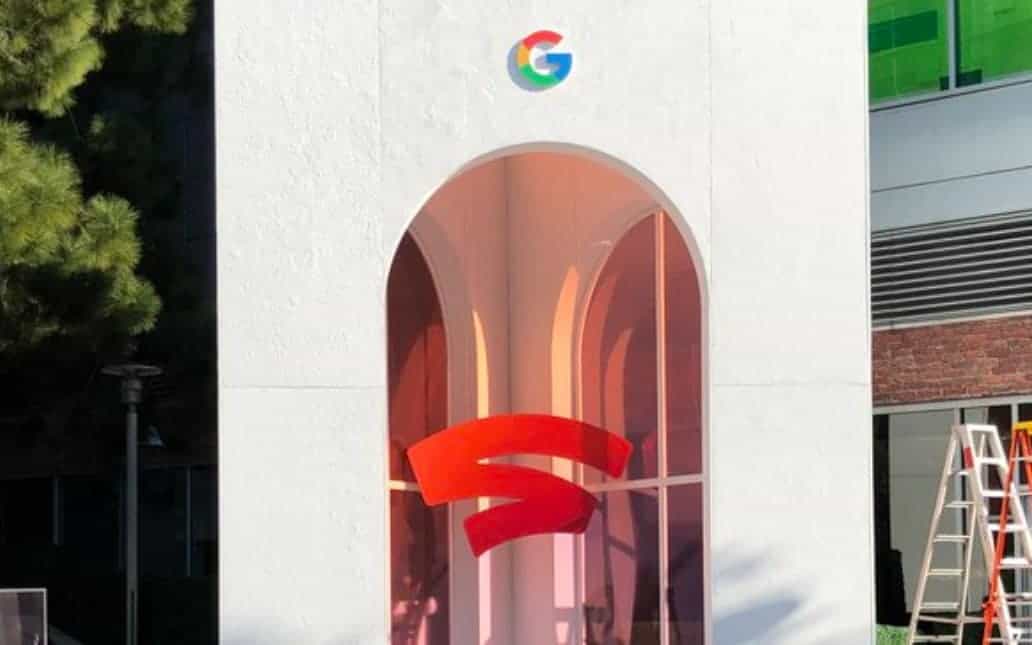 Google is more than ready to go with its impending gaming-related keynote announcement at this year’s Game Developers Conference (GDC), beginning with the appearance of the company’s newest logo ahead of the event. The logo is posted just outside of the event, alongside a range of past game consoles meant to highlight the history of gaming itself. The final case in that display remains empty with a note that simply reads 'Coming Soon'.

The logo itself looks similar to the left-hand side of the Google Wallet logo, tilted clockwise onto its side and sans the final arm of the 'W' on the right-hand side. That gives it a distinct "S" shape which could indicate that Google plans to retain at least a portion its codename for its gaming platform — Project Stream.

Despite the fact that Google’s streaming games platform has been in and out of the news with rumors and speculation for quite some time, details about the platform remain vague. Even a recently spotted patent for an obviously gaming-related controller hasn't provided many details due to its apparent focus on possible functionality rather than overall design.

From that design, it may be safe to assume that the platform will feature an ordinary looking control mechanism — complete with analog sticks, directional pad, triggers, and other buttons. The key difference in that design is effectively the presence of Google assistant on board via a dedicated key but isn’t really much more to be ascertained there.

Other hints found in the Chromium commit seem to strengthen suspicions that the gaming platform will be streaming and based in Chrome itself, similarly to previously-reported efforts from the company under the Project Stream umbrella. Summarily, the beta test for a gaming service involved allowing users to play a port of Ubisoft's Assassin's Creed: Oddysey in all of its triple-A glory over a strong internet connection, even on a Chromebook.

More recently, the company was spotted in the Chromium Gerrit adding support for each of the controllers associated with Nintendo's Switch console. That includes not just the palm-sized Joy-Con controllers but also the full-size 'Pro' series controller and the charging grip used alongside Nintendo's Joy-Con. That leads to more questions than answers but seems to suggest support will be included for third-party hardware — at least on the controller side of things.

The mystery will come to a close soon enough

The company has been attending GDC on a fairly regular basis for quite some time but this will be the first time it's held its own event at the show. That's set to kick off on the second floor of Moscone West in San Francisco at GDC 2019 on March 19.

Google won't necessarily announce a new console or launch the service in the near future, despite that this project has been in the works for a long time already. There's also no guarantees about exactly what kinds of games the company has planned for its platform. Regardless of what it does or does not announce, there's bound to be a lot of excitement around the keynote. At very least, that means there really isn't much waiting left before the search giant pulls back the wraps to show everybody just how accurate or off-base predictions about the service have been.

Google is setting up some things. #GDC2019 #Google #GatherAround pic.twitter.com/IRVHoSRlSX