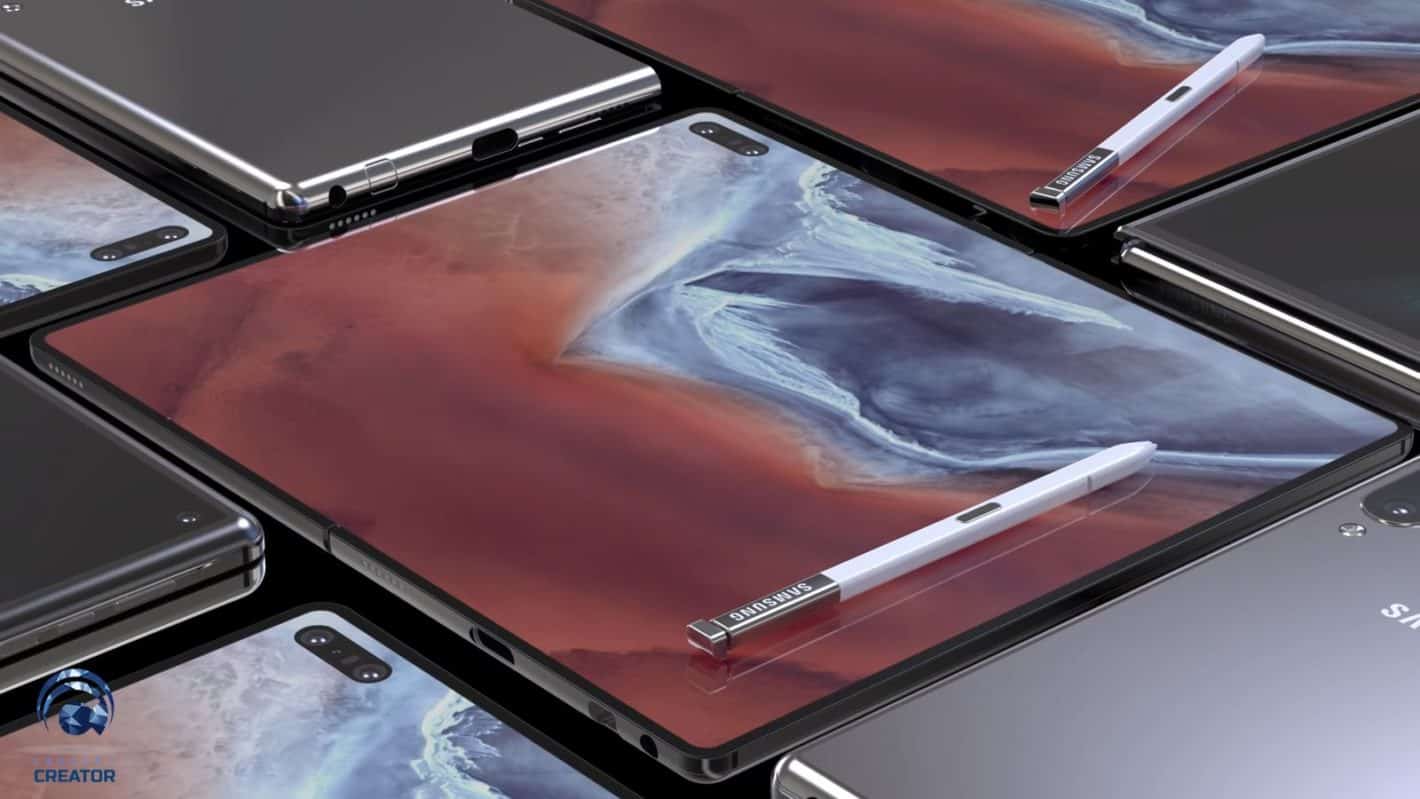 Samsung had introduced its very first foldable smartphone, the Galaxy Fold, quite recently, and a Galaxy Fold 2 concept design has already surfaced online. This is a third-party design which has nothing to do with Samsung, and it has been published by a YouTube channel called "Concept Creator".

We've already seen quite a few designs published by this YouTube channel, and the Galaxy Fold 2 one actually improves upon the design of the Galaxy Fold, and it also adds a stylus as well. Some people even expected Samsung's S Pen stylus to be a part of the Galaxy Fold package, but that did not happen.

As you can see in the provided video down below, the Galaxy Fold 2 concept resembles the Galaxy Fold handset, at least to a degree. This phone sports an almost identical hinge system as the Galaxy Fold, and it also (un)folds like a book. Unlike the Galaxy Fold, though, this handset comes with a much larger secondary display, a larger main panel, and much smaller corner notch on that main display.

The main display sports minimal bezels, and even though it has several cutouts (which are connected) in the upper-left corner, it still looks much better than the Galaxy Fold's setup with a huge corner notch. Truth be said, Samsung probably did the best it could at the time, it's easy to design something and make a video for it, but making an actual product based on such a design is a much bigger challenge.

The secondary display on this concept phone sports a single display hole for a camera, and that's basically it. Bezels are quite minimal around that secondary display, and when folded, the device actually looks like a regular smartphone, save for the fact it's thicker, of course. Loudspeaker grills are visible on the bottom of the device (when unfolded), while the same can be said for a Type-C USB port and a 3.5mm headphone jack.

This concept device includes three vertically-aligned cameras on its back, below which you'll notice an LED flash. Those three cameras are included in the top-left corner of the phone's back side, while they do protrude a bit. This imaginary phone seems to be made out of metal and glass, just like the Galaxy Fold.

The S Pen stylus is tucked away inside of this device, similar to the Galaxy Note9, actually. Samsung will probably look to bring such functionality in one of its upcoming foldable smartphones, as the company is allegedly working on two additional phones that will hit the market by the end of this year, or in early 2020 at the latest.