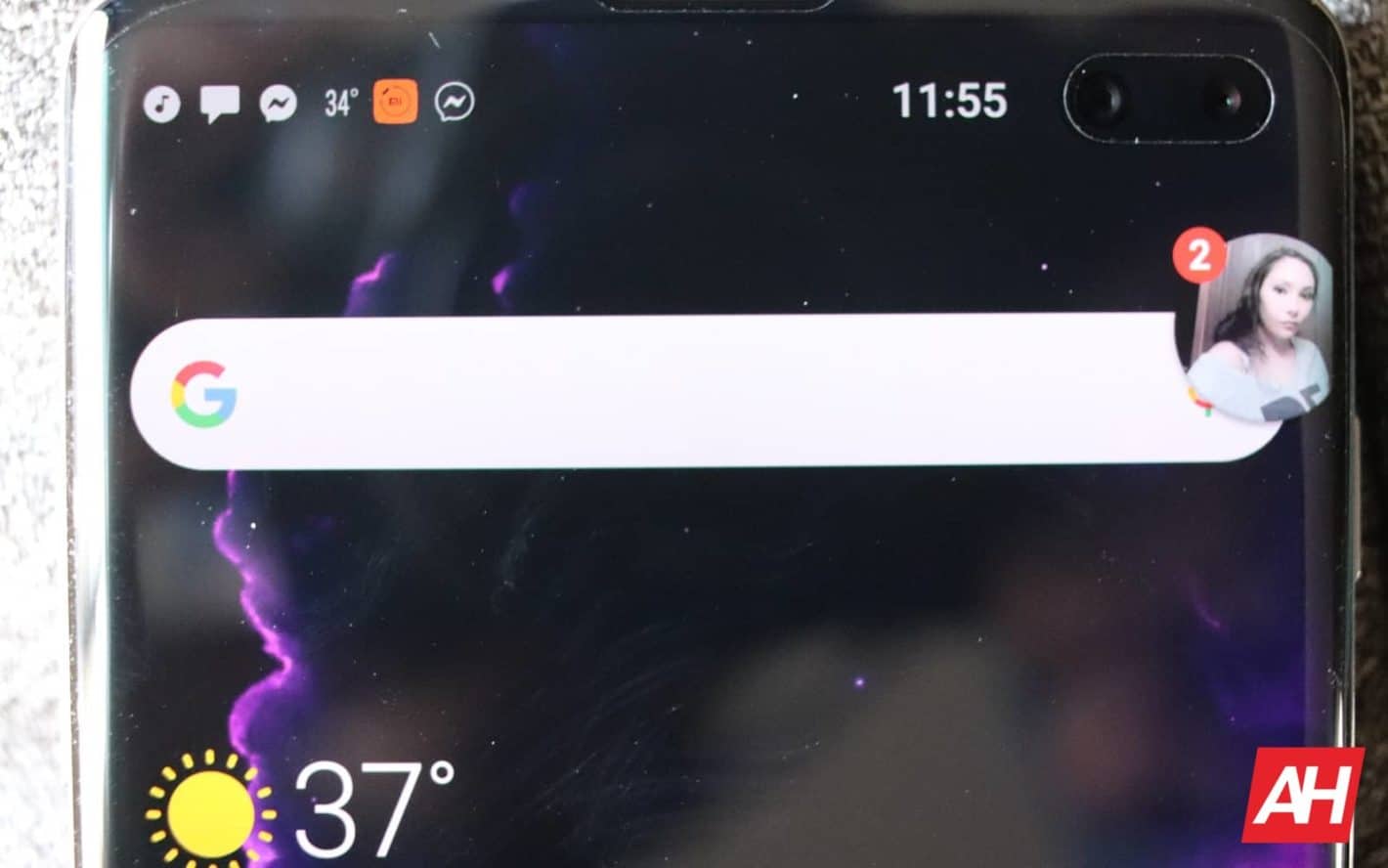 Android Q may completely change the way notification pop-ups work by implementing a very Facebook-like feature recently spotted in the ongoing Beta 1 program buried in Android Debug Bridge (ADB) commands under an experimental "bubbles" designation. As its name implies, the bubbles in question move a given notification and its associated interactions out of the notification shade and into bubbles that can be moved around the UI.

That change is implemented system-wide, with users able to see stacks of notifications under circular icons in instances where more than one notification has been received. Those can be moved to a specific spot on the overlay to remove them from the home screen entirely. The change seems to build on Android’s introduction of pop-up cards and notification shade elements that allow replies directly from that part of Android’s system UI.

One major difference is that setting the system UI to allow for the bubbles removes notifications that are being housed within bubbles from the notification shade and status bar entirely. Tapping on the icon for a chat or notification bubble brings up an interface that’s similar to what was already found in the above-mentioned cards in both pop-up and notification form.

Turning the feature on shows it's definitely aimed at developers

Since the new 'bubbles' feature is a beta experiment as part of Android Q Beta 1, activating it will require some technical know-how and shouldn't be attempted by the average user who may be running the latest version of the test firmware. Essentially, it will require the user to connect their Pixel device — still the only gadgets with access to the beta — to a computer and input specific commands in via ADB console. So this feature should probably only be used by those who are already comfortable with that process.

For those who are well versed in using ADB, the commands required to access notification bubbles are relatively straightforward. Those need to be put in with the "adb shell settings put secure experiment_enable_bubbles 1" command followed by the "adb shell settings put secure experiment_autobubble_all 1" command. That will, as is implied, let users access and experiment with the feature for themselves across all apps.

Will this make the cut?

The bubbles feature as its shown would undoubtedly be helpful for those Android users who frequently have multiple applications, including chats or text messaging, open at once. Multitasking was already made easier by the inclusion of quick replies and more from the notification shade and it would essentially remove one of the steps required to accomplish the same task from any screen.

Its usefulness doesn't necessitate its inclusion in the final build of Android Q, setting aside the possibility that Google may either push it back or make it a Pixel-exclusive feature but there is reason to believe it might make the cut. Namely, Google has been working on this for quite some time already and media shared by the source is consistent with a feature that's already near completion.

The bubbles first made an appearance in the stock Google Phone app after being spotted in 2017 within that app's code before later being introduced. Prior to that, they were made available at the API level, allowing apps like Facebook to implement the feature on an app-by-app basis.