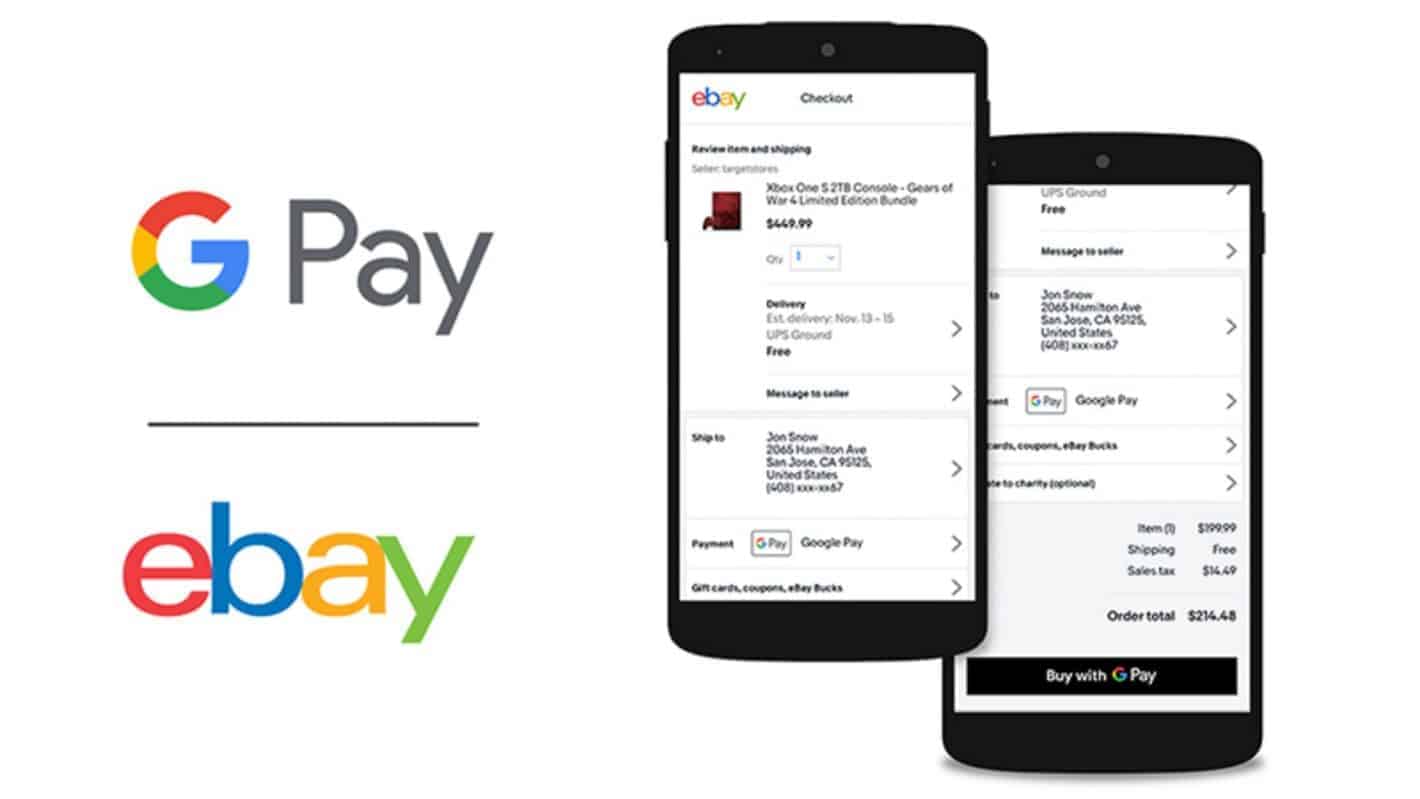 eBay is now officially adding Google's Pay platform to the growing list of options for sellers and buyers to choose from on its managed payments platform. That means that buyers will be able to use the search giant's credit and bank card management, tap-to-pay, and organization service to buy products via eBay.

The online auction platform and pins the decision to add Google Pay to the fact that the use of mobile payment options and digital wallets is increasing among Millennials and users from 'Generation Z'. The change works throughout the eBay site whether accessed through the company's app or website but, for now, will only be possible from sellers who are participating in the platform already.

Google Pay will become available as an option as early as near the beginning of April.

A continued shift away from tradition

eBay first launched its managed payments platform in early 2018 as a way to gradually shift away from its relatively exceptional close ties to PayPal. To that end, the company signed a new deal with payments processor Ayden in a bid to create its own end-to-end payment system that essentially bypasses the need for a third-party to manage that aspect of its business.

Summarily, the solution is intended to ensure that buyers don't need to leave the site to complete a transaction and, as of 2021, eBay expects to tout end-to-end payment management across most if not all of its site. There are several benefits that ought to bring with it for both end users and sellers aside from the convenience of staying on one site to complete transactions too.

Not least of the benefits is that keeping traffic on the site should reduce risks from certain types of cyber threats while also reducing the requirement for shoppers who don't have PayPal to sign up for a new service. PayPal had where PayPal had been required prior to the changes. PayPal will remain an option on the platform through 2023 and it isn't immediately apparent whether it will ultimately be removed entirely from the platform.

The switch up will additionally enable users to have the freedom to choose from more payment services over time, while internal management will keep costs down for the company.

This should make shopping via at least one voice assistant easier

Google Pay isn't the only mobile payment option available to buyers as of this writing either. Instead, it joins Apple Pay, giving key insight into the reasoning behind the shift. As noted above, eBay has chosen Google's service due to its widespread use among mobile users because what is arguably the biggest demographic of shoppers –Millennials and Generation Z — is using those more than ever before.

That's a fact that's backed up by another key growth area among users in a related category as well. Millennials in some regions are shopping using voice services such as Google Assistant and Apple's Siri at an increasing rate. In fact, 45-percent of all voice assistant users are accessing the AI for shopping purposes in one form or another and Google Assistant leads the way in terms of which service is being used. Apple's Siri comes in at a close second followed even more closely by Amazon's Alexa.

Amazon's services will most likely never be used by eBay since they compete in similar segments but Apple Pay is already on eBay. As with that other service for iOS users, the addition of Google Pay will help eBay to create a much more native feel for Android users on eBay via its end-to-end management system.