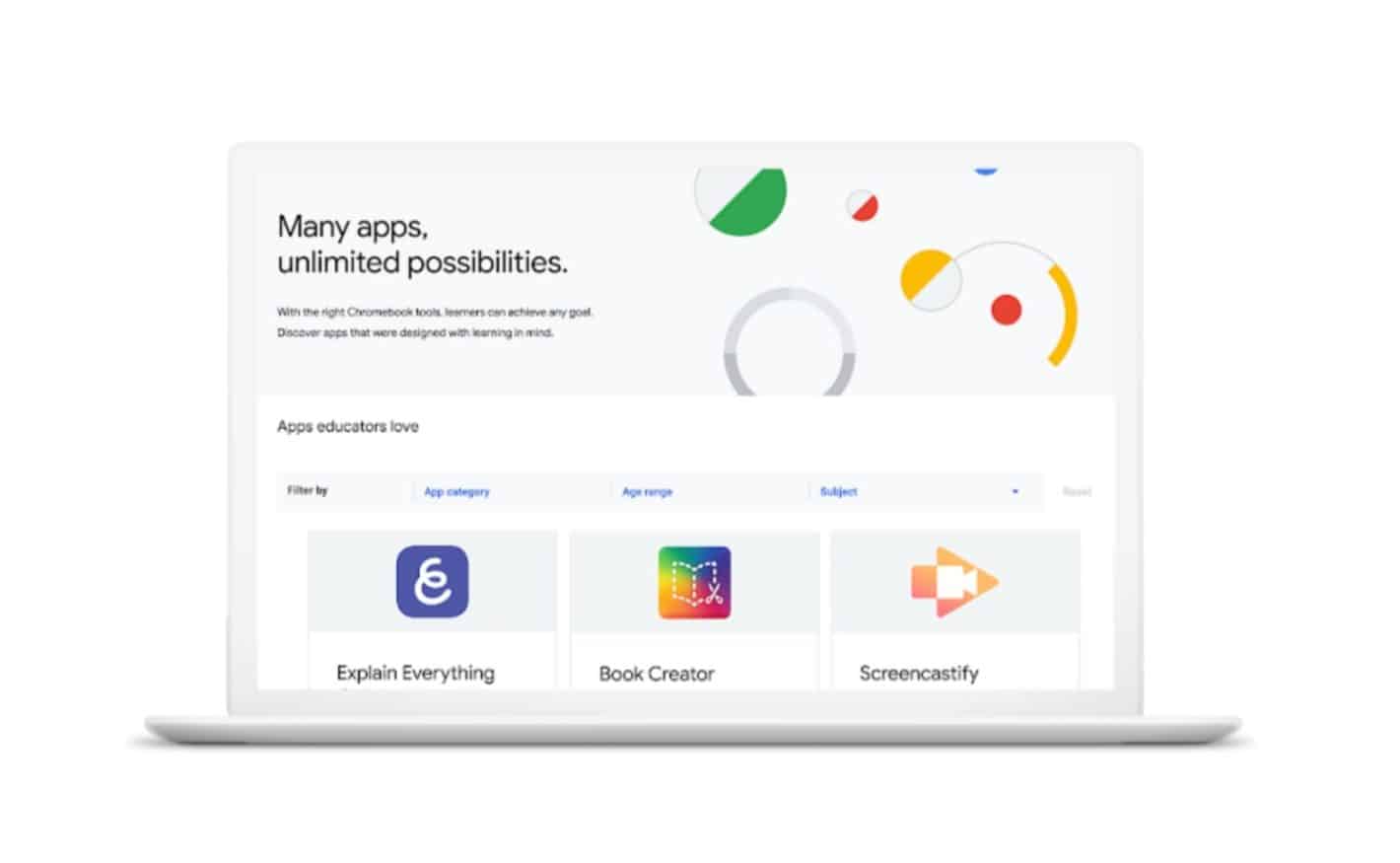 Google has taken to this year's SXSW EDU Conference & Festival to take the wraps off of a new Chromebook App Hub designed to make life easier for both educators and developers in the education segment of Chrome OS.

As its name might imply, the new tool is part of Google's education outreach initiative, acting as a web-based app market. But it won't cater to just anybody or to any purpose. It's expressly designed to reduce time finding applications or checking them for compatibility with a school's IT requirements while helping developers of those apps reach their audience faster and with less trouble.

For teachers, curriculum specialists, and IT administrators as a way to quickly and easily find or recommend apps for use in education. That's coupled with more in-depth information about developer data policies, giving administrators a better view of whether or not apps fit in with the privacy policy of their specific education environment.

Chromebook App Hub appears to function as a go-between for educators and developers as well as an app store. That's because it allows developers to gain insight into what works and why via its built-in tools that allow teachers to share both recommendations and how they're using a given app.

Referred to as "Idea Sparks," teachers can share techniques for using apps in their classroom or offer up ideas about how technology can be integrated into the learning process for developers' consideration. From a more developer-focused perspective, Chromebook App Hub also lets developers showcase their apps more directly to the intended audience and offers an opportunity for collaboration and transparency. The centralized education app market was developed in partnership with the Student Data Privacy Consortium (SPDC), allowing a deeper understanding for developers with regard to how their apps impact student privacy.

Chrome OS has grown over the past couple of years to occupy a substantial portion of the education sector in both the US. As early as October of 2017, the operating system became the most commonly used in Canada as well, with a growth peak of 43-percent according to one Futuresource analysis. That's driven not only Google's interest in investing in the segment but also the interest of OEMs and an accelerated rate.

As a result of that growth, hardware manufacturers have increasingly released new machines that are geared toward use in school environments in terms of both ruggedization, features, and performance. In fact, the prominence of education as a driving force behind the OS was on full display at this year's CES 2019 event as HP and other OEMs launched the world's first AMD devices not for the average user but for the education sector.

Google has redoubled its own efforts in the space via the launch of new software features aimed at making class and assignment management a much easier process. The new Chromebook App Hub takes things further still, acting as an invitation to third-party developers to become more involved, which may ultimately help the search giant secure its position in that market — creating a positive feedback loop around education via Chromebooks.

The new Chromebook App Hub is currently slated to become available later this year. A reasonable assumption may be that the tool will become available just ahead of the launch of the 2019-2020 school year at the end of summer. Google has a preliminary sign up page available for any educators or IT administrators interested in signing up. Idea Sparks can be submitted for consideration by developers following that sign-up and a separate developer form has been created too for those developers who are interested in creating apps for the platform.

Google has taken the opportunity to tout its Google Cloud for Startups program, which enables early-stage EdTech startups to gain traction more easily. The company will be tying that in with SXSW by sponsoring the EDU pitch competition, with finalists gaining $20,000 in Cloud credits via eligibility for the Spark Program and a winner gaining five times the credits via the "Surge Package." The search giant will be hosting developer sessions at the conference as well, in support of its education-focused Chrome OS efforts and the developers behind the educational experiences available on the platform.