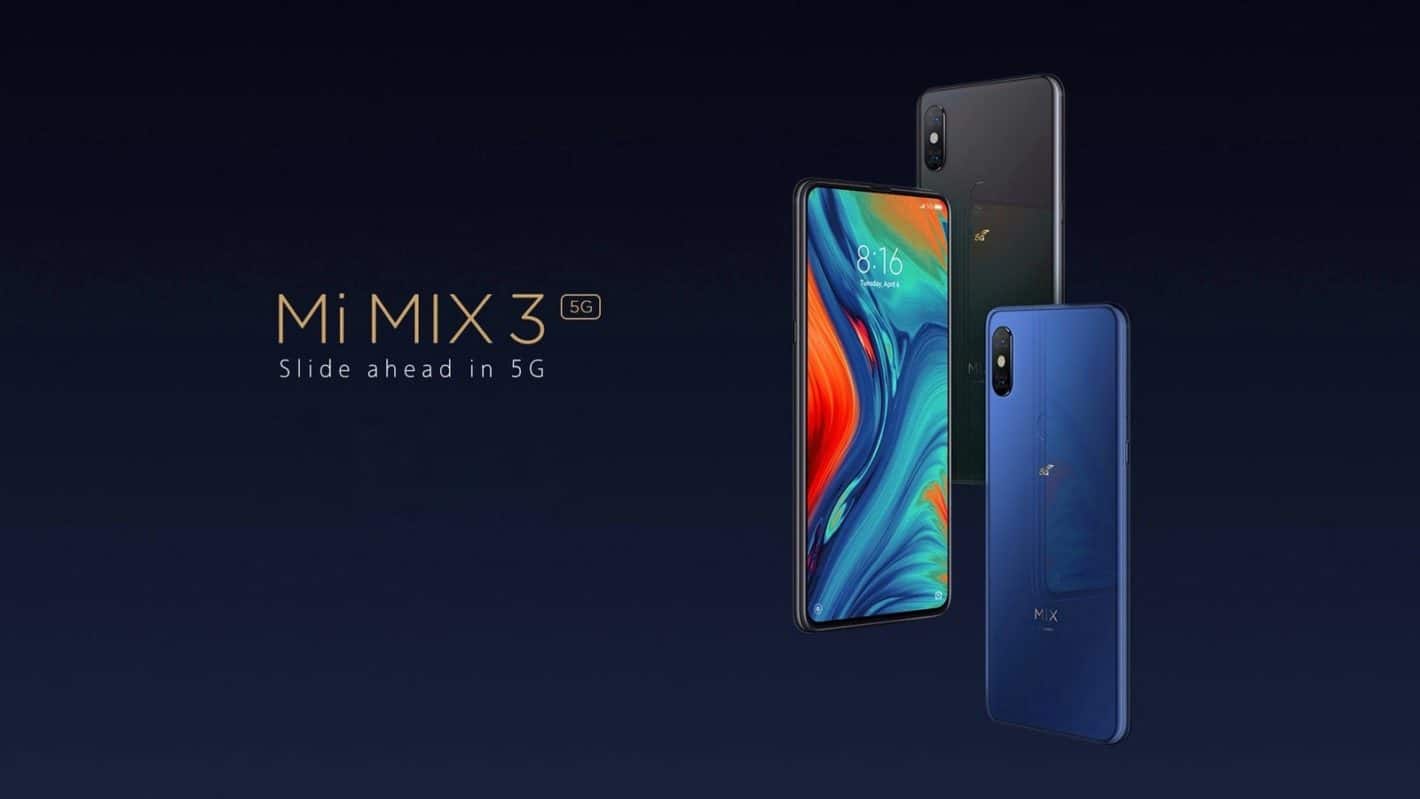 The arrival of the 5G Xiaomi Mi MIX 3 version at MWC 2019 was more or less expected, but that doesn’t change the fact that the company yet again managed to set a standard, showing other companies that a 5G-enabled handset does not need to cost a fortune.

The Xiaomi Mi MIX 3 5G is the name of the company’s very first 5G-enabled handset, and as you probably guessed it, this is essentially the Mi MIX 3 with 5G added on top, thanks to the Snapdragon 855 processor, and the belonging Qualcomm X50 modem. The original Mi MIX 3 was announced back in October with the Snapdragon 845 and 4G LTE connectivity, just for comparison’s sake.

Other than the different chip and connectivity options, this phone is identical to the original, but that’s not exactly a bad thing, as the Mi MIX 3 was praised for its looks, for the most part. The sliding camera mechanism is back, and the device will be available in two color variants for only €599 in Europe, which is considerably less than what most other companies plan to charge for its first 5G devices.

Unlike most modern smartphones, the Mi MIX 3 5G does not include a display notch, nor a display hole, but its bezels are still extremely thin… that’s mainly because its front-facing camera is hidden away until you slide the phone’s front from top to bottom, and reveal it. The Mi MIX 3 comes with a manual slider, and the device even ups the build quality by including ceramic on the back, same as the original model… in addition to its frame which is made out of metal.

The Mi MIX 3 is not a slouch in the camera department either, it comes with two really capable cameras on the back, and even though it’s not up to par with the latest and greatest camera smartphones out there, the device is still capable of producing really nice images and video. The Mi MIX 3 will also ship with the latest version of Google’s operating system, Android 9 Pie, with Xiaomi’s MIUI 10 added on top of it.

On top of everything we’ve already listed, this phone also comes with Quick Charge 4+ support, and 10W Qi charging, plus two SIM card slots. The phone will start to roll out this May with 6GB of RAM and 64GB of storage on the inside, and it seems that will be the only version of the phone that Xiaomi will introduce, at least as far as global variants are concerned.

The device will not make its way to the US, unfortunately, but those of you who live in Europe will find plenty to like here, and the Mi MIX 3 5G may be a viable option if you’re looking to break the bank for a 5G-enabled smartphone.