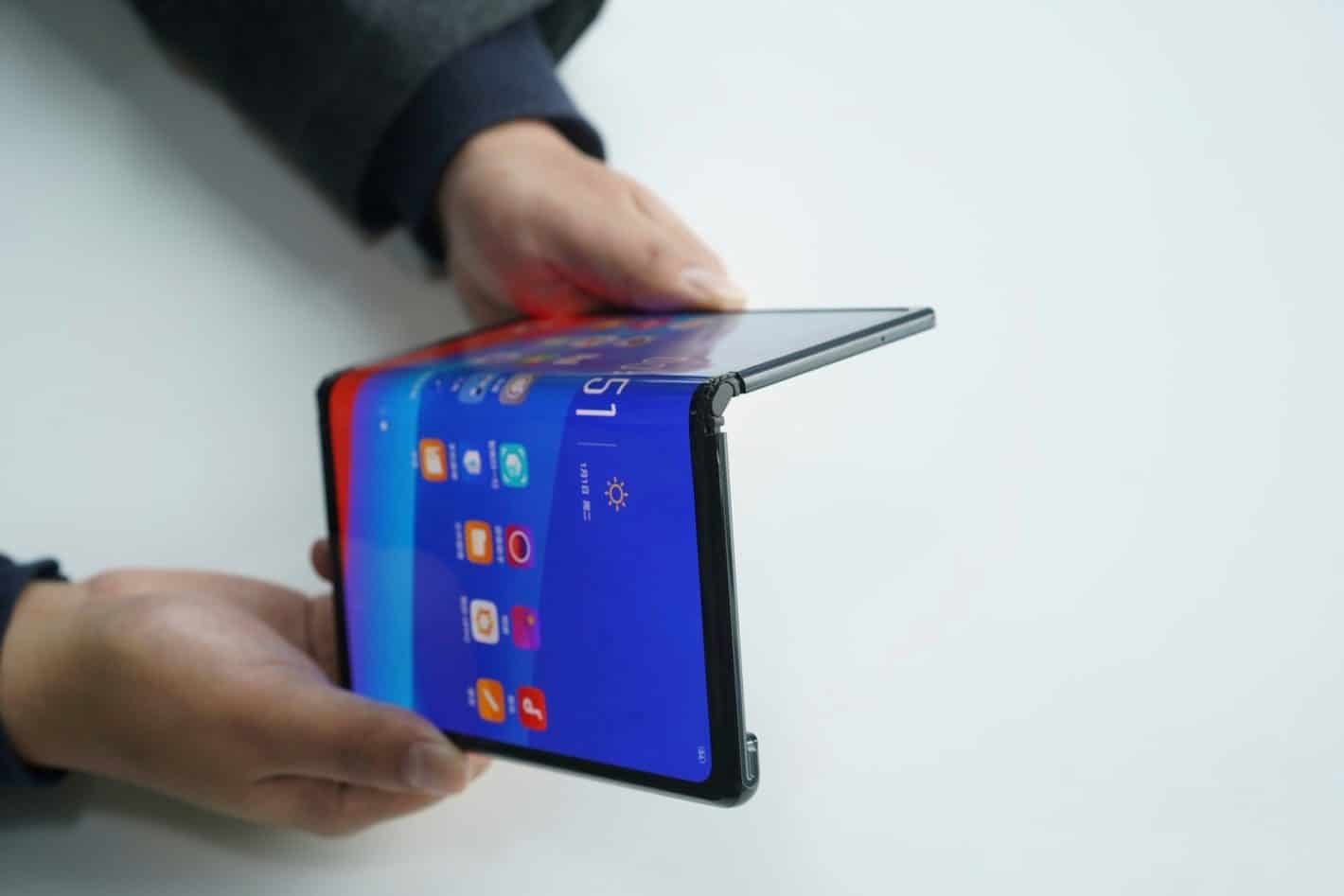 OPPO did not exactly announce its foldable smartphone at this year’s Mobile World Congress (MWC) in Barcelona, but the company’s Vice President did show its prototype. The device managed to surprise quite a few people as it resembles the Huawei Mate X quite a bit, which is not exactly a bad thing.

OPPO’s foldable smartphone prototype is amongst a bunch of foldable phones that companies showed off in the last week or so, it stands side-by-side with the Samsung Galaxy Fold, Huawei Mate X, and TCL’s foldable smartphone concepts that were shown off at MWC 2019 in Barcelona… well, the company’s focus was more on its patented “DragonHinge” than anything else, as TCL’s foldable devices will probably look different when they get released in 2020.

The foldable smartphone prototype from OPPO may not even make it to mass production, though, so that is worth noting. Brian Shen, the company’s VP, said that the company will see if there is a significant demand for the device, and if there is, the company will probably opt to sell it to consumers, if not… well, it probably will not.

This prototype managed to attract user’s attention mainly due to its design, the device has really thin bezels (when unfolded), and there’s no sight of a display notch of any kind, which is not something the Galaxy Fold can say for itself, as it sports a rather large corner display notch. The phone also has a raised portion on the right side, behind the display, where the cameras are located, and that part of the device actually gives you a place to grip the phone when it’s unfolded.

OPPO’s foldable unit folds like the Huawei Mate X, outwards, and when folded, part of its display sits next to the phone’s cameras, so you essentially get to use the device’s main cameras as front-facing cameras as well. This prototype includes two cameras, by the way, along with a dual-LED flash.

When this phone is folded, you’re presented with two displays, one that has cameras next to it, and the other one that has bezels on only three sides. We presume that both displays are meant to be used when the phone is folded, as with the Huawei Mate X. Only one of those display is active at a time, of course.

OPPO did not share any technical information about the device, so we don’t really know what sensors exactly will this device sports, nor do we have any other spec info when it comes to it. If OPPO opts to mass produce the device, it will probably be a high-end offering, same as all the other foldable phones out there. There is a slight chance that OPPO may include a mid-range chip in this phone, in order to lower its price tag, as it does with some of its devices, but that is unlikely. We’re only guessing here, as no specific info is available.

The main takeaway from all this, OPPO did a rather good job designing this phone, and it will hopefully become a reality at some point, as it will be interesting to compare this device with the Huawei Mate X, mainly because they’re so similar in terms of the design. If OPPO opts to actually sell this phone, that will probably happen in the second half of the year, at the earliest.