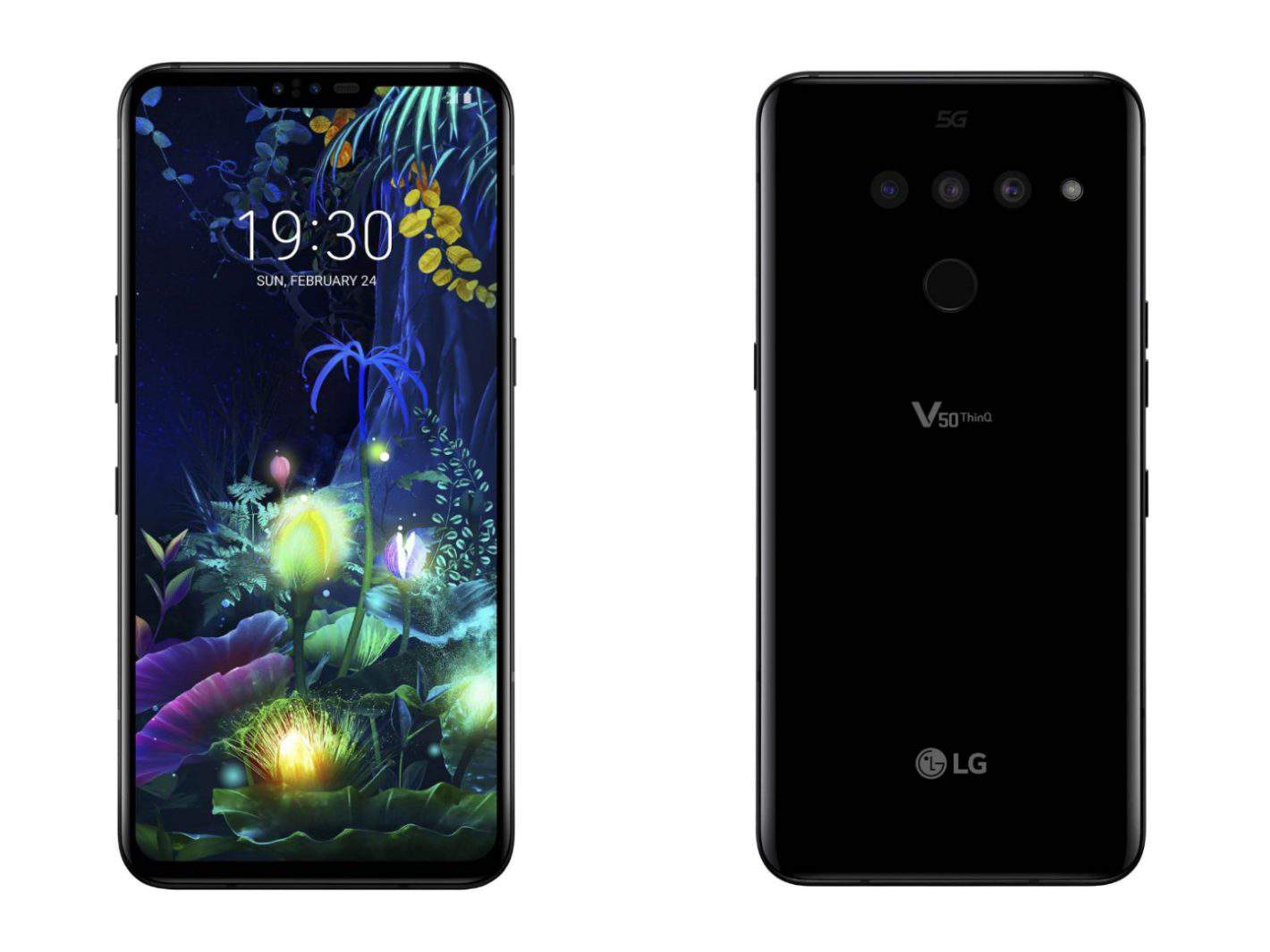 The LG V50 ThinQ rehashes V40 ThinQ’s design, but it impresses with what lies on the inside

LG had introduced its G8 ThinQ flagship at this year’s Mobile World Congress (MWC) in Barcelona, but in addition to that handset, the company also announced the V50 ThinQ 5G smartphone, its very first 5G-enabled device.

As most of you know, LG’s V series devices are usually announced way later in the year, in H2, so this announcement was kind of surprising even though the device did leak before the event. The phone basically looks like the V40 ThinQ that arrived last year, but the V50 ThinQ is a much more powerful device, of course.

Some people may wonder why LG opted to announce the V50 ThinQ 5G, and not just a 5G-enabled variant of the G8 ThinQ, well, because the V series phone is larger and it gave LG more space to work with. Those are the company’s words, so there you have it.

The LG V50 ThinQ may resemble its predecessor quite a bit, but this is a whole new beast, not only does it have the brand new Snapdragon 855 processor and the belonging Qualcomm X50 modem or 5G, but it also comes with a larger battery than its predecessor, and a new set of features.

The phone itself is made out of metal and glass, while it does sport a display notch, but that notch is not too wide, so chances are it won’t bother most people, though it’s not exactly a waterdrop notch or anything of the sort. The phone’s bezels are quite thin overall, and there are three cameras on its back, as LG opted for a regular RGB sensor, telephoto camera, and a super wide-angle camera this time around. There are also two cameras on the front, so the V50 ThinQ has five in total.

A 4,000mAh battery is placed on the inside of this phone, along with a 6.4-inch QHD+ FullVision OLED display. That battery, in collaboration with Android 9 Pie, LG’s optimizations, and the Snapdragon 855 SoC, should be more than enough to push this phone’s battery life enough for most users.

The LG V40 ThinQ is not a slouch in the audio department either, quite the contrary, this phone is packed with audio features, as were its predecessors. A 3.5mm headphone jack is here, same goes for a 32-bit Advanced Hi-Fi Quad DAC, and DTS: X 3D Surround Sound. Boombox speaker with stereo output is also included in the package, and the phone is both IP68 and MIL-STD-810G certified, so it’s not only water and dust resistant, but you don’t need to baby it either.

On top of everything, LG also included a Vapor Chamber heat-dissipation system which will keep the phone cool at all times, or at least it’s supposed to. Some accessories were introduced for the phone, including a rather odd Dual Screen accessory which may appeal to some of you. This phone will not become available as soon as you may think, though, LG simply said it will arrive later this year in the US, South Korea, Australia, and Europe, though more regions will probably join the list.