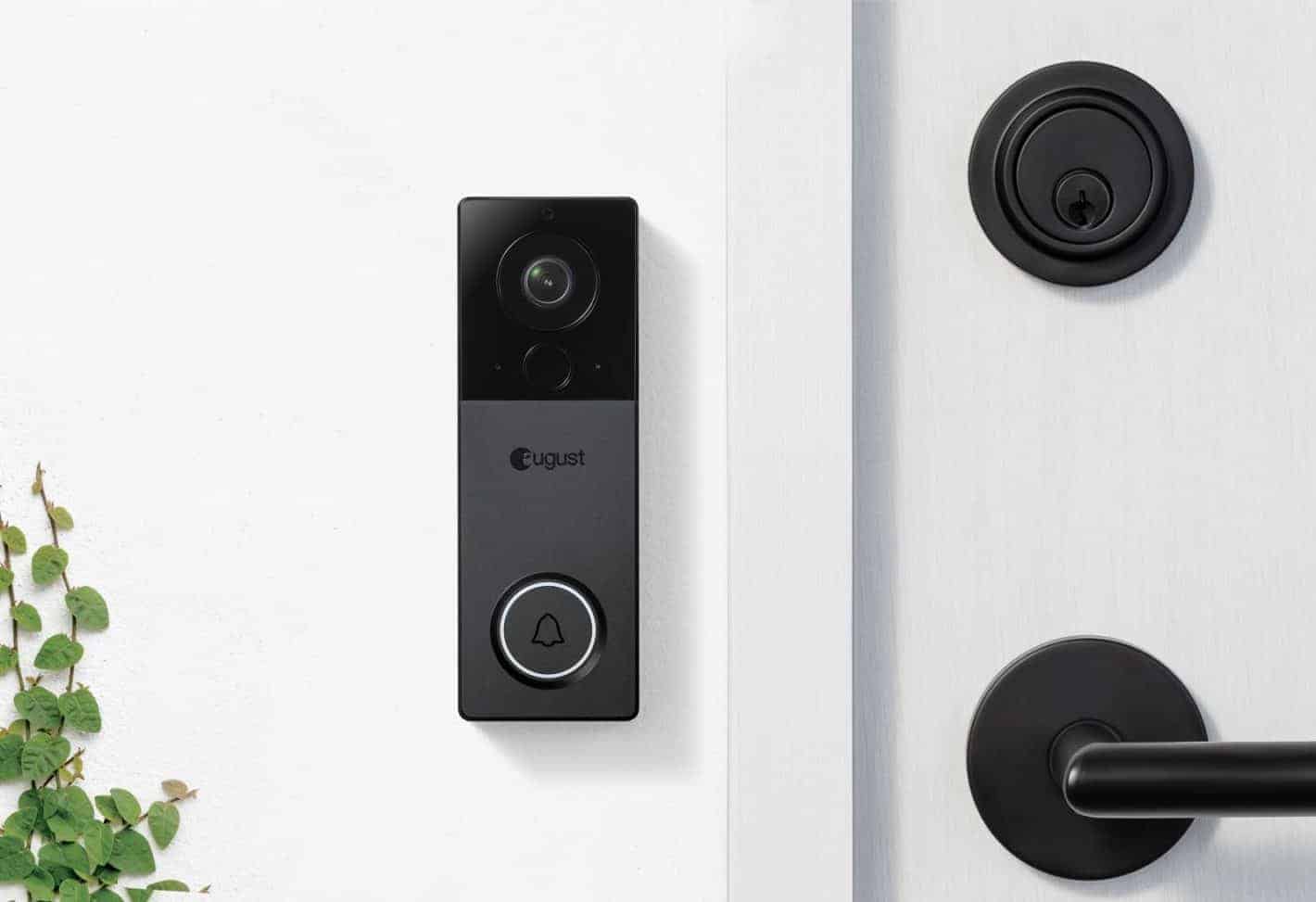 August, today, is announcing its first wire-free video doorbell, the August View. It still offers one of the best image sensors on the camera, allowing you to see who is at the door, but now, there are no wires involved. Many customers are not so keen about putting a video doorbell outside their home, as they need to deal with the wires to hook it up. That obstacle is avoided with the new August View.

One of the bigger upgrades that August gave the View, compared to its earlier Doorbell Cams, includes the higher-resolution camera. It is now a 1440p resolution sensor, instead of a 1080p sensor. This is going to allow users to zoom in, without distorting the image. Making it easier to see, particularly at night. This also offers a wider field-of-view, since it uses a fisheye lens. However, August did work to make sure that the lens did not distort the picture much, so it looks more realistic.

The camera does on-demand streaming. Basically what this means is that it is only going to be recording when it sees someone or motion. This way you aren't recording dead space all day long. And of course, you do have the option of opening up the August app and seeing what is going on outside. It will notify you when it sees movement outside your home, even if that person did not ring the doorbell.

Speaking of recordings, August does store clips for 24 hours, on its free plan. If you want to store these clips longer, you can upgrade to August's Gold and Platinum subscription plans that give you 15 and 30 days respectively.

August made sure that the clips that are recorded from this camera, are stored safely. The company says that they are "protected by two layers of authentication and GDPR-compliant security policies." This means that home-owners can rest easy knowing that their clips are being stored in the cloud, and not worry about others gaining access to those clips. Something that happened recently with Ring.

The August View does have a rechargeable battery, which comes off from the front of the doorbell, so you won't have to worry about removing the entire doorbell to recharge that battery. August is not saying how long that battery will last though. But since it is only recording when it sees movement, it should last for a few weeks, at least.

August made this new wire-free doorbell pretty customizable, allowing home-owners to swap out the face-plate and get one that would better fit their style or the color of their home. In the box, there is a black face-plate, but you can also get a red, blue or a white face-plate. There are also four metal face-plates that are going to be sold separately. Those are satin nickel, oil-rubbed bronze, matte brass, and midnight gray.

According to August, the View is going to be available starting on March 28, for $229. It will be available from August's website, as well as national retailers that already sell August's products. That includes retailers like Amazon, Best Buy, B&H Photo and more.