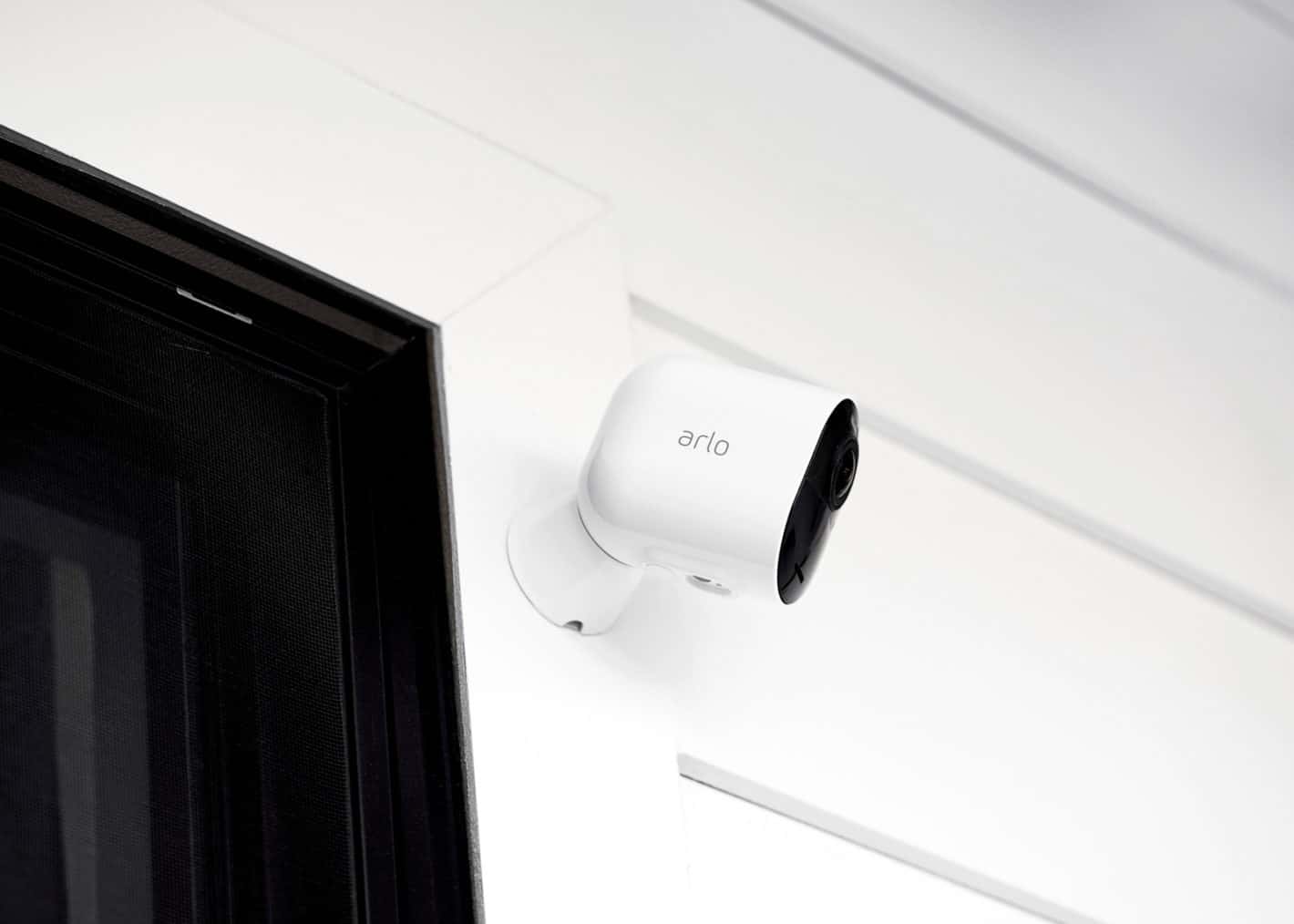 We're putting the Arlo Ultra up against the two cameras that we believe many are going to be comparing it too. The Arlo Pro 2, which is the company's flagship 1080p camera, and is a bit cheaper. The other is the Nest Cam IQ (specifically the outdoor version). This is because it is the only other 4K security camera on the market right now. And if you are looking for a 4K security camera, these are the only two you can look at. As no other security camera manufacturers have put out 4K cameras just yet, but that is likely to change in the very near future.

Both cameras do two-way audio, though that's not a surprise, considering most security cameras do two-way audio anyways. However, the Arlo Ultra does step things up with a dual microphone setup for noise cancellation. The Arlo Ultra is also able to identify people, allowing you to only get notifications for people that you do not recognize, instead of every time your kids come home from school (though that notification might be nice to get too).

The Arlo Ultra does come with better night sight too, and integrated spotlight. This spotlight is useful for turning on when you get home and can't find your keys, or need to scare off some guests that you don't want getting into your home. In addition to the new base station. Which is much smaller, and easier to hide, so it doesn't stick out like a sore thumb. It still has all the same features, included the siren, so you can sound that siren when someone gets into your house, in an attempt to scare them away. The base station is needed to connect all of your Arlo cameras, but if you already have one, then you can just purchase the Arlo Ultra without one.

As far as pricing goes, the Arlo Pro 2 is definitely cheaper. You can get a two-camera kit for $377 right now. While a single-camera kit of the Arlo Ultra is going to set you back $399, and a two-pack will be $599. The major advantage though, is that the Arlo Ultra comes with the newer base-station that is much sleeker and also much improved. But you can get the Arlo Ultra by itself for $279, versus a single Arlo Pro 2 for $165.99

The other 4K security camera on the market right now is the Nest Cam IQ, which has received some rave reviews. The two cameras share a lot in common. But as mentioned already, the Nest Cam IQ is not wire-free, meaning it still needs to be plugged in. The Arlo Ultra also has a wider field-of-view at 180 degrees, versus the 130 that the Nest Cam IQ has. Both also have two-way audio, with Nest using high-definition voice, and Arlo going with noise cancellation.

One area where the Arlo Ultra and Nest Cam IQ Outdoor really differ is in digital voice assistant support. Nest is owned by Google, and Amazon is not best friends with Google right now, so it makes sense that the Nest Cam IQ Outdoor is only available with Google Assistant support. Meanwhile, the Arlo Ultra is available for both Google Assistant and Amazon Alexa. As expected, this really only works with a smart display, but you can ask the Google Assistant or Amazon Alexa to bring up the live feed from your camera right there on your display (or Fire TV). It's somewhat of a niche experience, but it is a nice feature to have.

Both cameras do also come with mounts in the box, to make it easier to mount the camera outside, in the perfect position. There is a difference between the mounts though. Arlo uses a magnetic mount. The mount is screwed to your house, but the mount attaches to the camera using magnets. The reason for this is so that you can take it down easily to remove the battery and charge it, without having to remove the entire mount, which would kind of defeat the purpose.

Arlo Ultra does also have that integrated spotlight, and the base-station that has a siren built-in. So you can really make your own security system for your home, to scare off everyone that might be trying to get into your house. Nest does not have a spotlight or siren built-in. Instead, you'd have to rely on the two-way audio to attempt to scare people away from getting into your home.

Arlo has a number of subscription plans that you can subscribe too, though Arlo Ultra buyers get a year of Arlo Smart Premiere for free. This is the middle plan, that costs $9.99 per month normally, or $119.88 per year. It works on up to 10 cameras, will allow you to store clips recorded by your Arlo Ultra for up to 30 days, in the cloud.

Smart Premiere provides custom activity zones, so you can set a zone within the camera's field-of-view, to get notifications only when something happens in that area. Instead of getting notifications when your dog goes outside. It also gains the Advanced AI Detection, which is how the camera is able to detect that the person it is seeing is someone it should be seeing, versus someone that it should not be seeing. This feature is still fairly new, so it doesn't work 100-percent yet.

Arlo Smart Premiere is a pretty good service to have on your cameras, being able to keep those clips recorded for up to 30 days, can be a pretty big deal. Say someone broke into your house, you can provide the cops with footage of who it was.

The Arlo Ultra does have a pretty steep price tag, and if the first thing you look at is the price tag, you are going to be turned off pretty quickly. $399 for a single camera with the base station, is not cheap. But for what you are getting here, it is likely the best option out there. Now if you are not dead set on getting a 4K HDR security camera, then the Arlo Pro 2 is a better option. It's about a third of the price, per camera. And it is still wire-free, so you can place it outside. But if you are looking for a 4K HDR camera, there's really only two options, and the Arlo Ultra does seem to be the better option. Largely due to the price and it being wire-free.

Arlo's products do typically end up being cheaper than Nest, and the fact that it plays better with more products, is also a big deal. Not being able to use the Nest Cam IQ Outdoor with Alexa could be a deal breaker for a lot of people, especially those that do use Alexa for everything else in their home already.

Additionally, the Arlo Ultra would work great with the Arlo Audio Doorbell. That doorbell is pretty cheap, about $60, and that is because it does not have a camera built-in. Arlo decided that most of its customers will already have a camera in their home, so adding one to the doorbell was not needed. You could place a camera above your door, out of sight and still see whoever is coming to your door to ring your Arlo Audio Doorbell. These two do work together very nicely.

All three of the smart cameras listed in this article are really great options for most people, whether you need 1080p or want 4K video. Smart security cameras are not getting any cheaper, and this is because there are more and more features being added. This is due to the fact that most people are opting to do home security themselves, instead of relying on a company like ADT to do it for them. This way they aren't paying a fortune every month and can put cameras where they want them (which may not be inside their home).