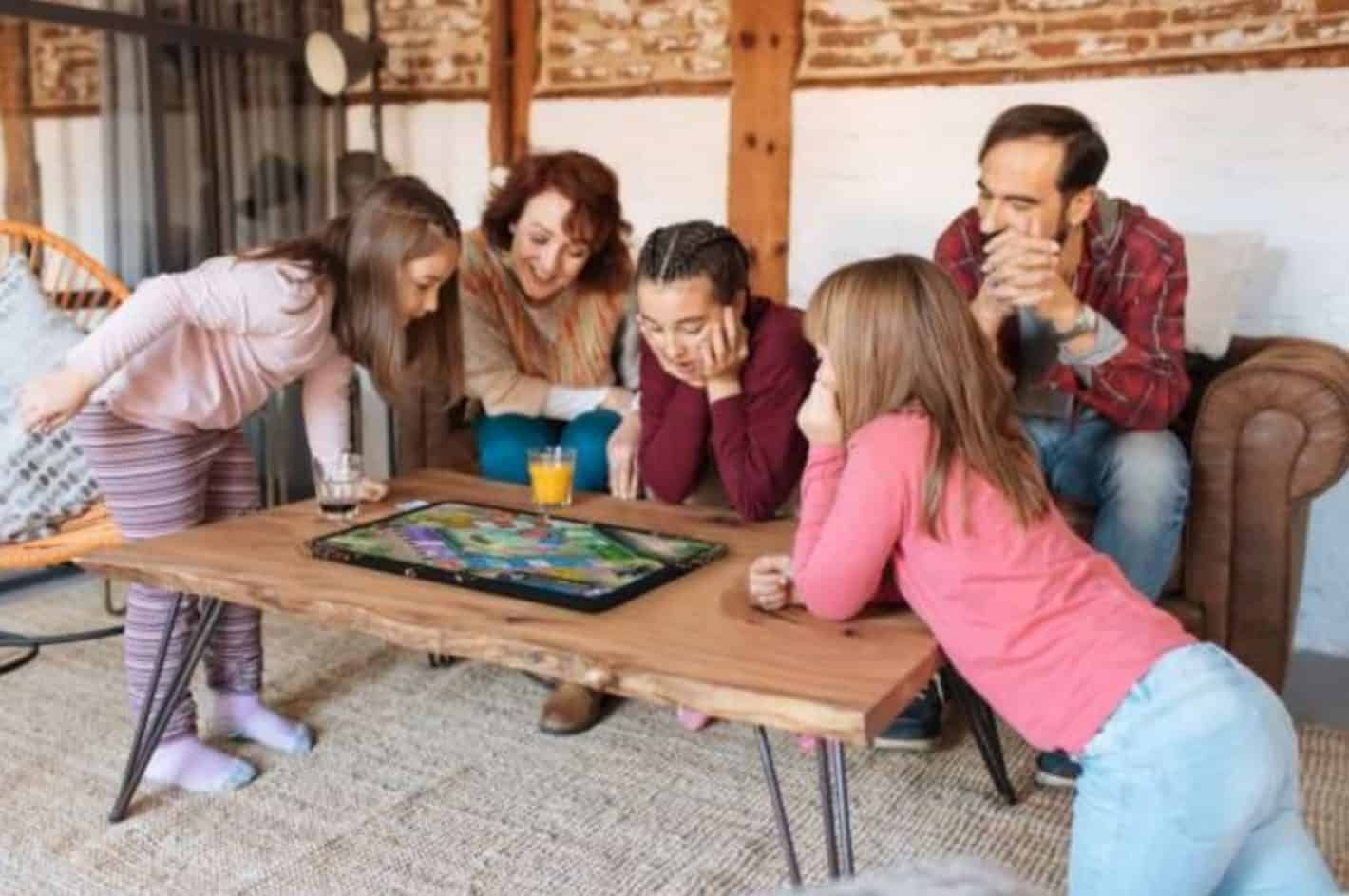 While other companies are rapidly shifting gears to promote cloud-based gaming experiences, ARCHOS has now revealed a device that goes decidedly against that grain and focuses on local gameplay in a digital form via the ARCHOS Play Tab.  As its name suggests, the new device is a tablet but at 21.5-inches and with a goal to reunite users over more traditional family game night-style titles, this budget gadget is very different from most other offerings available.

ARCHOS says its new tablet is specifically intended for users to gather around over classic board games. It packs in all of the features one might expect from a tablet, including Android 9 Pie and a high-capacity battery, in addition to full support for 3D, AR, and AI-enabled apps. It also comes packed with plenty to do while everybody's hanging out thanks to the 3.5-million apps, games, movies, music, and books available via the Google Play Store.

While the gadget certainly appears thicker than most on the market, it's also designed to withstand a bit more abuse, keeping it relatively safe from harm.

ARCHOS hasn't given away all of the details regarding the specifications of its latest tablet but the details provided so far indicate the Play Tab is well-prepared to handle just about anything users want to throw at it.

Driven by a 5,000 mAh capacity battery, the tablet is powered by a 'high performance' but unspecified octa-core chipset backed up by a healthy, but not spectacular, 3GB of memory and 32GB of onboard storage. Its 21.5-inch display is set at a full HD resolution that should hit something of a sweet spot for the ARCHOS Play Tab's underlying purpose. The tempered glass front panel is also comparatively hefty at 6mm while splash and shock resistance is part of the overall design.

For software, ARCHOS is heavily focused on making localized gameplay enjoyable with over 1,000 titles embedded from the start, across several categories ranging from strategy to educational, complete with animated rulebooks and tutorials. Those games can be started or stopped as needed and there's a dedicated interface in place to make the play as straightforward as possible.

The company specifically lists Carcassonne, Gloomheaven, Monopoly, Pandemic, Scrabble, Settlers of Catan, The Room, Ticket to Ride, and Uno as some of the 'freemium' titles consumers can expect to find.

Of course, since this is a dedicated, board-game-focused tablet, there don't appear to be any cameras or other hardware of the sort to speak of.

Pricing for the new ARCHOS tablet follows in line with other offerings the manufacturer has released over the past several months, landing neatly just above the 'budget' end of the spectrum. The tablet is expected to cost just €249 — approximately $280.

The company says it will release the ARCHOS Play Tab in Europe just in time for 'Back to School 2019'. That should place the arrival of the tablet at right around early September. As of this writing, the company hasn't expressly provided details regarding whether or not no word the ARCHOS Play Tab will launch in any other regions.