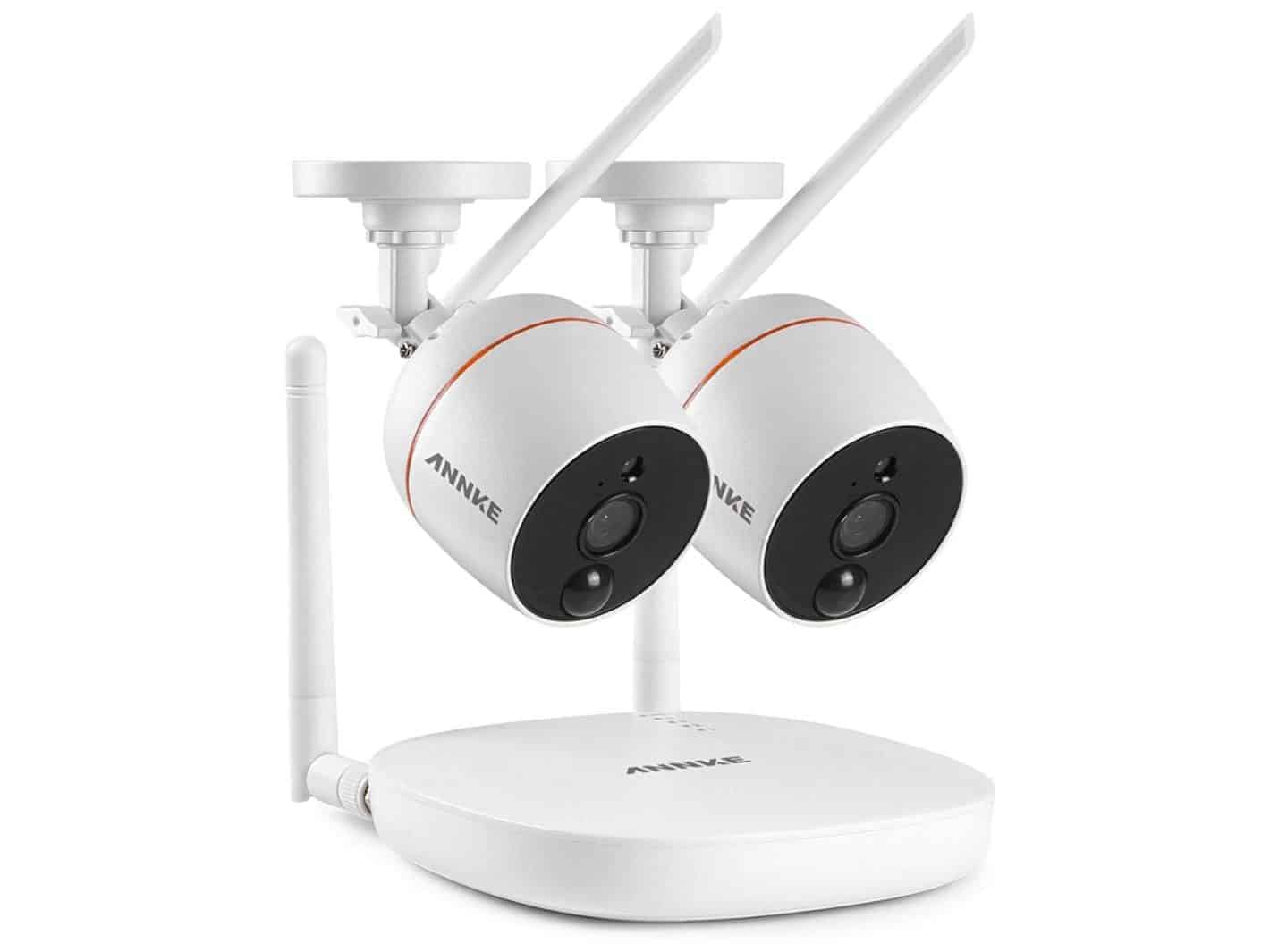 If you've been planning to get some security cameras for your house or office, well, we can now offer you a discount on one of Annke's setups. Before we get to an actual price of this setup, it is worth noting that we're talking about wireless cameras that can shoot in 1080p, and two cameras are included in this package.

These cameras come with PIR motion detection, and two-way audio, so you can both hear what's going on nearby, while you can also talk to people outside of your home, office, or wherever else you set these cameras up.

These cameras are meant to be used either indoors or outdoors, it's completely up to you, your preferences / needs. If you do opt to use them outdoors, though, you'll be glad to know that they're weatherproof, as they come with IP66 certification, so rain, snow, or any other type of weather won't really bother these cameras at all.

These cameras are really easy to set up, says Annke, as you don't need to hook up any wires or anything of the sort, it's mostly a plug-and-play procedure, which essentially means it's painless. Along with the two cameras, you will get Annke's Wi-Fi access point, which will work in collaboration with your router, of course.

These cameras come with support for local storage as well, you can expand their storage up to 128GB via a TF card. PIR motion detection and smart alerts are also a part of the package. Whenever either of these cameras detects motion, you can set them up to shoot up e-mails or notifications your way. Before you do that, however, you will need to set up Annke's Android application, which will work in collaboration with these cameras and give you plenty of options.

In case you don't want to use an app, for whatever reason, that's not a problem, you can communicate with these cameras from your computer as well, as it supports other systems such as Windows OS, Mac OS, and so on, same goes for various Internet browsers.

As part of this package, Annke is also offering a lifetime e-mail support, and a 2-year warranty for its product. On top of that, a 90-day money back guarantee is also available via Amazon, which is always appreciated.

Annke's wireless IP camera 2-pack is listed on Amazon for $119.99 at the moment, but thanks to the provided coupon code (which is included down below), you can grab this setup for only $95.99. This offer is valid until March 22 (end of day PST), so if you're interested, a purchase link is included down below. These two cameras are available in white color only, same goes for the wireless access point, though chances are that won't bother many of you.