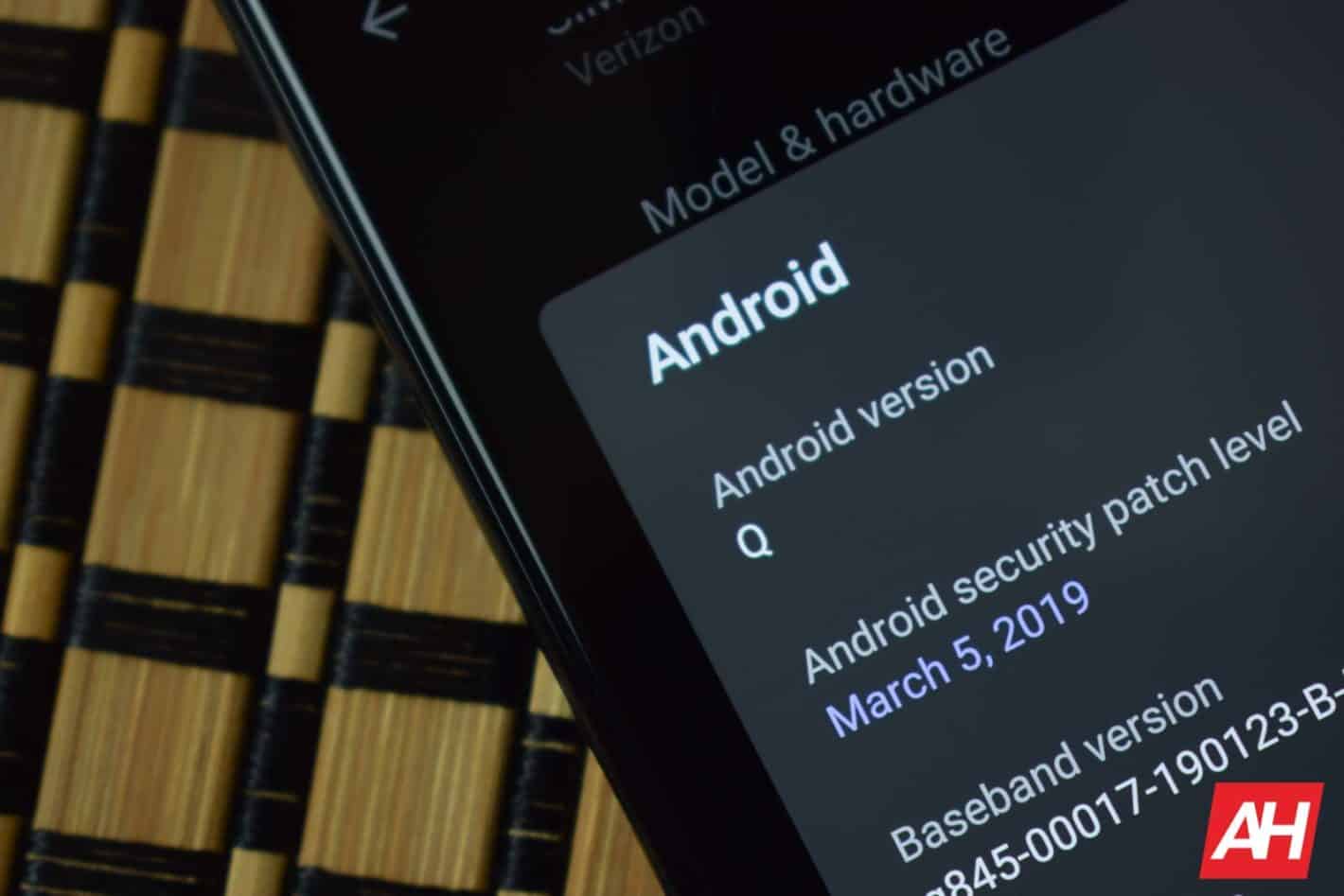 This past week, Google released the first beta of Android Q. The first of six betas, before the stable release comes in Q3. This gives our first taste of what to expect from Google with the next version of Android. While Google did not go in-depth into what is new with Android Q just yet, there are still quite a few changes in the new version of Android. More of the bigger features will be unveiled at Google I/O in early May though.

Over the past few days, we've been playing around with Android Q, beta 1 on a Pixel 3 XL, and it is actually surprisingly pretty smooth. Things are still broken, as expected with a beta – especially a first beta. And we have some thoughts, so here are our first impressions of Android Q.

Google has had a form of a dark theme in Android since Pie last year. However, it was really only in the notification shade. With Android Q, it is now available throughout the majority of the system. This lived up to the rumors and leaks that surfaced before the beta appeared this week. It does look really good. It's a true black theme, with some gray elements, but for the most part it's all black.

The only real issue with dark mode right now is the fact that, well, you're stuck with it. If you had dark mode on (usually from a dark wallpaper) before you upgraded to Android Q, then you are stuck with dark mode on. Not necessarily a bad thing, but if you wanted it to switch to a lighter mode during the day and then dark at night, that won't happen just yet. Now you can force it, with an ADB command, but for many, it's not worth it.

If you don't have dark mode on by default, you can turn on battery saver mode and it'll turn the entire interface black – essentially giving you dark mode. It's unclear if that is how it will work when Android Q becomes stable later this year though.

Building on dark mode, there is now an option in the developer settings to adjust the accents throughout the OS. You can choose from black, blue, purple and green. So instead of being stuck with the blue that Google has chosen, you can opt for another color.

Seeing as these are accent colors, that is exactly what it changes. This means that the quick settings toggles will change to that color, accents in the settings app will also change. It gives you a little bit of theming options without needing to install anything or root the phone. However, since this is in the developer options, it is possible that this is removed before the stable build of Android Q launches. We've seen that before with features in developer options – getting removed before the stable build comes out.

Notifications changes are both good and bad

The other change, is rather subtle. It will show a bell next to the notification that just rung your phone. Have you ever heard your phone ring, but are unsure of which notification just came in? That's no longer an issue with Android Q. The bell icon will show you exactly which one did it. It's a small icon that is in the top line next to the name of the app and the time that it came in.

One of the biggest issues with Android has been the Share menu. Have you tried to share a link from Google Chrome to someone in Hangouts or WhatsApp? Hitting the "Share" button would cause the menu to take a few seconds to load. Sometimes it can even be longer than that. Google acknowledged that this was an issue last year, and has now fixed it in Android Q.

The reason why the share menu was so slow prior to Android Q was the fact that it was polling all of the apps on your smartphone to find out which apps could be shared too. And it would also poll them for your most recent contacts, to share directly to them, from different apps. Now, it is all built into the app. So developers will need to make some share targets here, but it is all built-in ahead of time, which should keep it fast.

Now when you tap on the "Share" button in any app, it pulls up the share menu instantly. The only thing that might take a few extra seconds is the row of contacts. But even that is much faster now than it was in the past.

In Android Q, there is now a "Privacy" section within the settings. This section is going to allow users to see what permissions apps have, as well as whether you want to show characters briefly when typing in passwords, control what content is on your lock screen and select your preferred autofill service.

The app permissions is probably the most important part here. When you tap on it, it'll show all of the different permissions available. Like calendar, call logs, camera, location, etc. Tap on one of those, and it'll show you a list of the apps that have access, and then an app that have that permission denied. This is easier than a toggle for each permission in the app's settings. As it makes it a bit easier to decipher which app has access and which doesn't.

Lock screen information hasn't really changed. You can still choose to show all notification content on the lock screen, hide sensitive content of don't show notifications at all. The menu is the same, it is just moved into this new menu in Android Q.

Finally, there is sections for your Autofill data, location history, as well as usage and diagnostics. So you can, to an extent, control what information Google collects from you.

It may not sound like a lot, but what Google is trying to do here is, protect its users from rogue apps. We've seen many apps asking for permissions that it doesn't need, and shouldn't need. For example, a flashlight app (from many years ago) was asking for your call logs. Why does a flashlight need access to your call logs? It doesn't. By giving users this ability to decide which specific permissions each app gets, it's going to improve the user experience and protect them from some bad actors.

As usual with these betas, it's mostly under-the-hood changes that are happening here. There's not a whole lot of user-facing changes in Android Q, yet. That might (and likely will) change at Google I/O in May – where the third beta will be launching. Though, Android Q does feel a lot more smooth than Android Pie does on the Pixel 3 XL. Arguably the biggest feature in Android Q is the system-wide dark mode, even though it does seem to be somewhat broken right now.

The last few years, the updates to Android haven't been as big as they've been in the past. This shows how Android as a platform, has matured over the years. It hasn't had a huge redesign since around Android Lollipop, then a slight redesign with Android Nougat, almost three years ago. While the latest version may not be as exciting for Android users, it's not a bad thing. Google isn't fixing what isn't broken.

How to get the Android Q Beta 1?

If you own the Pixel, Pixel XL, Pixel 2, Pixel 2 XL, Pixel 3 or Pixel 3 XL, you'll be able to run the beta. Simply head to this website and enroll your device into the beta. It'll show you which devices are compatible. Once you have enrolled, the update should be available in the next few minutes. It's going to be a large update – around 1.3GB. So you'll want to make sure you are connected to WiFi before downloading.

Last year, Google opened the Android P beta to other manufacturers like OnePlus, OPPO, Xiaomi, Sony and more. That didn't happen until the second beta was released at Google I/O. That is expected to happen again this year, though the OEMs have not confirmed this just yet.