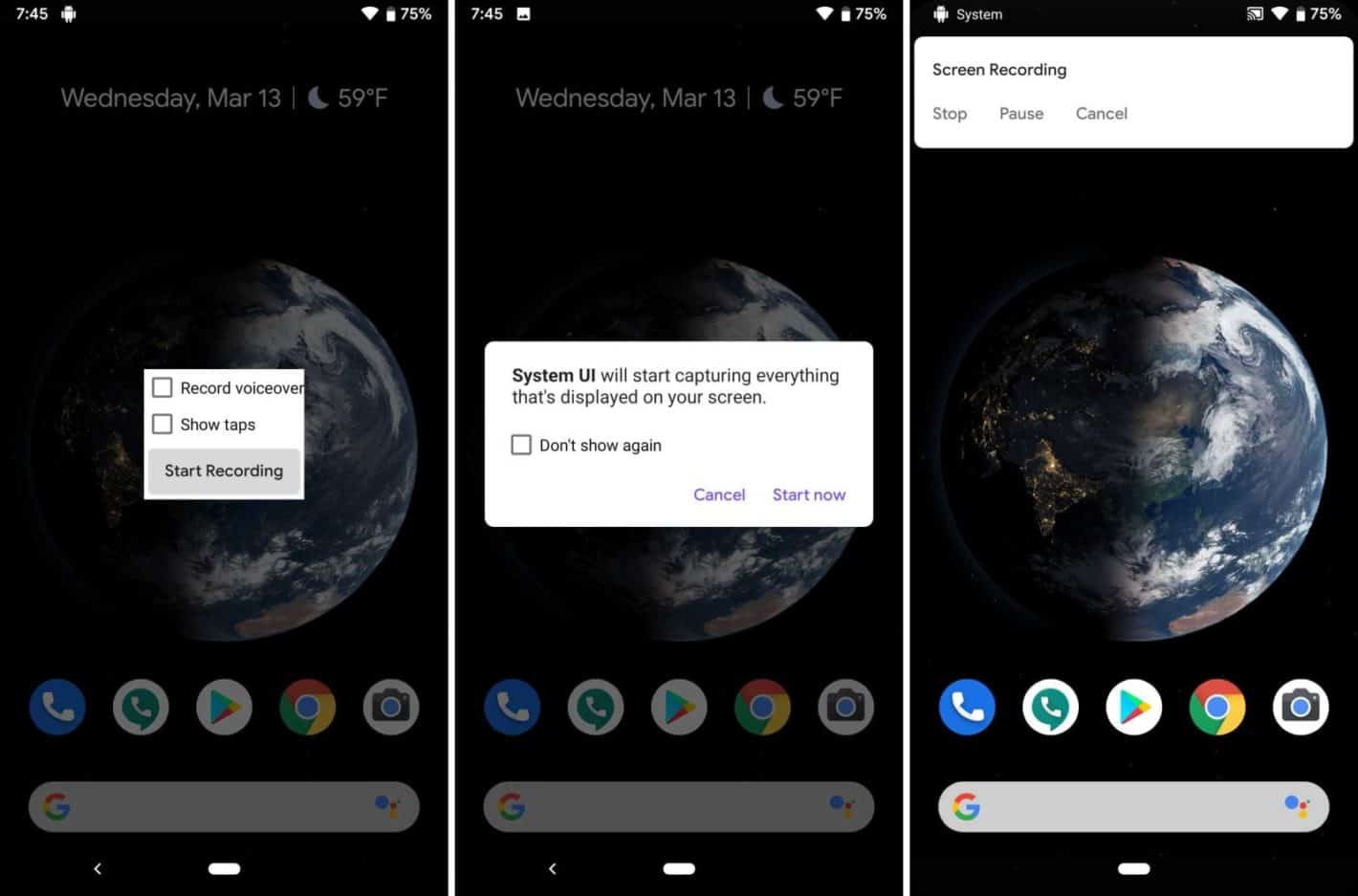 Android Q is apparently going to bring the “Screen Recording” feature more into the foreground, judging by the inclusion of a screen recording flag found in the recent Android Q beta release. As 9to5Google reports, the feature is hidden inside Developer Options and needs to be enabled manually as opposed to having its own shortcut/toggle, but once enabled, it seems to work as intended.

The way the flag can be enabled could change by the time Android Q will be ready for a public release, but only time will tell whether this feature will make it to the final build. Some early features in Android beta don’t make it all the way to the final release and given that Google only recently launched the first Android Q beta build for the Pixel range of smartphones, the changelog will remain subject to change until later this year. Even more so given that the new screen recording feature is fairly hidden.

The way to access it at this time is by opening the Settings app, navigating to Developer Options, Feature Flags, and the Debugging section, and finally enabling the “settings_screenrecord_long_press” flag. Users can then long-press the power button to summon the power menu which now contains a “Screenshot” button. Long-press that and users can choose between a couple of options before starting a new recording, such as “show taps” and “record voiceover.” The recording process can then be stopped from the Notification shade.

How is this different from earlier screen recording?

Screen recording has a fairly long history in Android OS. The feature initially became available with Android 4.4 KitKat but only through third-party apps which required devices to have root access. In the majority of cases this meant that the feature was not available out of the box when purchasing a KitKat-powered phone, nor was it easily accessible via third-party solutions.

Screen recording got native support from Google through an updated API with the release of Android 5.0 Lollipop in 2014. The changes to the API meant that third-party developers could now take advantage of the screen recording capabilities built into the firmware, and their applications would no longer require root access.

This was a considerable step in the right direction, as Android smartphone users could simply download a screen recording third-party app from the Google Play Store without having to worry about rooting their devices.

As yet there’s no easy way to enable screen recording without accessing Developer Options but once the flag is enabled the UI element for starting and stopping a recording become apparent. Sure, the design might change over time but these are just minor details and if Google decides this should become a main feature in Android Q then additional UI elements could be created around it.

Android Q Beta 1 is now available for eligible users for the entire Pixel smartphone series. A few more beta releases are expected to hit the waves over the coming months until Google will be ready to officially introduce the new firmware along with its final name.