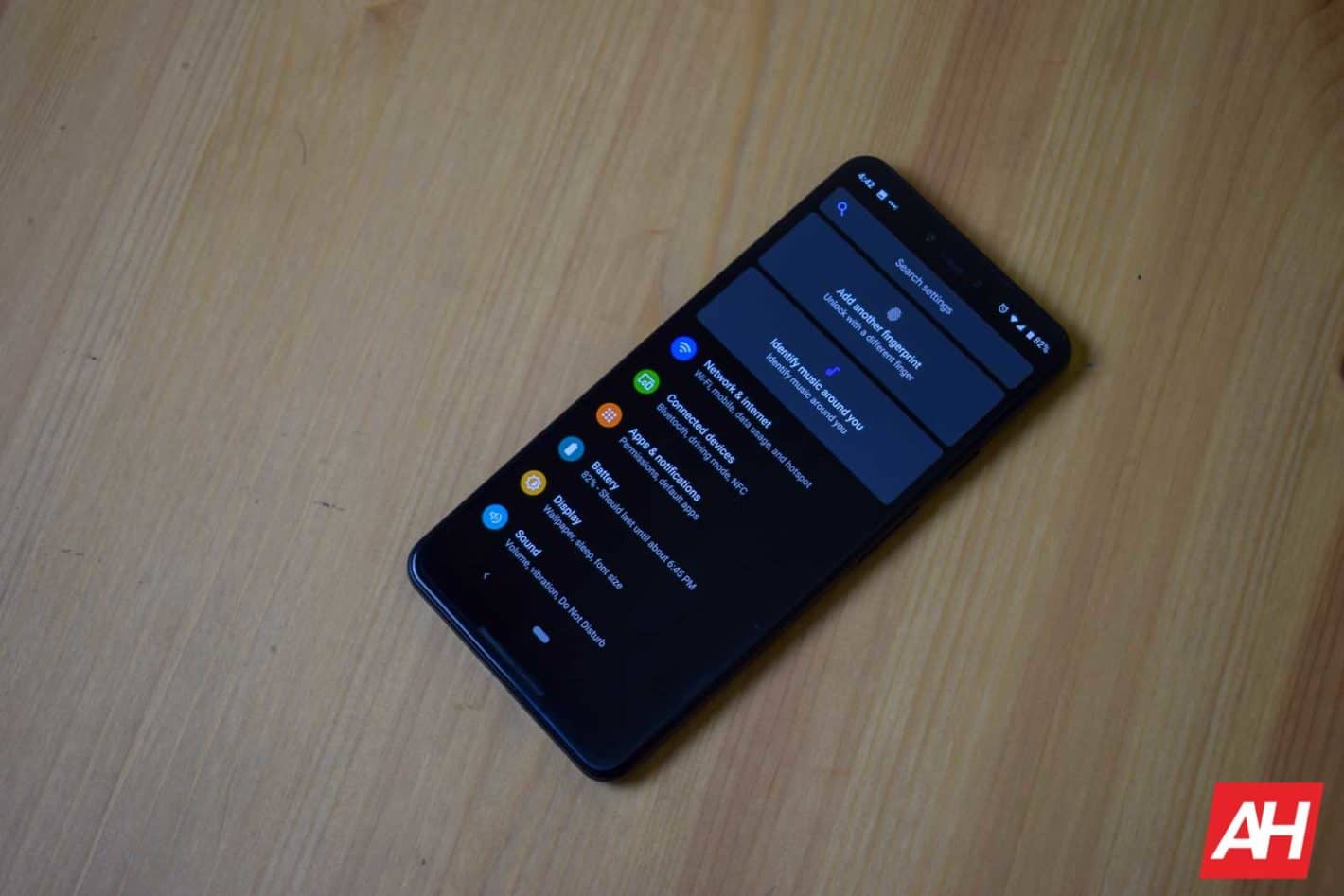 Android Q has finally arrived in its initial testing phases via Beta 1 and one of the biggest expected features, a system-wide dark mode, seems to have arrived in an almost entirely dysfunctional state. Some users are able to inadvertently access dark mode so there is at least some information to be had about it but dark mode simply isn't ready yet for the overwhelming majority of testers.

The gray tones spotted in early leaks about the feature are now non-existent for users that have been able to access the feature. In their place, users are greeted with a solid black tone that should be well-suited for OLED panels. Color schemes across settings and in the notification shade appear to remain mostly unchanged unless users access the accent color theming option in the "Developer options" segment of the Settings menu.

There is, however, an enormous caveat to the new dark mode. Namely, it isn't immediately clear that it was intended to be included in Beta 1, to begin with.

Initially, reports about dark mode have been somewhat confused because, as hinted above, not everybody has been able to access it. Worse, it doesn't appear to be something that can be accessed deliberately either to turn it off or on. For some users, the feature seemed turned on automatically when the Beta 1 firmware was installed while others — including Pixel users at Android Headlines — noted that the setting to activate it or deactivate it was nowhere to be found.

Summarily, settings to turn things off or on with regard to dark mode are not found in either the general settings menu or in under the above-mentioned "Developer options," for the time being.

Making matters more confusing, some have reported that dark mode turns on when battery savings features are activated. That would make sense in the context of a beta for the new firmware. It would effectively give developers on Google's mobile OS a way to turn dark mode off or on much more quickly for testing purposes but that turns out to not happen for every user either.

According to some other reports appearing across the web, it may also be required that users gain access to the device via Android Debug Bridge (adb) and tweak settings to alternate between the two installed themes that appear to be cropping up online.

This will (hopefully) get better

There are a total of six Beta phases leading up to the launch of Android Q to the general user base and that's not slated to be until Q3 2019 according to Google's estimated timeline for the program. So there is a very good chance the current quirkiness of dark mode will disappear before that happens.

Dark mode may be fixed before Google's upcoming I/O developer event in May since the timeline shows that Beta 2 will be ready ahead or it may be fixed in order to be announced at the event itself. Whatever the case turns out to be, dark mode is definitely on the way but it certainly seems broken for now.