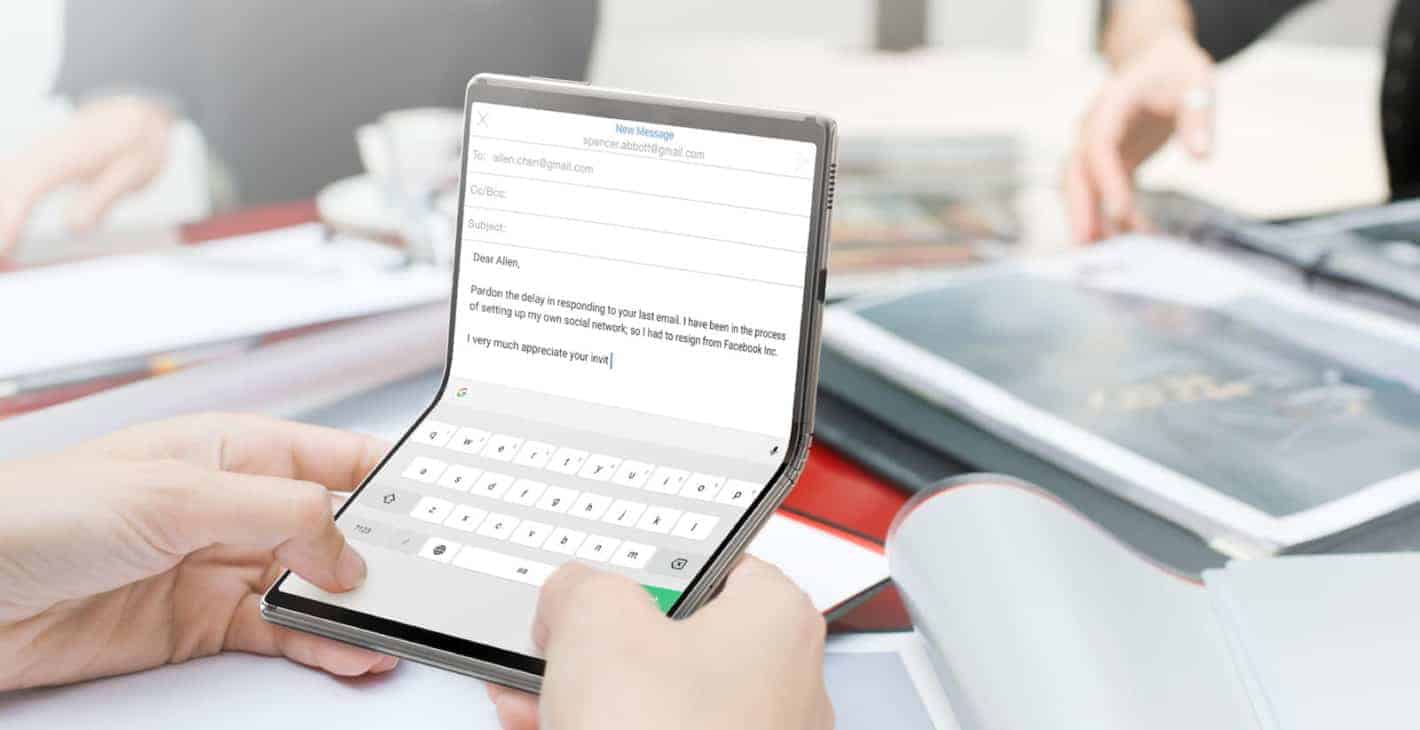 Consumer electronics, dragons, and butterflies are hardly the terms you'd expect to see sharing a sentence, yet that's exactly what's now the case due to TCL Communication.

The Chinese device manufacturer already surprised the global public by unveiling the DragonHinge at this year's edition of Mobile World Congress held in the famous Spanish city of Barcelona last week. Behind that aggressively direct name is a somewhat more elegant contraption designed as the central piece of the company's vision for foldable handsets, an emerging trend that's finally taking shape following about a decade of active development.

While light on the details, the TCL confirmed DragonHinge can allow for bendable handsets without the need for any truly foldable screens to be manufactured. In other words, it connects two mostly flat displays in a manner that sees them move around a uniform mechanical housing so as to generate an effective illusion of foldability while in reality being more of a two-screen laptop or some kind of a highly advanced revision of the ZTE Axon M than anything that can be described as flexible.

The name of TCL's invention is more than just self-explanatory; it's an in-your-face statement about the company's preparedness to tackle the emerging bendable handset segment and think outside the box as much as it needs to before it flies back to its original base carried by an old technology adapted to serve a new purpose. If that sounds familiar, it's basically the plot of the first Iron Man movie.

Not long after the high-profile MWC showing dominated by a prototype device seen above, TCL resolved to pursue an unexpected prey in the form of a trademark on the term "ButterflyHinge."

Today's most conventional types of butterfly hinges regularly used for connecting doors to cabinets.Butterfly hinges are part of modern carpentry originating from 17th century Great Britain. While TCL's attempt to register the term as a trademark hence isn't as ridiculous as trying to do the same with words such as "hammer," "screwdriver," and nails, it doesn't appear to be that far off,  either. The fact that the firm felt confident enough to try its luck is also of little value in regards to predicting the outcome of its latest trademark attempt, especially given how it's even more likely that its legal department is well-aware of the fact this is a long shot but figured the costs of trying are of no consequence to TCL. With yearly revenues topping $17 billion, you don't exactly have to be a corporate lawyer or a veteran economist to figure that out.

Just under four years ago, Apple patented an extremely similar hinge that resembles a 2D box with another 2D box with extremely soft edges at its heart when completely folded outward. minor players in the industry.

Regardless of whether the apparently unwise first name pick ends up being attached to the potential technology or now, we can only guess about its true origin. The image above is just a collection of illustrations demonstrating today's most commonly encountered types of butterfly hinges. Any potential application of such concepts in the smartphone segment would likely take the shape of one or more of these models, also with the goal of connecting two flat screens into a more flexible entity.

TCL so far shared little details about what to expect from its first-generation bendable handsets, save for confirming they're planned for a wider release later this year. The fate of the ButterflyHinge trademark request should be resolved in the meantime and the filing might already be approved or rejected by early April, though the company has yet to indicate it even intends to finance an expedited process. So, for the time being, foldable phones are still on course to be in absolute abundance this year, with TCL being likely to offer some of the most affordable such products, as suggested by its existing efforts to produce third-party gadgets traditionally associated with desktop PCs in order to support the incoming lineup.