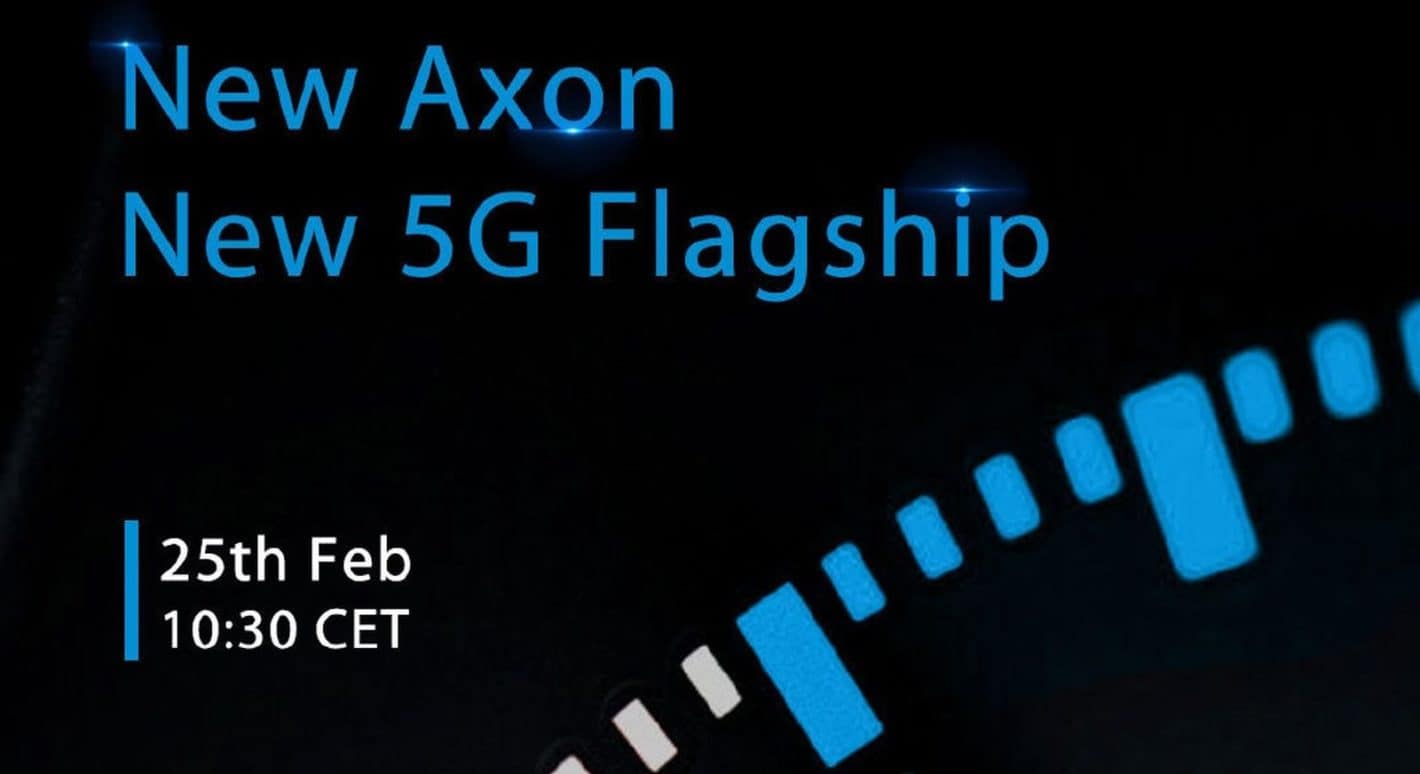 ZTE’s 5G smartphone plans and efforts may come to fruition at this year’s Mobile World Congress later this month, as earlier today the OEM confirmed it will have a 5G-enabled handset to show during the event. The news comes via a teaser image published by ZTE on the Chinese social network Weibo, and suggests that the 5G-enabled device will bear the Axon brand.

ZTE has been working on 5G – both on smartphones and networking technologies – for the past few years. Nearly one year ago at MWC 2018, the OEM showcased a 5G prototype phone capable of topping download speeds of 1.2Gbps, but this year it seems like ZTE will be ready to showcase a commercially-viable device.

Moreover, last year at IFA the OEM confirmed some of its 5G plans for 2019, revealing that it should release its first 5G-enabled smartphones in the second half of the year. Having said that, an official unveiling at MWC prior to a market release later this year sounds quite reasonable so it’s very likely that ZTE will have plenty of exciting new products to demo in Barcelona on February 25.

The teaser image published by ZTE reads “New Axon” and “New 5G Flagship” indicating that the OEM’s first commercial device to support 5G networking will be part of the Axon lineup. The last Axon phone to come out of China was the ZTE Axon 9 Pro unveiled in August. It’s equipped with a 6.21-inch AMOLED display featuring a wide rectangular notch and relies on the Qualcomm Snapdragon 845 chipset.

The 5G-enabled sequel could very well be the ZTE Axon 10 Pro, and if the device will continue to rely on Qualcomm’s chipset solutions then it will likely be powered by the newer Snapdragon 855 chipset. The Snapdragon 855 does not automatically offer 5G connectivity but the SoC can be paired with Qualcomm’s X50 5G NR model solution.

The ZTE Axon 10 Pro has not been outright confirmed by the OEM but at the end of January a mysterious ZTE device bearing the model number ZTE A2020 Pro was spotted in the Geekbench database, featuring 6GB of RAM, a Qualcomm-made processor with eight CPU cores, and running Android 9 Pie out of the box.

There’s no official information linking the A2020 Pro model number with a new Axon-branded flagship but so far it’s the best guess as to what the 5G-enabled phone might have to offer in terms of internal hardware. ZTE could also take the veil off new 4G phones at MWC, with the best contender so far being a new ZTE Blade lineup set to succeed the ZTE Blade V9 introduced at MWC 2018.

Aside from its smartphones, ZTE also revealed in a recent interview that it will discuss in greater detail about its widespread 5G plans at MWC 2019. ZTE not only creates smartphones but also manufactures 5G solutions for network operators, and while the company went through great difficulties over the last few years on account of breaking trade embargoes set in place by the U.S., it now seems to be back on track to developing 5G tools and equipment for potential clients across the globe. 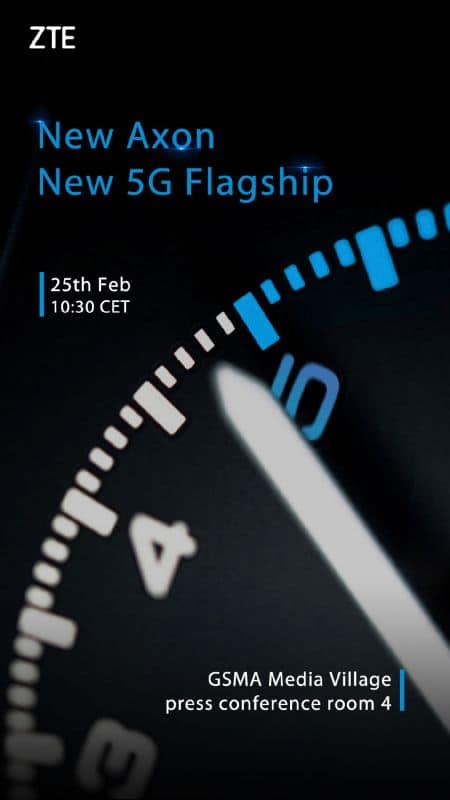 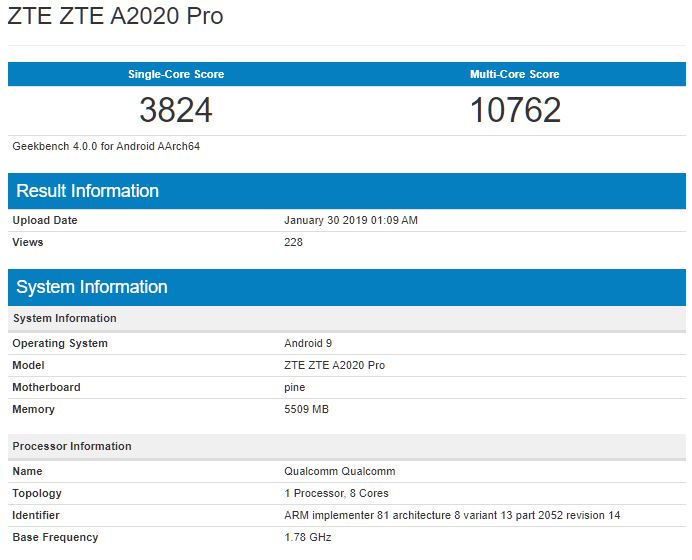