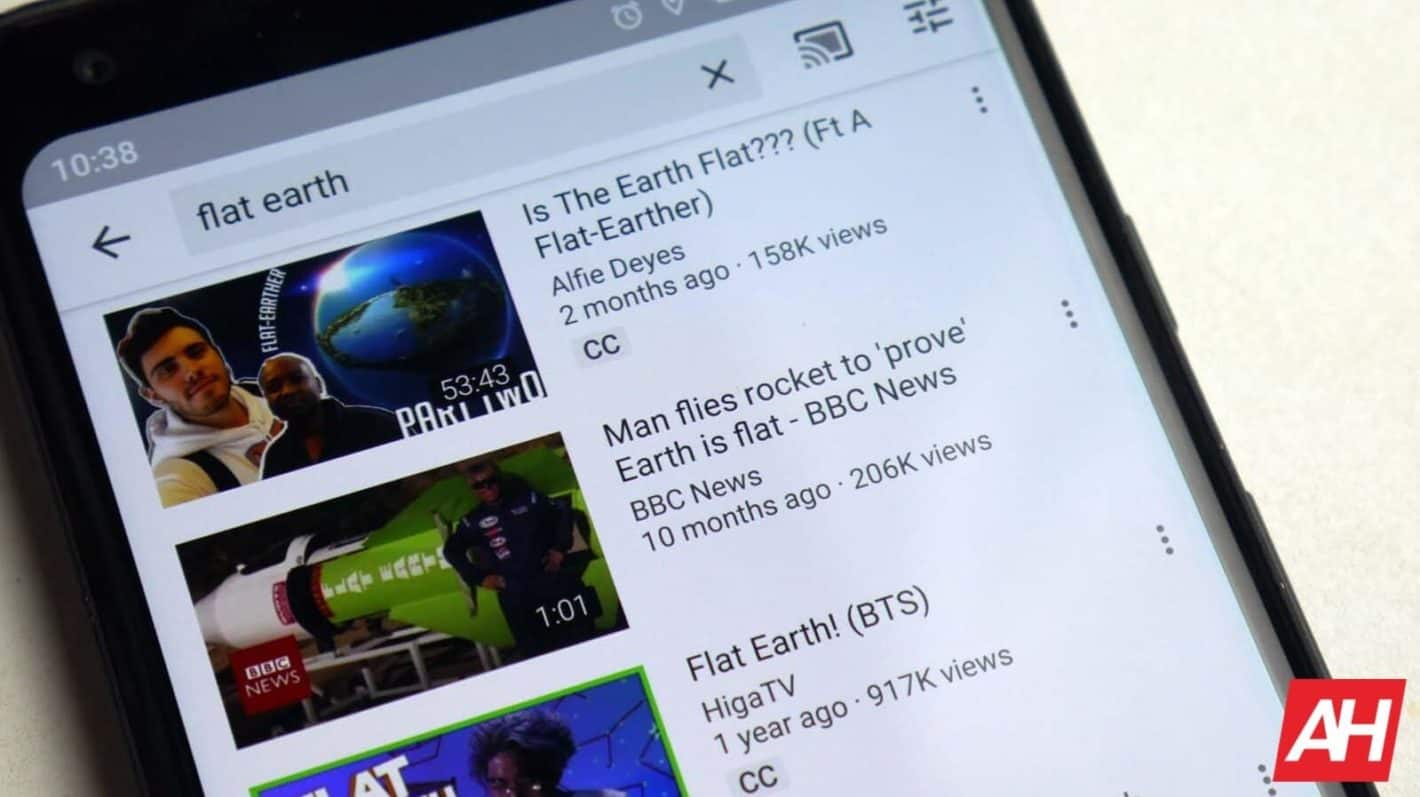 The Earth is flat and at the center of that flat plain is a walled-off ice barrier that protects a secret civilization from the rest of us.

Belief in this, or variations of this statement have grown massively in recent times. While some aspects are more believable or followed more than others, the most fundamental theory, and the one gaining the most traction in recent years is the simple premise that the Earth is flat and not spherical.

On a side note, spherical is an important distinction here as most people get lost in the flat vs round debate and that's incorrect. "Flat-earthers" also believe the Earth is round, but like a coin and not like a ball.

Flat, round, spherical, however you want to define the Earth it would seem YouTube is to blame for the rise in the number of people now questioning/opening their eyes to the shape of the Earth and by association, the government/and or agencies covering this information up.

Yep. It's all YouTube's fault.

Sex sells and regardless of Google or YouTube's lofty and progressive ambitions, YouTube is first and foremost an entertainment platform. Generally, people do not go to YouTube in search of the news, but when it is presented and served to them in an engaging and entertaining way then people will consume it – irrespective of whether it is true or "fake news." In other words, our YouTube watch time is likely to be highly based on the entertainment value of a video and not much else.

And no matter what you believe, whether it be the idea that we have all descended from lizard people on the planet Zug, or that there's in fact a secret civilization still living in the center of a coin-shaped Earth and protected by laws that prohibit the rest of us from accessing the area, these are entertaining propositions and this means they are also ones that will immediately generate watch time.

If you are wondering why this matters, Guillaume Chaslot, a self-professed part of the problem recently explained why.

Chaslot is an engineer who previously helped to build and deploy the AI algorithm that underpins how YouTube works and recommends content. And according to Chaslot, that AI has always favored the flat Earth theory over the spherical Earth theory.

The AI not only favors flat Earth, but pretty much any and all conspiracies over their none-conspiratorial counterpart arguments. In turn this has impacted on what we as YouTube users see on the platform most often, which affects our watch time and this then affects what content creators see as viable (and presumably, profitable) content options – affecting the content those creators put out on the platform next.

Chaslot argued this point fairly well in a recent Twitter thread although back in early 2017 Chaslot also wrote about this in a Medium post with even more information to show how the whole process actually works.

This led to Chaslot suggesting that when in relation to a question like "is the Earth flat or round?" the percentage of recommended results favoring the flat Earth theory was around 90-percent. In comparison to 35-percent when the same question is posed to YouTube search and only 20-percent when compared to Google Search.

Similar massive discrepancies between the search and recommendation features were also found for other debated topics. So this is not a flat Earth issue per se, but one that affects pretty much any topic that is divisive in nature, controversial or open to debate. With the overall suggestion being the most entertaining side of the argument will likely win out in the end.

This is not to say that the earth is not flat or that it is spherical, as that is up to you to decide for yourself. The point here is simply to highlight that one of the most widely used platforms on the internet has been favoring one side of an argument over the other.

While this is less of a problem when you just fixate on a singular debate (like flat Earth), when the results appear to be the same for other debated topics, and continuously falling on what could be defined as the 'conspiracy' side, then it becomes clear YouTube has in the past had an inherent bias in favor of conspiracy theories.

Of course, you could argue this opinion piece, the percentages quoted, and even Chaslot, are all also simply part of the conspiracy and therefore looking to defame the mechanics of YouTube in order to demean what is clearly an increase in popularity of people wanting to see videos on topics such as the flat Earth theory. And maybe you are right. Maybe this article is part of that conspiracy. But YouTube itself seems to be well aware of this issue and is now making fresh moves to help mitigate against this bias in the future.

A recent announcement by YouTube confirmed it is now making changes to the recommendation AI so that it takes a more balanced approach to these topics. YouTube did not explicitly say that "we have favored conspiracy videos" but did state it will be cutting down on recommending conspiracy-focused content compared to before.

To avoid misquoting, here's exactly what YouTube said: "we'll begin reducing recommendations of borderline content and content that could misinform users in harmful ways—such as videos promoting a phony miracle cure for a serious illness, claiming the earth is flat, or making blatantly false claims about historic events like 9/11."

Again, those who are ultimate conspiracy theorists will likely see this as just further evidence that YouTube is also now in on the conspiracy as well. And again, maybe YouTube is. But considering YouTube has seemingly been very much on the conspiracy side for the last few years, this could equally be viewed as YouTube acknowledging that there has been an inherent problem with its recommendation AI favoring one side over another when it should be able to present a balanced level of access to both sides of the argument.

Whether a flat or spherical-earther, the concept of a more balanced approach is one we should all be encouraging if we are all simply seeking the most information possible to come to the right decision. Especially if more people are now in fact getting the bulk of their news and information from the video-sharing platform – intentionally or otherwise.