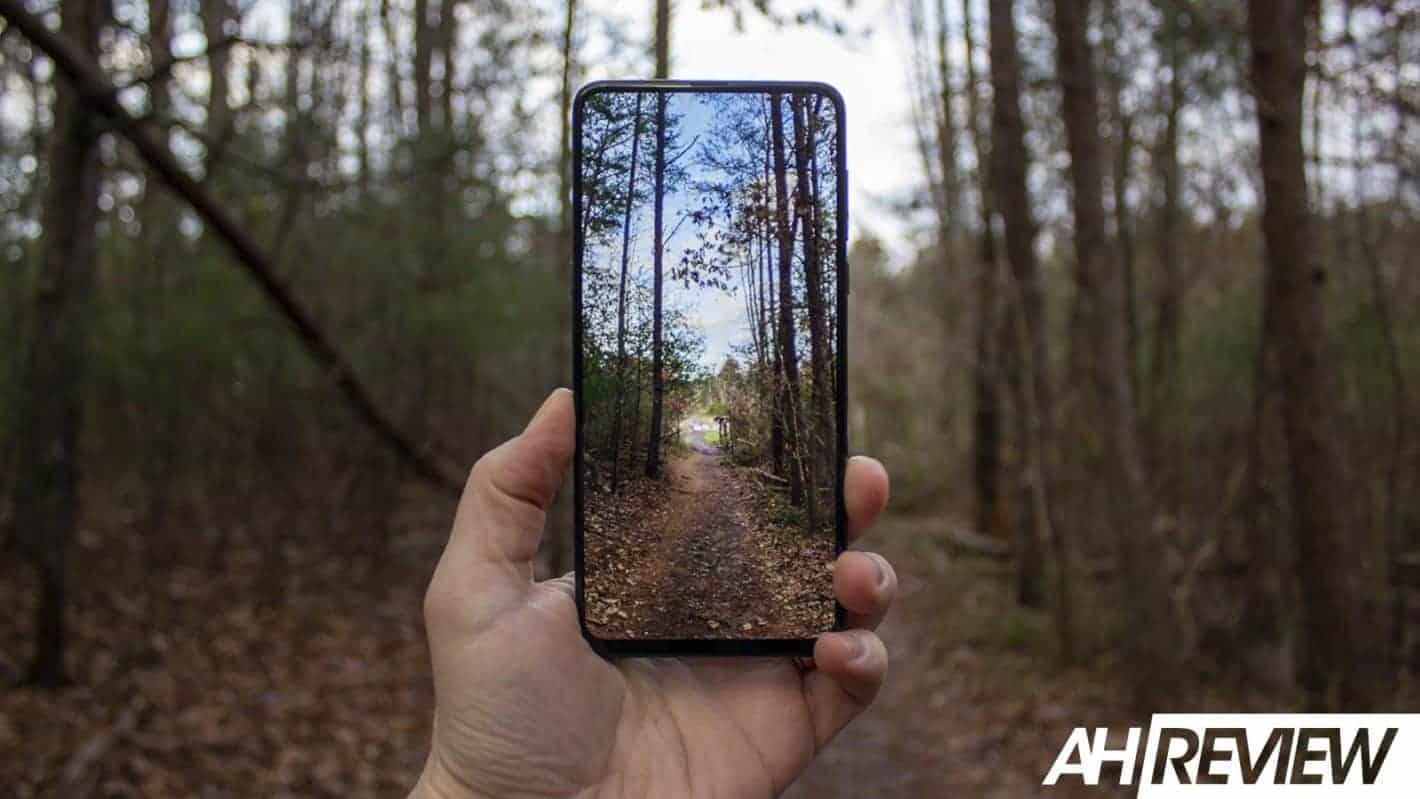 What you need to know

Xiaomi’s Mi MIX series has always been about the presentation. Being among the first phones to really debut the “bezel-less” look, the original Mi MIX was a truly stunning device that was held back by its weight, lackluster camera, and a quirky MIUI 8 OS. While the same overall design DNA is found in the Mi MIX 3, all the negatives are gone, replaced with a phone that’s stunning in every regard. Much like other nearly bezel-less phones, the Mi MIX 3 features a small chin and almost non-existent top and side bezels. While some manufacturers use mechanized pop-up cameras to keep bezels small, Xiaomi has brought back the concept of a manual slider phone in a fancy new way. Utilizing a set of magnets underneath the OLED display, the Mi MIX 3 opens and closes with a satisfying click, complete with customizable sound effects. It’s still enveloped in ceramic, not glass, so it’s a bit heavier than other phones in this category and size, but it’s considerably more sleek and svelte than that original release.

The slider mechanism solves the problem Xiaomi had with the front-facing camera position in the first two generations of Mi MIX phones, but it introduces a new problem that might not be initially obvious. The slider is difficult to use in colder or drier climates due to the fact that both the front and back of the phones have little friction to their surfaces, yet you still have to grip it well enough to slide the screen down. Having a slider also means there’s no easy way to include a water or dust resistance rating for the phone, and the inside of the slider easily collects pocket dust in a similar way that a magnet attracts metal. There’s also no face unlock technology yet in the International version, something that folks with other variants of the phone enjoy using thanks to the satisfying slider.

While the phone doesn’t feature a 3.5mm audio jack, it does sport a large 3,850mAh battery which, in conjunction with the power efficient Snapdragon 845 and MIUI 10 OS, means the Mi MIX 3 gets excellent battery life that lasts all day without issue. While Xiaomi isn’t launching the phone with an ultra-quick charging method, it still supports Qualcomm’s QuickCharge standards, so you’ll find a full charge can be achieved in about an hour and a half. It also supports wireless quick charging via the 10W Qi standard, enabled out of the box thanks to Xiaomi’s inclusion of a wireless charging pad with each and every phone.

The Mi MIX 3 comes with Xiaomi’s latest edition of Android, MIUI 10, build upon Google’s Android 9 Pie. MIUI 10 represents the most full-featured version of MIUI yet, with a massive visual refresh that’s eye-pleasing in every way possible. Xiaomi seemingly took the best of all styles and concepts in modern design and compiled them into a single amazing release that looks as good as it feels. Slick animations, intelligently designed smart controls and user interface elements, and stellar gestures are just the start. It also features the absolute best multitasking interface on the market, with a vertically scrolling row of alternating tiles that looks visually similar to Nokia’s Meebo implementation from several years back and gives easy, one-handed access to multiple apps on a whim.

Xiaomi has also improved several other aspects of the user experience including the vibration motors, which deliver a satisfying, quality feel with every vibration of the UI. These aren’t quite in league with the best vibration motors in the industry, but they’re the best we’ve used on a Xiaomi phone yet and help improve the overall aesthetic of the experience. They make a bit of a weird rattle when the phone is held a certain way though, something that’s directly tied to the slider mechanism, and while it’s not a problem, per se, it can make the phone sound like a less-than-well built device.

Xiaomi’s gesture system has been further refined with this release, including stylish new animations and the ability to quick-swap between the two most recently used apps. With the choice of 6gb, 8gb, or 10gb of RAM, there are plenty of ways to enhance the multitasking experience to make sure your apps don’t ever reload. Xiaomi’s annoying background app limitations artificially restrict apps from running in the background by default, playing off Android 9 Pie’s Adaptive Battery technology, but thankfully can be turned off to keep the experience flowing without interruption.

Xiaomi’s camera experience is better than ever, in some cases by a long shot, thanks to improved sensors and better software algorithms. A new Night Mode has been introduced with the Mi MIX 3 and represents an improvement in lower lighting conditions over the auto mode, but it’s not nearly as aggressive or full-featured as the night modes available on some other phones. The Mi MIX 3 also features a 960FPS super-slow motion mode that has a unique implementation when compared to other phones with the ability to record in super slow-motion. Instead of trying to time the shot exactly right, the phone will record a 10-second clip that uses 30FPS speed for the first 3 seconds and 960FPS for the rest.

It’s not as robust as super slow-motion from Samsung or Sony, but it’s a better implementation than Huawei, for instance, and adds to the repertoire of the camera as a whole. Xiaomi offers more granular image quality settings than many other phones, including adjustments for contrast, saturation and sharpness in the settings of the auto mode, as well as an optical zoom lens for 2x lossless zoom. Xiaomi has adapted the iPhone-style swiping carousel design for the camera interface, a downgrade from the previous design where all modes were accessible from a single modes menu, replaced by the requirement to scroll through each mode one at a time.

This is an unfortunate industry trend that has been commonly adopted without much thought to negative impacts of user experience. It’s also much slower than the experience the rest of the phone delivers, as it takes well over one second to load each and every mode. At the least, Xiaomi’s image quality processing improvements help overlook some of the negatives of the visual design of the camera software, but it’s unfortunate to see improvements marred by silly design decisions. Underneath the slider mechanism is a dual camera system; a main 24-megapixel camera with large pixels for quality low-light shots, and a secondary depth sensor for creating that “bokeh” effect in portrait shots. Portrait mode works on the front-facing camera, but unfortunately, Night mode does not.

All in all, Xiaomi has created the most compelling phone in their lineup, with an incredible price that provides the absolute best value at this price range, and a design that’s worthy of the Mi MIX name. The Mi MIX 3 appears to complete the projected vision of the original Mi MIX from 2 years ago, creating a bezel-less experience without sacrificing user experience in any meaningful way. With the best version of MIUI yet, a sleek and rich experience that translates across all facets of the phone, and the most stellar camera Xiaomi has ever put on a phone, the Mi MIX 3 is among the single best affordably-priced flagship phones to buy at this time in early 2019.