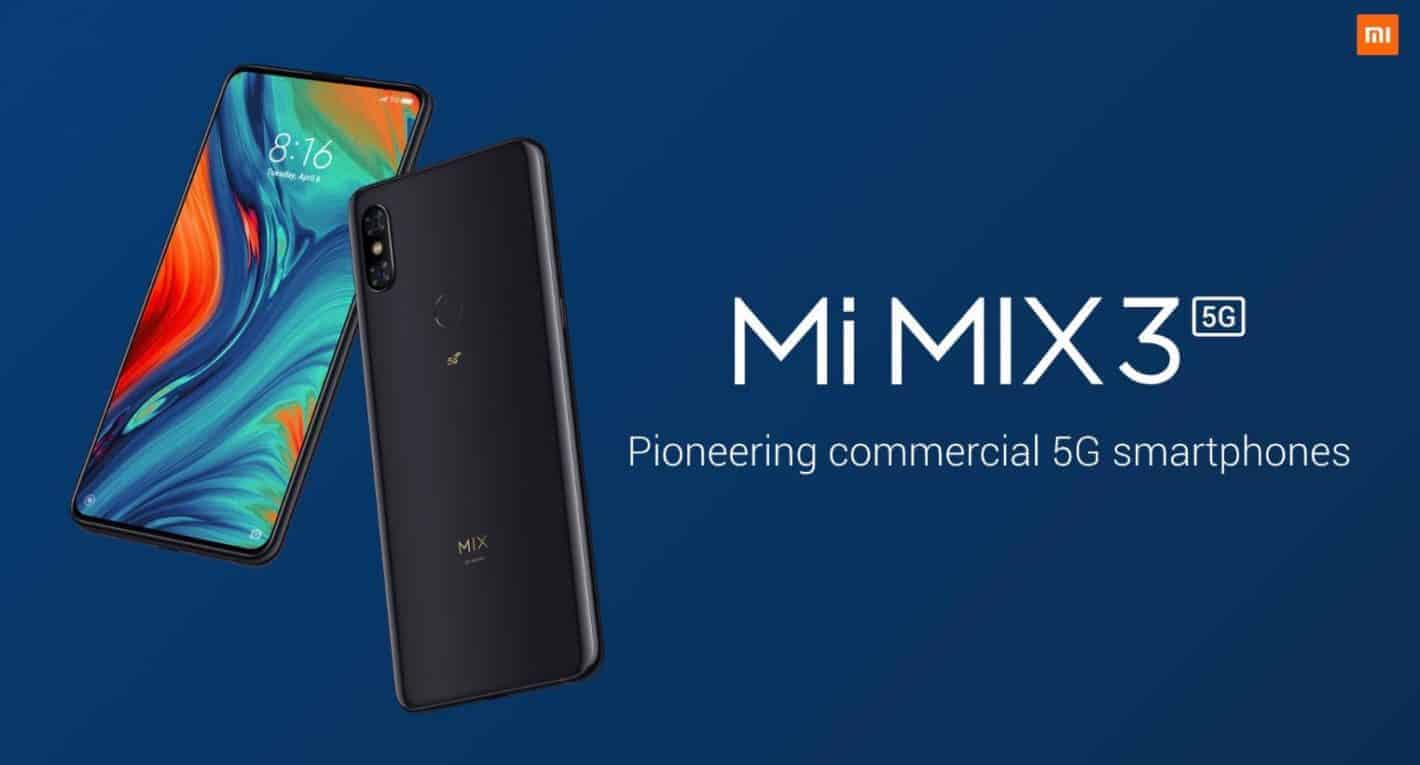 Xiaomi on Sunday unveiled the Mi MIX 3 5G, marking yet another era in its history that now also includes consumer-grade smartphones capable of communicating with the fifth generation of mobile networks.

Much like its name suggests, this is essentially a modified version of the Mi MIX 3, a phablet Xiaomi launched in November. It sports the same 6.39-inch Super AMOLED display and 10GB of RAM, as well as 128GB of flash memory. What’s obviously different is its system-on-chip of choice seeing how last year’s Snapdragon 845 isn’t 5G ready, so it had to make way for the Snapdragon 855.

Qualcomm’s new SoC relies on the Snapdragon X50 modem which is significantly bulkier than the X24, though that doesn’t appear to have reflected on the Mi MIX 3 5G. Granted, the Chinese company has yet to confirm most of its key specifications and it may have just cleverly masked a bulkier build during today’s press event held as a prelude to Mobile World Congress which is officially starting tomorrrow in Barcelona, Spain.

The power-hungry nature of 5G also saw Xiaomi replace the 3,200mAh battery found inside its 2018 flagship with a 3,800mAh cell. The dual 12-megapixel camera setup and a curious two-sensor imaging system that slides outside of the top of the device, together with a decent chunk of its forehead, are both returning, together with a magnetic contraption holding them all in place.

The United Kingdom and Italy are among several countries that already received the original Mi MIX 3, though it’s presently unclear how likely its successor is to follow suit. No single carrier on the Old Continent will be deploying the fifth generation of connectivity on any significant scale, rendering the main selling point of the newly debuted Android phablet largely useless. For the time being, Xiaomi is planning to release the device in Europe this May, retailing it at €599, or about $680. This might not be the price tag attached to the ultimate model using the aforementioned memory configuration but one equipped with 128GB of storage space and 8GB of RAM, as that’s pretty much how the original lineup was spaced out as well, ranging from around $670 to the eqwuivalent of $720, depending on the market.

The Mi MIX 3 5G will be be rated for use on networks from Orange, Three, Telecom Italia, Telefonica, and Sunrise, as well as Vodafone and several other manufacturers. Xiaomi will be selling the device via its Mi.com storefront and physical Mi stores which continue to grow in number by a rapid margin all over the world. Xiaomi is planning to launch the Sapphire Blue and Onyx Black variants in Europe but before that happens, it will be bringing its newest Mi 9 flagship to the West, having just confirmed that cutting-edge and more conventional-looking Android handset will already become available for purchase next Thursday, February 28.

A better version of the already impressive Mi MIX 3 seems like a product that’s more than capable of competing with the very best the industry will have to offer this spring, even if its largest selling point won’t be more than a gimmick for the time being.