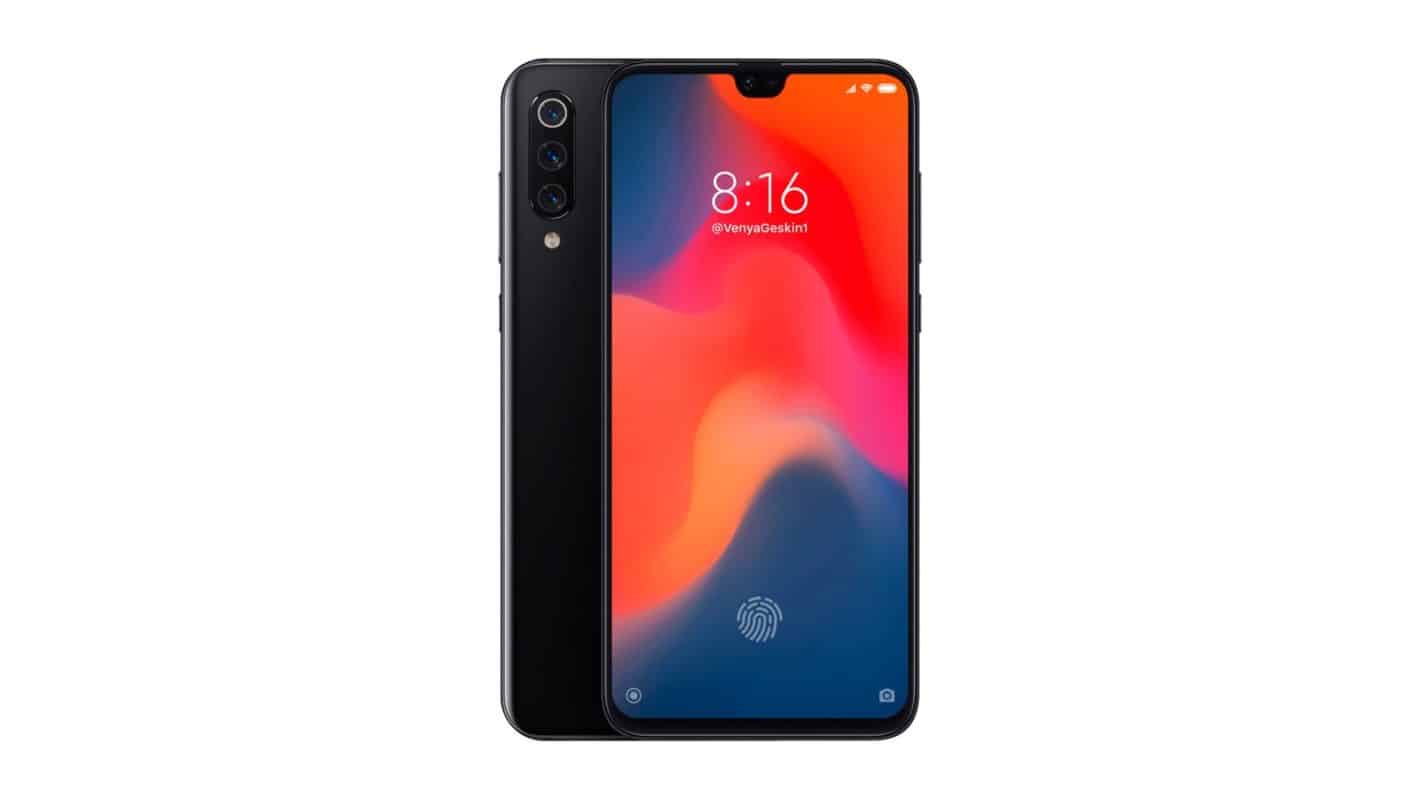 Back in November last year, a designer called Ben Geskin released a concept render of the possible Xiaomi Mi 9 design, and that render has just been changed a bit, based on the new info that surfaced. If you take a look at the provided image, you will see the concept render of the Mi 9 that, at least from the back, looks similar to the phone that Xiaomi's exec shared via Weibo (Chinese social network) yesterday.

Yesterday's image showed us only the back side of the device, and the phone's triple camera setup, well, if you take a look at this concept image, you will see a fairly similar, vertically-aligned triple camera setup on the back of this device, in the top-left corner. Right below those three cameras sits an LED flash. The phone's back side is curved, and the device seems to be made out of metal and glass.

All the physical buttons are located on the right-hand side of this phone, in this concept image, including the power / lock, volume up, and volume down buttons. The device features a thin "chin" below the display, while you will also notice a fairly thin notch at the top of its display, which hosts its front-facing camera, and some sensors, it seems. The phone's display sports rounded corners, as expected, and this concept has an in-display fingerprint scanner.

We do not really have all that much info when it comes to the real Xiaomi Mi 9, but the device that Xiaomi's exec accidentally shared on Weibo yesterday did reveal that Xiaomi plans to include a triple camera setup on the back, and that the device will be made out of metal and glass, while its fingerprint scanner will be included below the display… presuming that the device he showed us is the Mi 9, of course.

Xiaomi's exec did not really show us the front side of the device, and we did not see any believable leaks thus far, so at this point in time, this concept design actually looks believable. The Xiaomi Mi 9 is expected to launch in mid-2019, at least if Xiaomi plans to stick to its release cycle, as the Mi 8 launched in May last year. That basically means that we'll probably see some juicy leaks in the coming weeks, which will, hopefully, reveal more info about the Mi 9.

The Xiaomi Mi 9 will almost certainly be fueled by the Snapdragon 855 by Qualcomm, as Xiaomi always utilizes Qualcomm's flagships in its high-end offerings. The Mi 9 will ship with at least 6GB of RAM on the inside, while you can expect to see plenty of storage included as well, and an 8GB RAM variant will be an option as well, most likely.

The Xiaomi Mi 9 will probably ship with a display that is at least 6.2 inches large (in diagonal), though it will probably be even larger than that. It is still unknown whether Xiaomi will use a fullHD+ or a QHD+ panel, but the former is more probable, while you can expect to see an OLED panel being used.

Android 9 Pie will come pre-installed on the device with MIUI 10, the device will include two SIM card slots, and a rather large battery is also expected. The device will sport three cameras on the back, it seems, but we still do not know what sensors to expect, though the company may utilize Sony's 48-megapixel camera that is included in the HONOR View20.