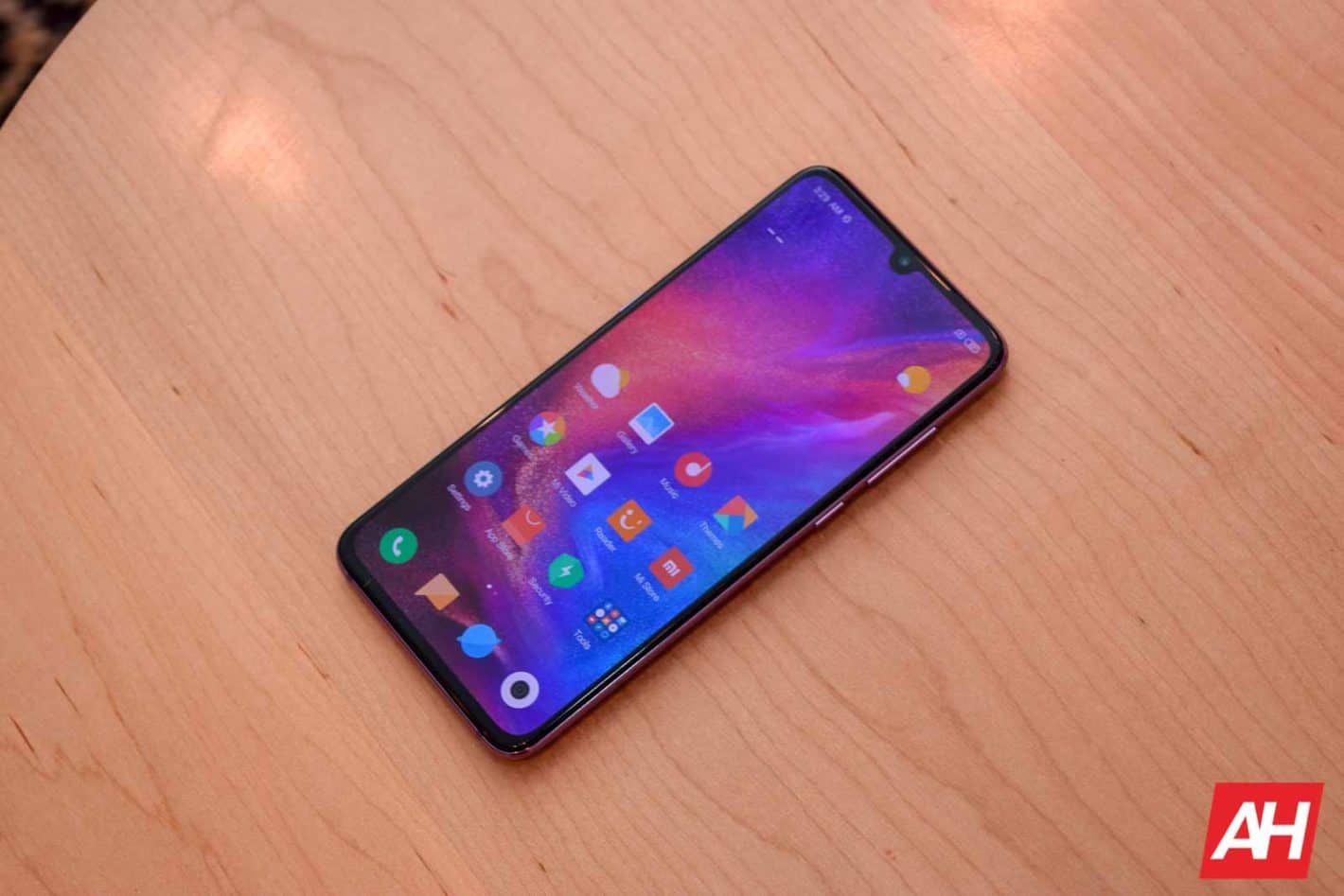 Xiaomi has just debuted the Mi 9 and Mi 9 Transparent Edition in China, ahead of its global launch next week in Barcelona.

In recent years, the Mi lineup hasn’t been as high-end or cutting edge for Xiaomi, the Mi MIX lineup has taken that spot. The Mi line is more of a line of smartphones for everyone that wants a spec powerhouse. And that’s the case this time around. It has a lot of the design cues that you would expect in 2019, which includes a small water droplet notch, along with three cameras on the back of the device, and an under-display fingerprint sensor.

The Mi 9 offers a 6.39-inch full HD+ resolution AMOLED display. This is a 19.5:9 aspect ratio, due to the notch. It is using Corning’s Gorilla Glass 6 on the front, with Gorilla Glass 5 on the backside. Inside, you’ll find the Qualcomm Snapdragon 855 chipset – one of the first smartphones announced with this chipset. It also has 6GB of RAM with 64GB or 128GB of storage. The Mi 9 Transparent Edition steps it up to 12GB of RAM and it also has 256GB of storage on-board.

On the camera front, there is a triple camera present. Which sports the 48-megapixel main sensor that has been present in most recent flagships. There is also a 12-megapixel telephoto sensor with a f/2.2 aperture. Then there is a 16-megapixel wide-angle sensor with a 117 field-of-view and an aperture of f/2.2 as well. The main sensor has an aperture of f/1.75. There is also laser autofocus and PDAF included.

The front-facing camera is a 20-megapixel sensor, and it has a f/2.0 aperture. Xiaomi does have AI functionality on both the front and rear cameras now.

The design is not flashy at all, on the Mi 9. But Xiaomi did bring in a few different colors for the Mi 9. Including a purple-looking Lavender color and a blue. It is also available in black and of course the Transparent Edition is available in a semi-transparent color. The back is curved this year. It’s still somewhat subtle, and does make it easier to hold in your hand. Xiaomi, surprisingly, did not opt for Ceramic on the Mi 9. That is being saved for the more high-end models like the Mi MIX lineup.

Xiaomi did keep the camera bump on the backside, which is rather unfortunate, as most would rather smartphone makers make the phone a bit thicker with more battery capacity, than to have a camera bump. But it is there. And it could be worse, it could be a bump for each camera, like Huawei and HONOR do.

Perhaps the biggest change in design this time around is the fact that the fingerprint sensor is now underneath the display. Giving the backside a rather clean look. This is an optical fingerprint sensor, so it is still a bit slow, but it is faster than the sensor used on the Mi MIX 3.

The front of the Mi 9 is basically all screen. There is still a slight chin on the Mi 9, but it is the same width as the side bezels, so it’s a lot less noticeable. At the top, there is a smaller water droplet notch, which is much smaller than the Mi 8’s notch. It’s not quite all screen like the Mi MIX 3, but it is getting closer to that reality.

Xiaomi has outfitted the Mi 9 with MIUI 10.2 and Android 9 Pie, as far as software is concerned. There isn’t a lot new, that is exclusive to the Mi 9. Since MIUI 10.2 has been out on various other devices for a few months already. And it is the company’s second smartphone to launch with Android Pie – behind the Mi MIX 3.

The company is bringing its own Game Turbo features to the Mi 9. Basically, what this does is, it will ramp up the processor and GPU when you are playing a game, so that you can get even better performance than you would normally get with the Snapdragon 855. Considering the Snapdragon 855 is the latest and greatest chipset from Qualcomm right now, it’s going to provide some incredible performance anyways.

There’s a triple-camera setup on the Mi 9 for the first time. Xiaomi has outfitted it with a massive 48-megapixel sensor that we have seen on other smartphones lately. Along with a ultra-wide angle and a telephoto lens. This is going to allow the user to get a ton of great shots out of the Mi 9, no matter where they are in relation to what they want to photograph. Going from a super-wide shot to an up-close shot.

Surprisingly, Xiaomi did not bring a Time of Flight sensor to the Mi 9. Seeing as that appears to be the big thing with the Snapdragon 855 this year. Which would allow Xiaomi to take its photography game to the next level. However, that may be saved for the MI MIX 3S of Mi MIX 4 that should be coming later this year.

Xiaomi has done pretty good with its cameras in recent years, and the Mi 9 is no different. In fact, it scored a 107 from DxOMark, which beats the Pixel 3 and Galaxy Note9.

Packed inside the Mi 9 is a somewhat low-capacity, 3300mAh battery. In a world where most smartphones are getting to 4000mAh or larger, Xiaomi has gone with a lower-capacity battery. But that should not be a problem, when it comes to battery life. Seeing as MIUI has become very lightweight in the past few years, and battery efficient.

The Mi 9 does support Quick Charge 4, and there is a 18W charger in the box. Definitely good to see, but that’s not the big story here. The big story is wireless charging. Xiaomi is the first in the world to feature 20W Qi Wireless Charging on its smartphone. It says you can fully charge the Mi 9 in about an hour and 40 minutes. About the same speed as Quick Charge 3.0 – which is wired.

There will be a 20W wireless charger available, but it will only be available in regions that the Mi 9 is available in.

There are three colors for the Mi 9: violet, blue and black. There is also a Transparent Edition, which comes with 12GB of RAM and 256GB of storage. The other three colors will come with 6GB of RAM and 64GB storage or 128GB of storage. The 64GB model will be priced at around $445, with the 128GB model priced at $490. These prices are converted from Chinese currency, so they will differ a bit.

Xiaomi is expected to announce availability and pricing for the other markets that it is in, at Mobile World Congress next week in Barcelona.