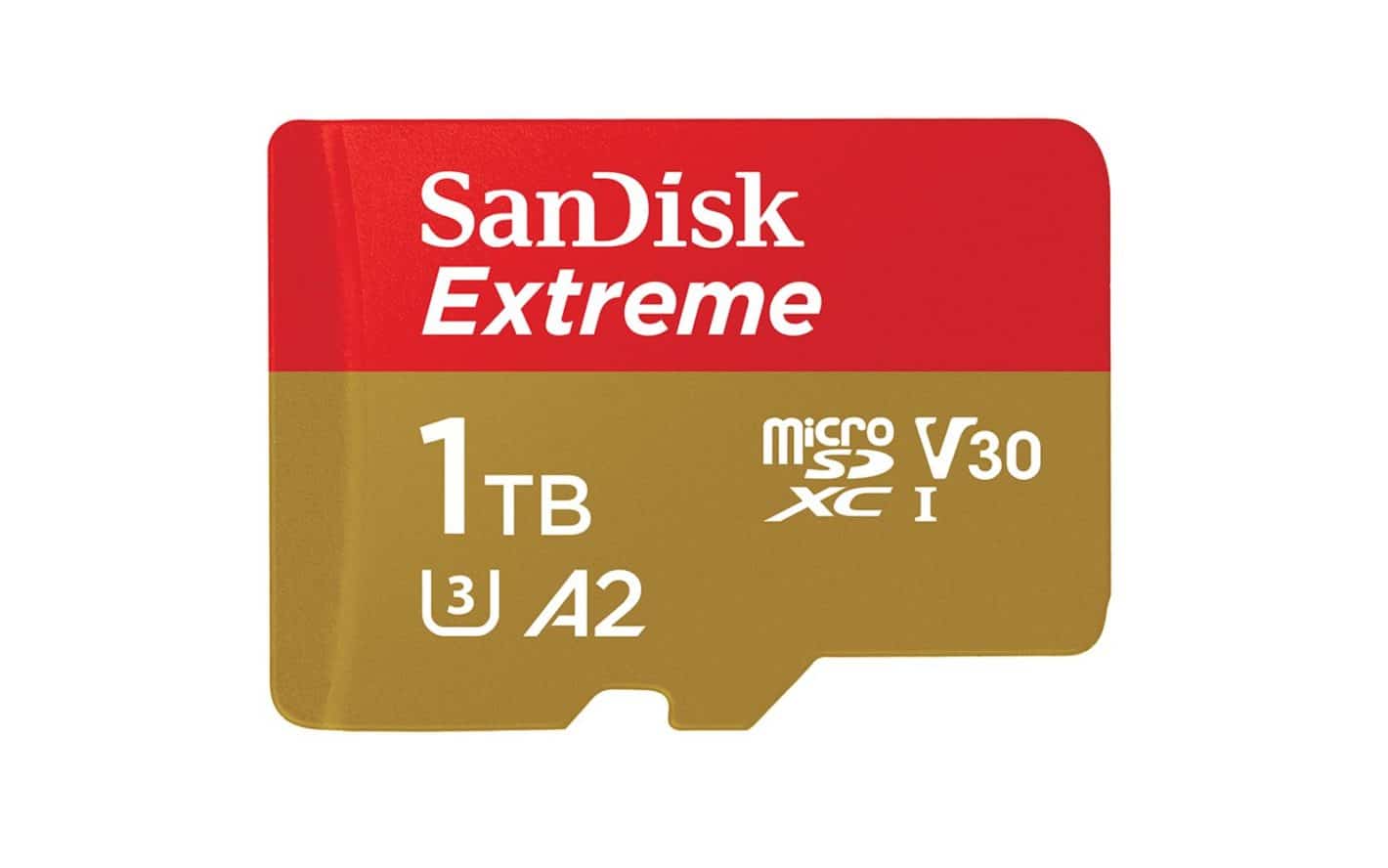 The new SanDisk Extreme UHS-I microSDXC card will also be accompanied by a version with half the capacity, i.e., 512GB, and both models will become available for purchase through select retailers in April. Both models feature V30 Video Speed Class, C10 Speed Class, and UHS Speed Class 3.

Although the 1TB and 512GB models will be released through partner retailers in April, prospective buyers can already reserve the product via the company’s official website. It’s worth noting that the SanDisk Extreme UHS-I microSDXC card with smaller capacities can already be purchased through Western Digital’s online shop. The same read/write speeds and overall performance applies to the models with 400GB, 256GB, and 128GB of storage, while the existing 64GB and 32GB models have lower read and write speeds.

Western Digital’s online shop also lists the SanDisk Extreme Plus UHS-I microSDXC card boasting up to 1TB capacity and higher read/write speeds compared to the aforementioned model. It boasts a higher read speed of up to 170MB/s and higher write speed of up to 90MB/s. It will arrive in 512GB and 1TB flavors, both of which will be “coming soon” according to the website.

Furthermore, the SanDisk Extreme Pro UHS-I microSDXC cards will also become available with 512GB and 1TB capacity – again they are labeled as “coming soon” – and they promise the same read/write speeds as the Extreme Plus models.

In other words, the SanDisk Extreme UHS-I microSDXC card is not the only series to introduce capacities higher than 400GB, and it’s not really the OEM's fastest microSD card with 1TB of storage when considering the upcoming Extreme Plus and Extreme Pro variants. However, the non-Plus/Pro SanDisk Extreme is likely to arrive on the market earlier since it can already be reserved, whereas the other two models cannot.

It’s worth noting that most smartphones available for purchase today offer support for up to 512GB of external memory but not higher. This is true even for the most recent flagship phones introduced this month, such as the Samsung Galaxy S10 series, the LG G8 ThinQ, the LG V50 ThinQ 5G, and the Sony Xperia 1. Of course, the SanDisk microSD cards can also be used to increase the storage of other categories of devices such as 4K cameras, but it remains to be seen if or when smartphone manufacturers will start offering more devices with 1TB microSD card support.

At Mobile World Congress, Western Digital revealed that the 1TB SanDisk Extreme UHS-I microSDXC card will be available for purchase in April for the price of $449, while the 512GB model will have a price tag of $199. Existing variants with 400GB and below are already available for purchase for $109 or lower.