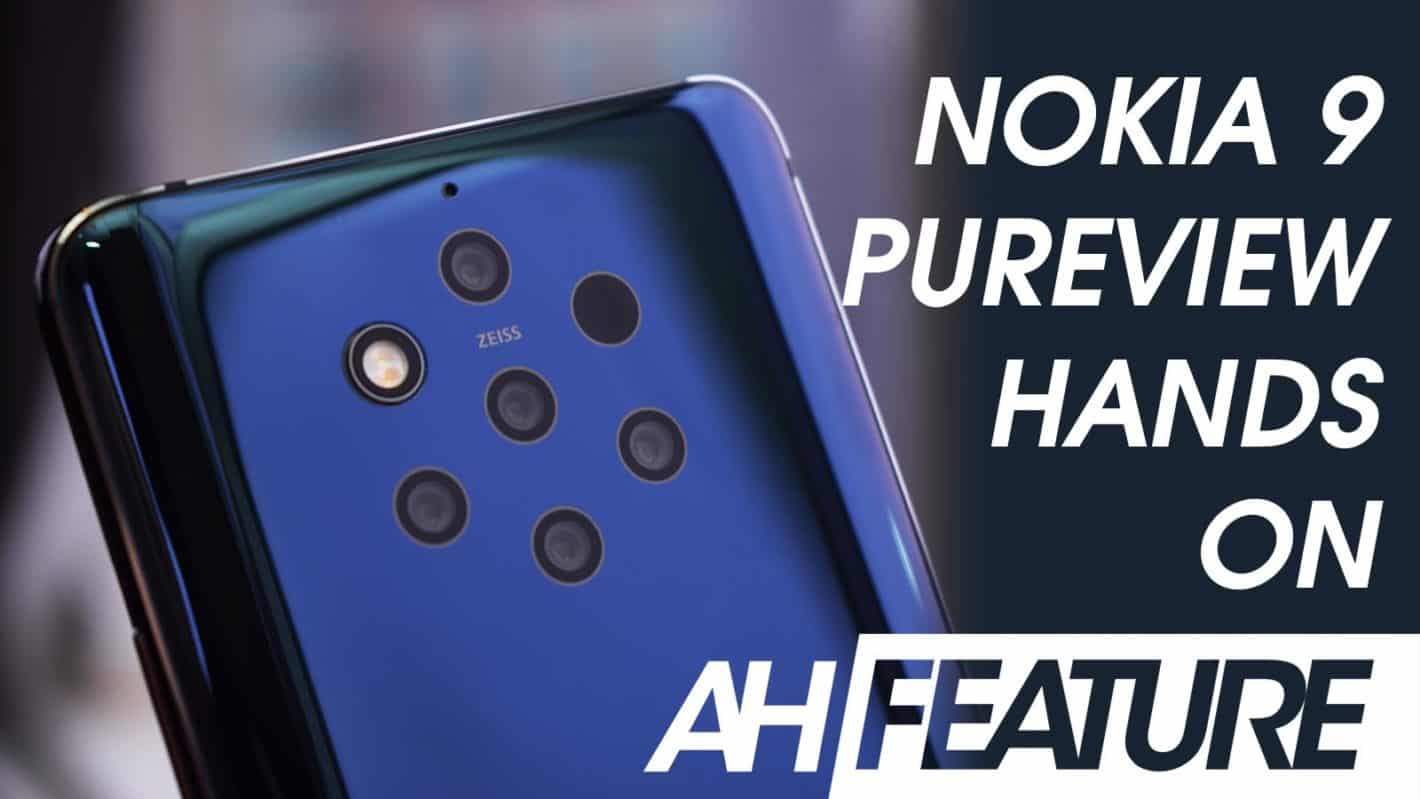 Remember that Lytro camera from a few years back that could refocus a scene after taking the shot? How about the Light L16 camera that had 16 cameras on the back? Imagine a device that combines both of these concepts into one and adds a very capable Android-powered smartphone experience to the mix and you have the Nokia 9 PureView. As the world’s first 5-camera array smartphone, Nokia is packing seemingly everything we’ve wanted to see in smartphone photography into one device. This incredible array of cameras on the back is designed to improve a few very specific things: texture and fine detail, wider dynamic range, substantially better low light performance, and the ability to refocus the entire image after the shot has been taken.

How is all of this possible? Cameras are arranged in an incredibly interesting circular pattern consisting of several different camera nodes. One is an LED flash, one is an autofocus module, 2 of these are RGB sensors, and 3 of them are monochrome sensors, all situated behind the same 28mm Carl Zeiss lens, which is about an 80-degree field of view. Yes, that means a native black and white mode for photography enthusiasts. Nokia is actually utilizing all 5 of those cameras with every single shot, and it’s not just being used for composite data either, it’s also being used for depth information.

But this isn’t just that fake bokeh portrait mode nonsense that most phones try to fake either, this is real depth information, with the ability to refocus every single shot after you take it directly within Google Photos using a new setting called gDepth. That’s a full 12-megapixel shot created from an amalgam of 5 cameras, all with adjustable depth information and Nokia is saying that captures can include up to 1200 depth layers in total. I don’t even know what to say about that, it’s just too surreal. This means you can refocus on basically every point in the scene, foreground or background. Folks looking for even more creative options can use the RAW output from the camera, which creates DNG format photos that can be adjusted right on the phone with Adobe Lightroom.

It’s super interesting to see what Nokia has done with this phone, specifically relating to the advanced computational imagery that takes place with each and every shot. Nokia and Qualcomm worked hand in hand to develop a custom version of the Snapdragon 845 chipset, and while that may alarm folks who were looking for the next-generation Snapdragon 855 inside this phone don’t worry, it’s an Android One powered device which means there’s no bloatware to slow the phone down over time. This Snapdragon 845 features a custom set of noise reduction algorithms that are calculated on the DSP rather than the way most smartphones do on the CPU. This provided a 3x speed increase for those noise reduction algorithms and, amazingly, a 10x improvement in power consumption when compared to just doing on the CPU alone.  Check out the video below and don’t forget to subscribe to us on YouTube!