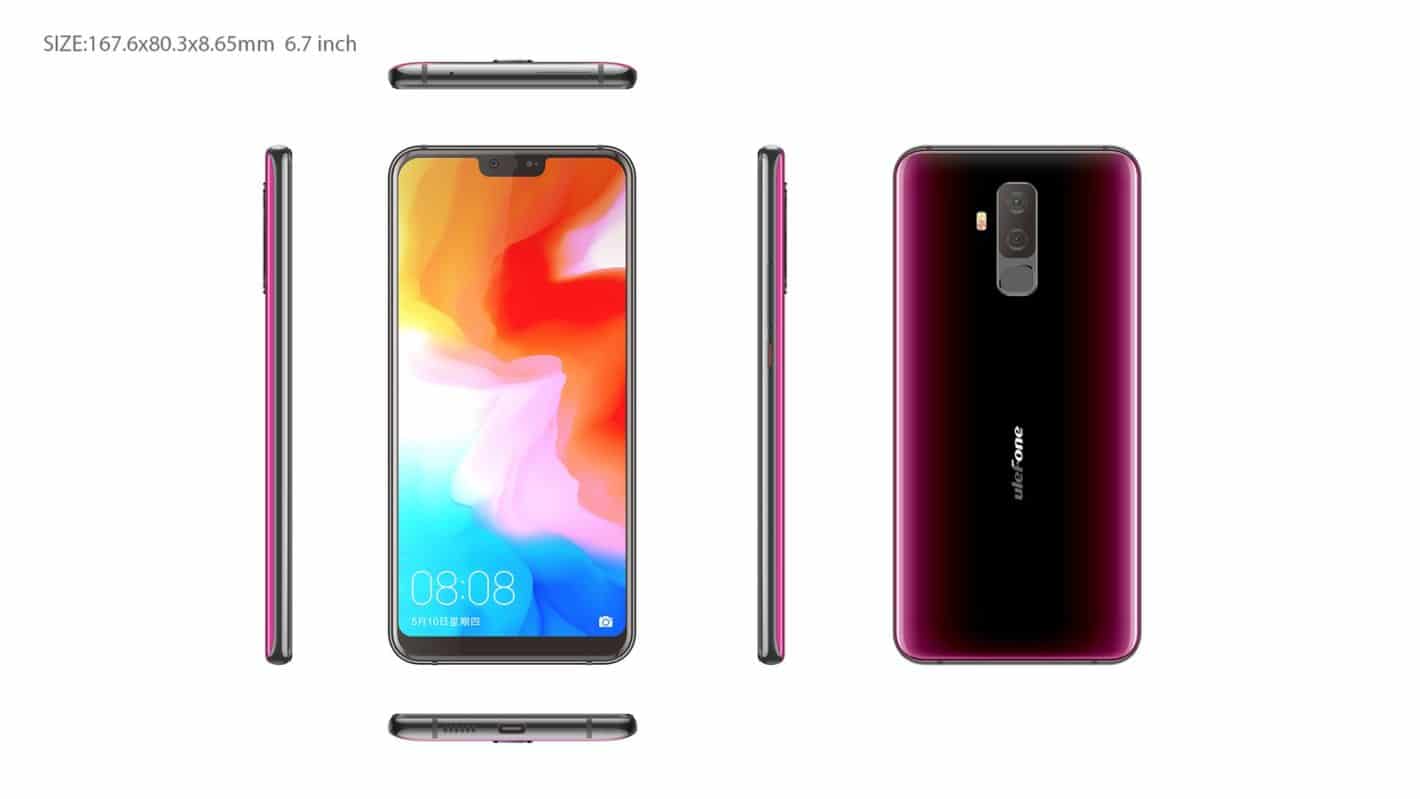 Ulefone is planning to launch a new phone in the near future, it seems, as some info regarding the Ulefone T2 has just appeared. According to the info we were provided with, the Ulefone T2 will be announced sometime in March, and at the moment we have some renders of the phone to show you, as well as some specifications info.

Let's talk about design first. If you take a look at the gallery down below, you will be able to see the phone in red and blue color variants. The device will be made out of metal and glass, while it will sport two vertically-aligned cameras on the back, with a fingerprint scanner placed right below them. A dual-LED, dual-tone flash will be located right next to those two cameras, and the "Ulefone" logo will sit on the back of the phone as well.

The Ulefone T2's dual camera setup will protrude on the back a bit, but not much. The phone will include a "chin" below the display, while it will also ship with a display notch, but other than that, its bezels will be quite thin, at least according to the provided renders. A 3.5mm headphone jack will not be included here, while the phone's loudspeaker will sit on the bottom, right next to the charging port (Type-C USB port).

In terms of specs, it's safe to say that the Ulefone T2 is a mid-range smartphone, though its specifications are nothing to scoff at. The phone will feature a large 6.7-inch display made by Sharp, and that display will offer a 19:9 display aspect ratio. The device will be fueled by MediaTek's Helio P60 64-bit octa-core processor, and it will pack in 8GB of RAM, while 128GB of internal storage will also be included.

This smartphone will include a rather large battery, on top of everything, as a 4,200mAh non-removable unit will be a part of the package. The device will support wireless charging, and it will also support fast wired charging (9V/2A). 21 and 13-megapixel cameras will be located on the back of this phone, while a single 16-megapixel camera will sit on its front side. The device will support 4G with VoLTE, while it will ship with Android 9 Pie out of the box. The phone's measurements are also mentioned in the provided images, the device will measure 167.6 x 80.3 x 65mm.

This handset, as previously mentioned, will be announced in March, and if you're not willing to wait for it or you're looking for a rugged phone instead, it is worth noting that the Ulefone Armor 6 is currently on sale via AliExpress, for more information, check out the links provided down below.