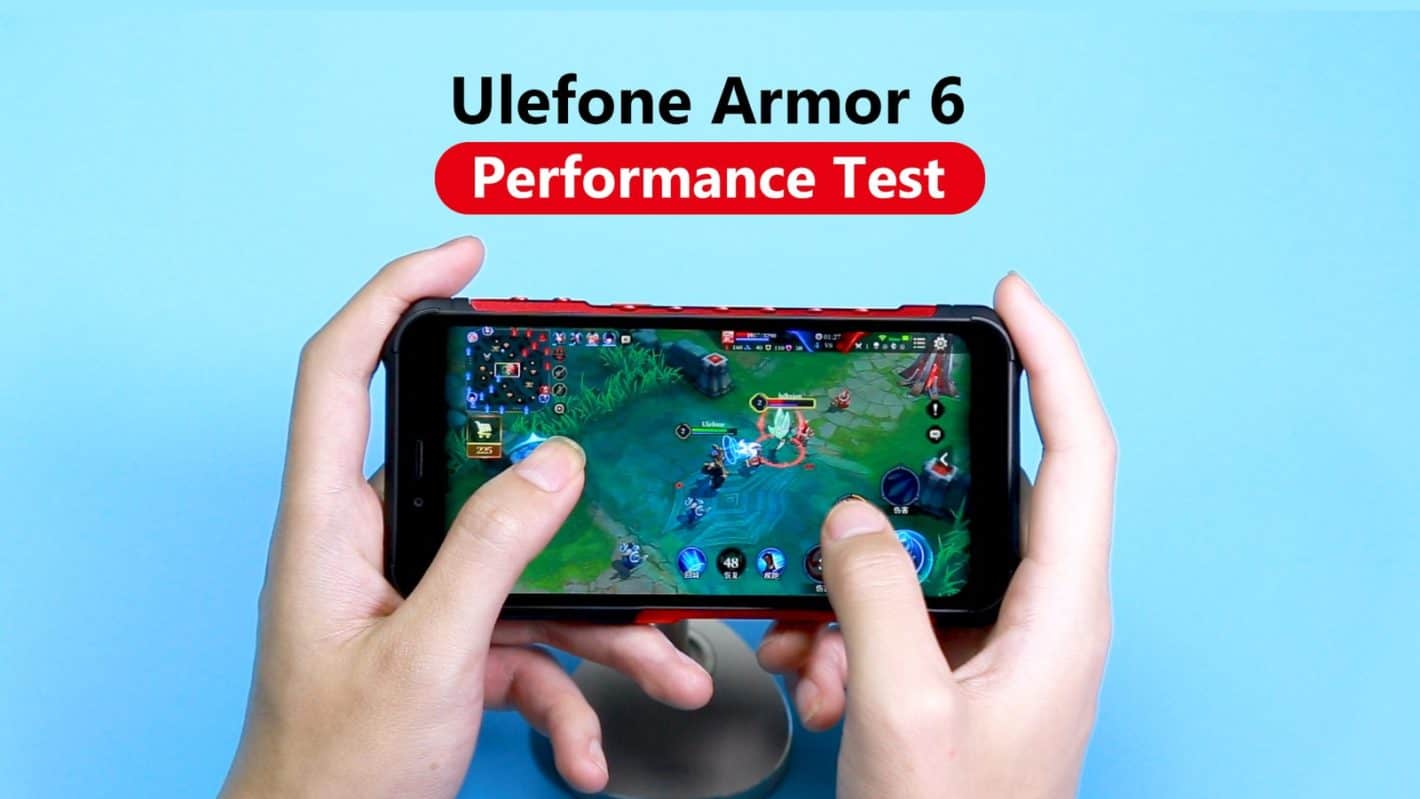 If you’re wondering where the Ulefone Armor 6 stands in terms of performance, well, the company has just released a new promo video which addresses that. The video has been published on YouTube and it is embedded down below for your convenience. In this 2-minute video, Ulefone wants to reassure everyone that the Armor 6 is a great performer, and it shows the phone in action in a number of scenarios.

In this video, you will be able to see games being played on the Ulefone Armor 6, and it seems like the phone handles all that without a problem. In addition to a number of games, Ulefone also shows off how fast the Armor 6 can open up apps, and that it does well in multitasking. None of this is exactly surprising, as the Armor 6 comes with a really solid set of specs, including MediaTek’s Helio P60 64-bit octa-core processor, and 6GB of RAM.

The Helio P60 is one of MediaTek’s best mid-range chips, and it can apparently run games with ease in combination with enough RAM. Now, the Ulefone Armor 6 is a rugged smartphone, so most people who buy it probably won’t run games on the device, but it’s nice to know that you can game on this smartphone in case you want to. The Armor 6 comes with a rather wide notch at the top of its display, and the handset also supports wireless charging, which is quite surprising.

The Ulefone Armor 6 features a 6.2-inch fullHD+ (2246 x 1080) display, while it includes 128GB of expandable storage. The device also comes with a large 5,000mAh battery, so if you do plan to play some games on the device, chances are you will get pretty good battery life, as the phone did really well in battery endurance tests.

On the back of the phone, you will find 16 and 8-megapixel cameras, while a single 8-megapixel camera is included on the phone’s front side. The device supports 4G LTE connectivity, while it comes with two SIM card slots. The Armor 6 is also IP68/IP69K and MIL-STD-810G certified, which means that it is water and dust resistant, but also that it can handle being dropped.

Those of you who are interested in buying this smartphone should know that the phone is now priced at $329.99 on AliExpress, and you can purchase it from the link down below. With the phone, you will also get a Type-C adapter, OTG cable, a screen protector, and even a free wireless charger.