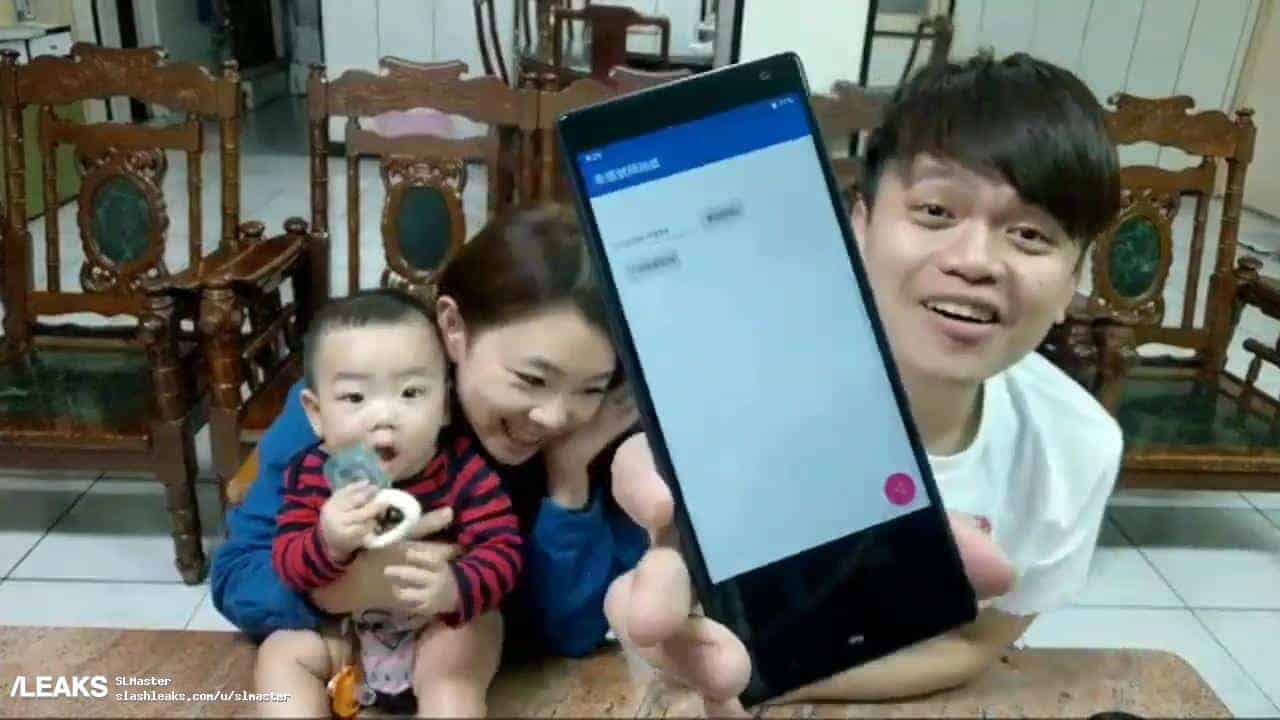 A content creator on YouTube posted a video showing a working unit of the Sony Xperia XA3. While the video got pulled in the meantime, viewers managed to screenshot portions of the video, and the images confirm recently released renders of the Xperia XA3. The screenshots show a man holding a unit of the mid-range handset offering, and in the clip, he shows both the front and the back of the smartphone.

The rear panel of the device holds a horizontally-arranged dual camera setup housed within an oval-shaped bump. Directly above camera sensors on the back is the LED flash, and the back of the smartphone also contains Sony's logo. Meanwhile, the content creator also showed the slim side and bottom bezels of the Xperia XA3, and the top bezel of the smartphone, which contains the selfie shooter and the earpiece, is considerably thicker. Moreover, the video shows that the top of the handset includes the headphone jack.

Several reports already detailed the design and the specifications of the Xperia XA3. According to recent renders and leaks, the device will feature a screen with a resolution of 2560 x 1080, and an aspect ratio of 21:9. The display of the smartphone, which is significantly taller than the 18:9 and 16:9 aspect ratio panels incorporated in other handsets, may result in rather odd multimedia content consumption, as video content is not exactly made for 21:9 display aspect ratio.

Sony will likely market the taller screen of the Xperia XA3 as CinemaWide Display. While the Japanese tech firm originally filed the trademark for its flagship smartphone offering, the Xperia XZ4, the similar aspect ratios of the upcoming premium handset and the mid-range device suggests that Sony may also use the same brand for the Xperia XA3.

A benchmark result discovered last August suggests that the Xperia XA3 will feature the Snapdragon 660 chipset. This SoC includes an octa-core Kryo 260 CPU clocked at up to 2.21GHz and the Adreno 512 GPU. The listing on the website of benchmarking application Geekbench also suggests that the device will feature 6GB of RAM. Earlier reports hinted that the bottom of the device houses both the loudspeaker and the USB Type-C port and that the handset will sport a 5.9-inch display.

The lack of a rear-mounted fingerprint reader indicates that like in several handsets launched late last year, Sony will move the sensor towards the handset's side. Earlier information suggested that the Xperia XA3 will measure 155.7 x 68.3 x 8.4mm.

Recent leaks and renders show that Sony's upcoming devices will feature designs that stand out from the competition, as the manufacturer includes even taller screens and avoids notched displays and punch-holes. In the face of mediocre performance of its smartphone division, Sony's design innovations may attract consumer's attention to its handset, which could possibly translate to better sales for the tech firm, or, on the other hand, it may push the company's mobile division further down the pecking order, as these new display aspect ratios will be quite weird to most consumers.