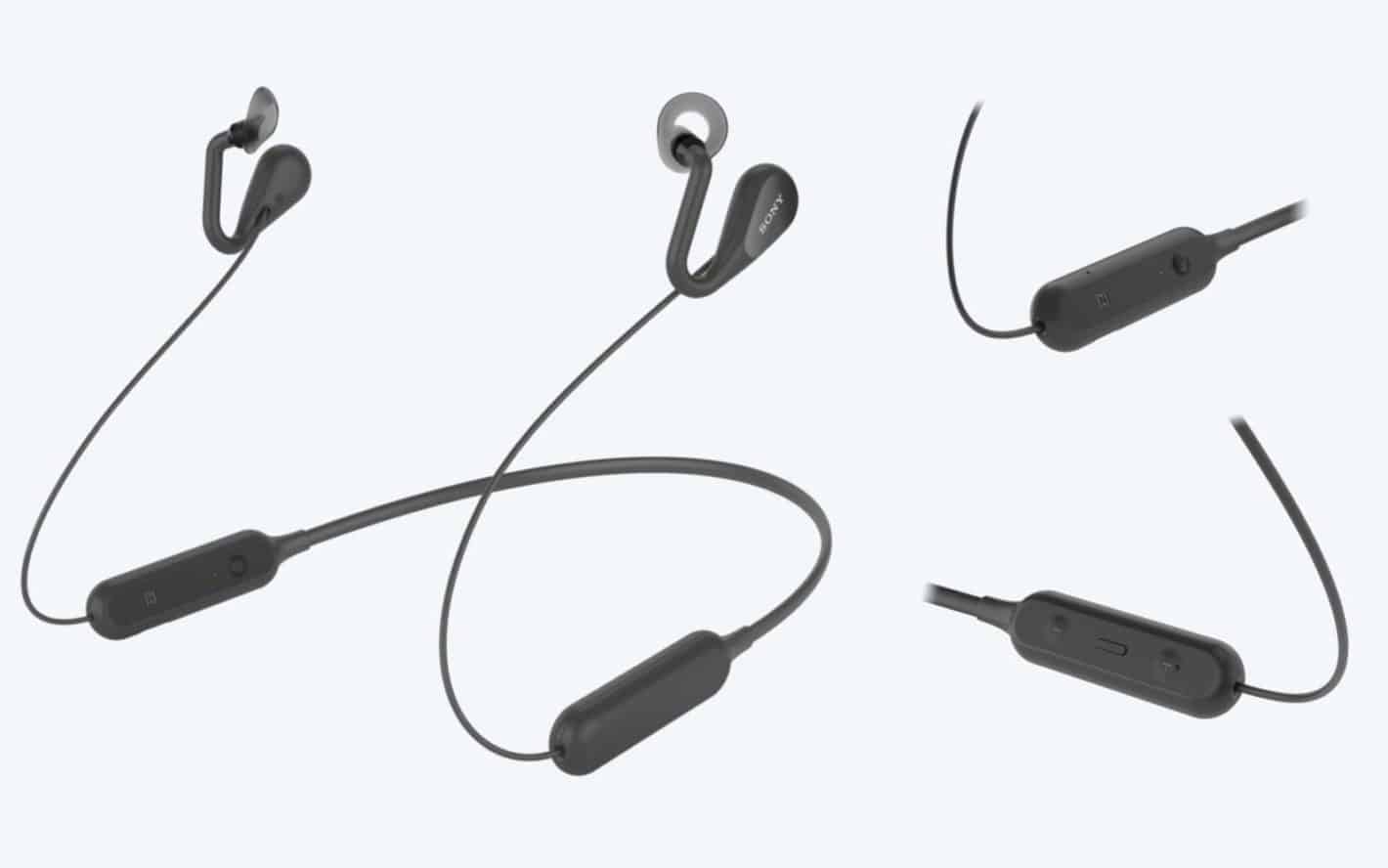 The new Open-ear Bluetooth Stereo Headset SBH82D doesn't feature a 'true' wireless styling. Instead, they're comprised of a 255mm cable that rests on the back of a user's neck as well as a 56.45mm-long control housing. Earbuds are attached to that arrangement via their own 210mm cable and the whole package weighs in at just 25.5g.

The other key factor with these earbuds, following in line with the previously mentioned listening device is that, as the branding implies, these have an open ear design. That's meant to not only keep users safe by allowing both top-end audio and environmental noise to be heard simultaneously but also to ensure that the wearer can continue interacting with their environment.

While most audio devices try to cancel out external noises, users should be able to continue having a conversation and maintain some situational awareness while wearing the SBH82D Bluetooth headset.

The control box on the unit keeps things simple and straightforward, featuring a multifunction button for call and playback control as well as easy access to Google Assistant or Siri. NFC is included for one-touch initial connectivity. The only other buttons are volume keys, on the same side of the device as the multifunction key, and a power button, LED indicator, and mic are embedded in the control box on the opposing side.

Regarding the specs that really matter for an audio accessory, the Sony Open-ear Bluetooth Stereo Headset SBH82D is driven by multipoint, multipair-enhanced Bluetooth 4.2. The reasonable impedance of 32 ohms, a frequency range of 20Hz to 20KHz, and a total harmonic distortion rating for audio playback from 100Hz to 10KHz at one milliwatt of just 10-percent should keep sound crisp and powerful.

The open-ear design, as noted above, depends on the use of a hollowed-out silicone ring that comes in three sizes with the headset and keeps the earbuds in place as well as letting external sounds through.

On the battery side of things, the total capacity is not listed by Sony. However, the company does indicate that talk time is rated at around eight-hours with its new headset and playing music only takes approximately a half-hour away from that — falling in at seven-and-a-half-hours. Standby time is rated at around 200-hours or just over eight days. Charging is claimed to take right around 2-hours.

Sony's latest wireless Bluetooth headset design is much sleeker and should be better all around than previous listening devices from the company for some regions as early as May 2019. Sony also hasn't provided any details about pricing. While not guaranteed by any means, because this is not a true wireless design it should be somewhat less expensive than the Xperia Ear Duo mentioned above — which sold for $280 in the US.