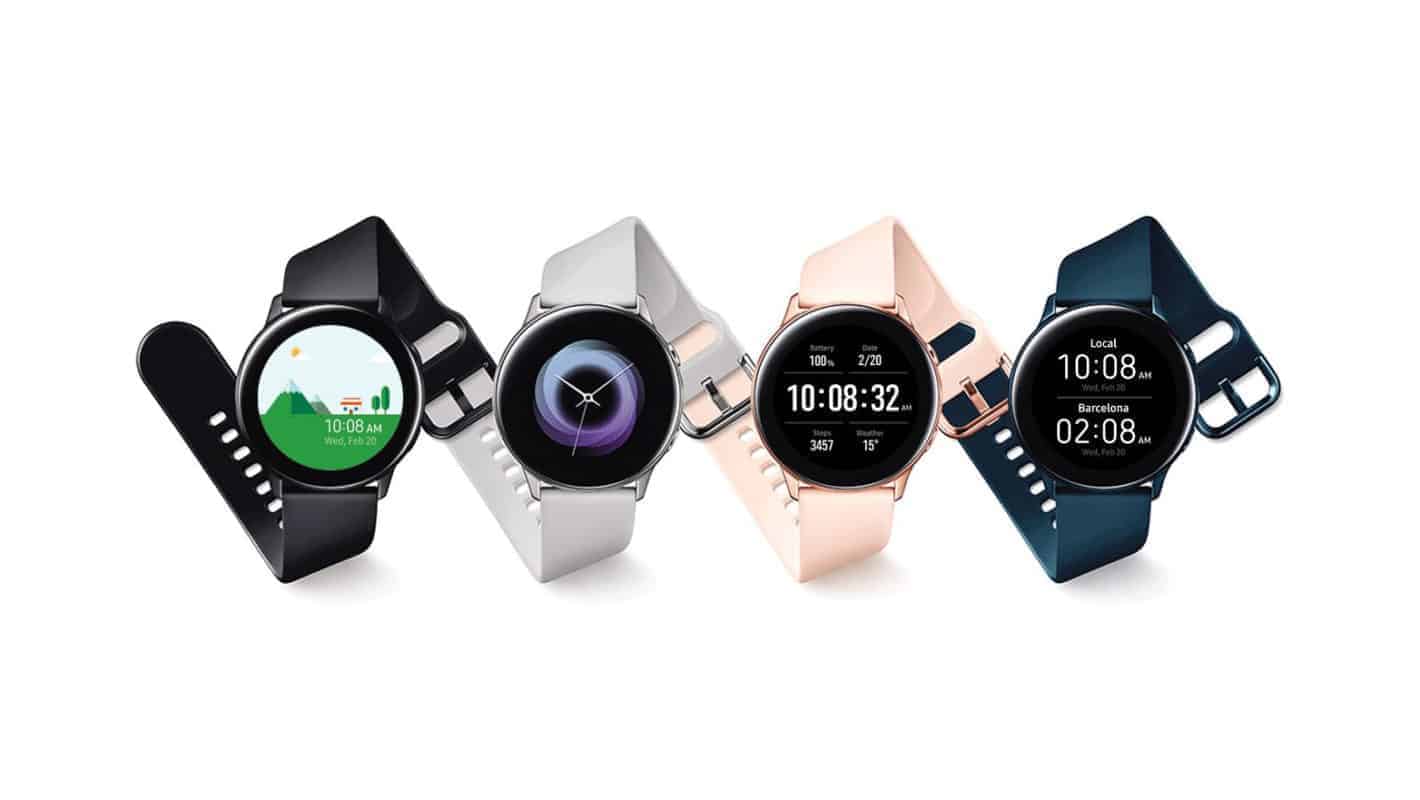 The Galaxy Watch Active is a more "active" smartwatch from Samsung, and it is positioned below the Galaxy Watch that it debuted last fall. It's focused more on fitness tracking than being an actual smartwatch. It is able to measure your blood pressure, in addition to the other things that fitness trackers can do. Of course, it will still measure your steps, calories burned and so forth. It is also rated at 5ATM, allowing you to use it in the pool to track your swimming too. And finally, it does still run on Tizen, and now Wear OS.

Samsung Pay is available on the Galaxy Watch Active, allowing you to pay for things with your wrist. It uses NFC and not MST, which means this will only work at NFC payment terminals. Samsung removed MST from its smartwatches with the Gear Sport when that released in the fall of 2017.

There is a 1.1-inch round, 360×360 resolution display available on the Galaxy Watch Active. It is powered by the Exynos 9110 processor, along with 768MB of RAM. Samsung has included 4GB of storage for storing apps and music offline. Finally, there is a 230mAh capacity battery inside, which is much smaller than the Galaxy Watch's battery, but remember that this is a smaller smartwatch with less functionality.

One of the big things that the Galaxy Watch Active leaves behind is the rotating bezel. A feature that has been very popular on Samsung's smartwatches over the past few years. This means you'll actually need to use the touchscreen to navigate through the UI, instead of rotating the bezel.

Samsung has opened pre-orders for the Galaxy Watch Active, and you can pre-order yours today. It is available in four colors: silver, black, rose gold and sea green. The band as well as the outside of the watch casing, matches, giving it a nice look, especially on the silver version.

You can pre-order your Galaxy Watch from Samsung's own website by hitting the link below. The Galaxy Watch Active is not yet available on other retailers' websites yet, but that should change in the coming days.

Advertisement
Pre-Order Galaxy Watch Active - Samsung.com
Trusted By Millions
Independent, Expert Android News You Can Trust, Since 2010
Publishing More Android Than Anyone Else
0
Today
169
This Week
661
This Month
3173
This Year
104652
All Time
Advertisement