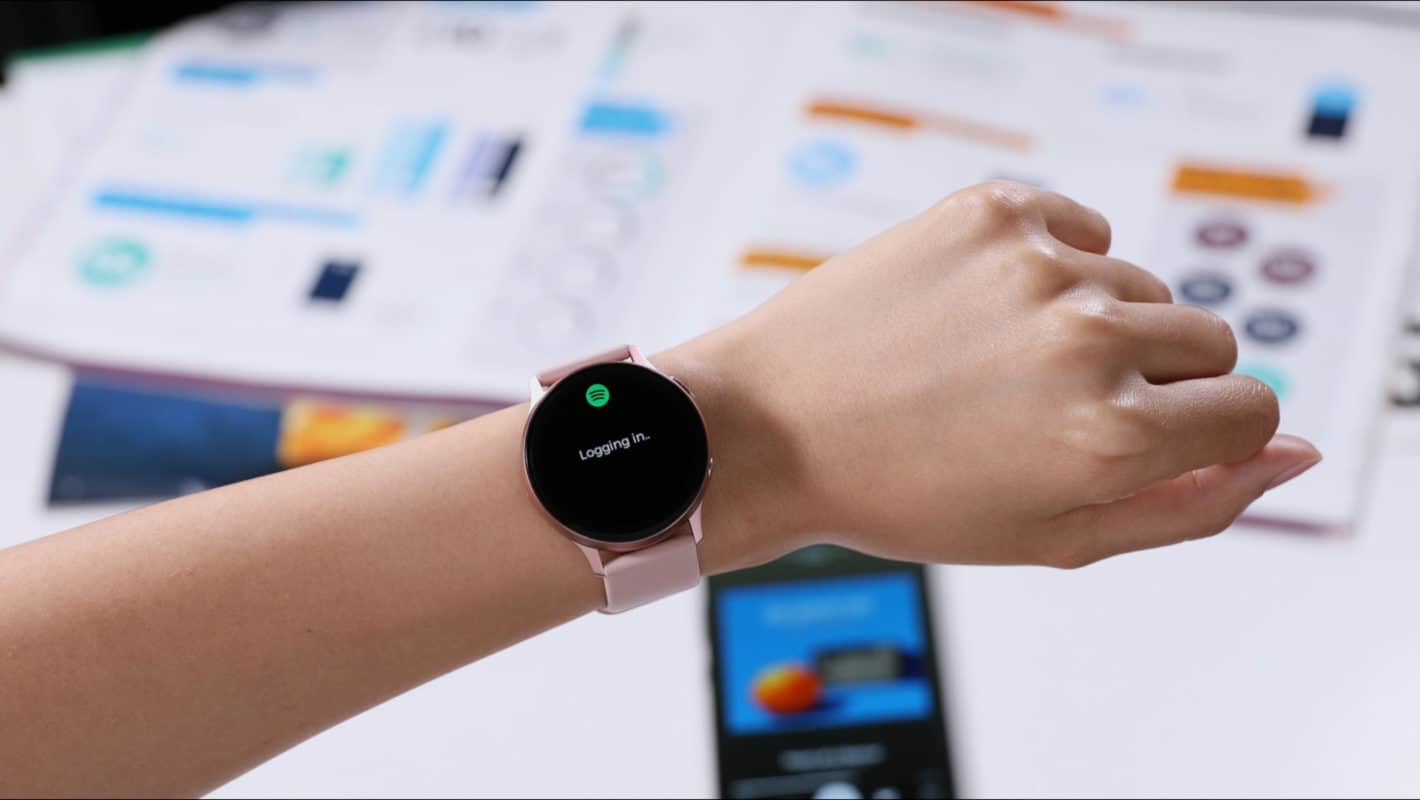 Over the last few weeks, rumors about an upcoming Samsung watch thought to be the Galaxy Sport has been doing rounds and the folks over at XDA Developers have now reported that the watch would actually be called the Samsung Galaxy Watch Active, thanks to their tipster deadman96385. Along with revealing the name of the wearable, the publication also fiddled with the firmware of the smartwatch and has revealed some key details about its specifications. It is also being claimed that the said watch would not be an upgrade over the Galaxy Watch released last year, rather it would be a successor to the 2017 Gear Sport.

The press renders of the supposed Galaxy Watch Active have leaked already and now most of its alleged specifications and features have also been unearthed. Like other Samsung smartwatches, the Galaxy Watch Active is also expected to be Tizen OS-based. It is expected to come pre-installed with the Tizen 4 software, or more specifically Tizen 4.0.0.3. The watch is apparently codenamed "Pulse," and this code name has also been spotted before in various reports. The wearable bears the model number SM-R500, which puts it in the same league as the 2017 Gear Sport, which had the model number SM-R600.

The firmware files have also revealed that the watch will sport a 1.3-inch display, which makes its screen a hair larger than that of the 2017 Samsung Gear Sport but at 360×360 pixels, the resolution stays the same. If previously leaked images are to go by, the upcoming watch will feature a round display, chrome chassis, and two circular buttons. The watch will reportedly be available in four colors: silver, black, blue, and rose gold.

The Galaxy Watch Active will seemingly be fueled by the Exynos 9110 chipset, the same silicon that underpins the last year's Galaxy Watch. When it comes to battery capacity, the new wearable seems to have taken a step back, as the firmware files indicate that it will pack in a small 230mAh battery. This is rather surprising as the Gear Sport comes with a 300mAh battery. However, it could be that the firmware files belong to a smaller version of the watch. Even if that's not the case, the small battery capacity is nothing to sweat over as the Exynos 9110 is known to be power efficient.

Samsung is also expected to release an LTE model of the watch, as well as one which supports GPS, but in all likelihood, this could turn out to be one model, i.e. an LTE model that comes with GPS. Furthermore, it is also believed that Samsung will release a dual eSIM variant of the Galaxy Watch Active.

The upcoming watch will also seemingly feature a heart rate monitor but no concrete evidence was found in the firmware files that indicates the presence of the rumored blood pressure monitor. Other than that, the wearable will also sport NFC for Samsung Pay.

Samsung might reveal the Galaxy Watch Active during its Unpacked event that's scheduled to take place on February 20 at San Francisco or it may choose to launch it during the upcoming Mobile World Congress that will take place in Barcelona towards the end of the month.