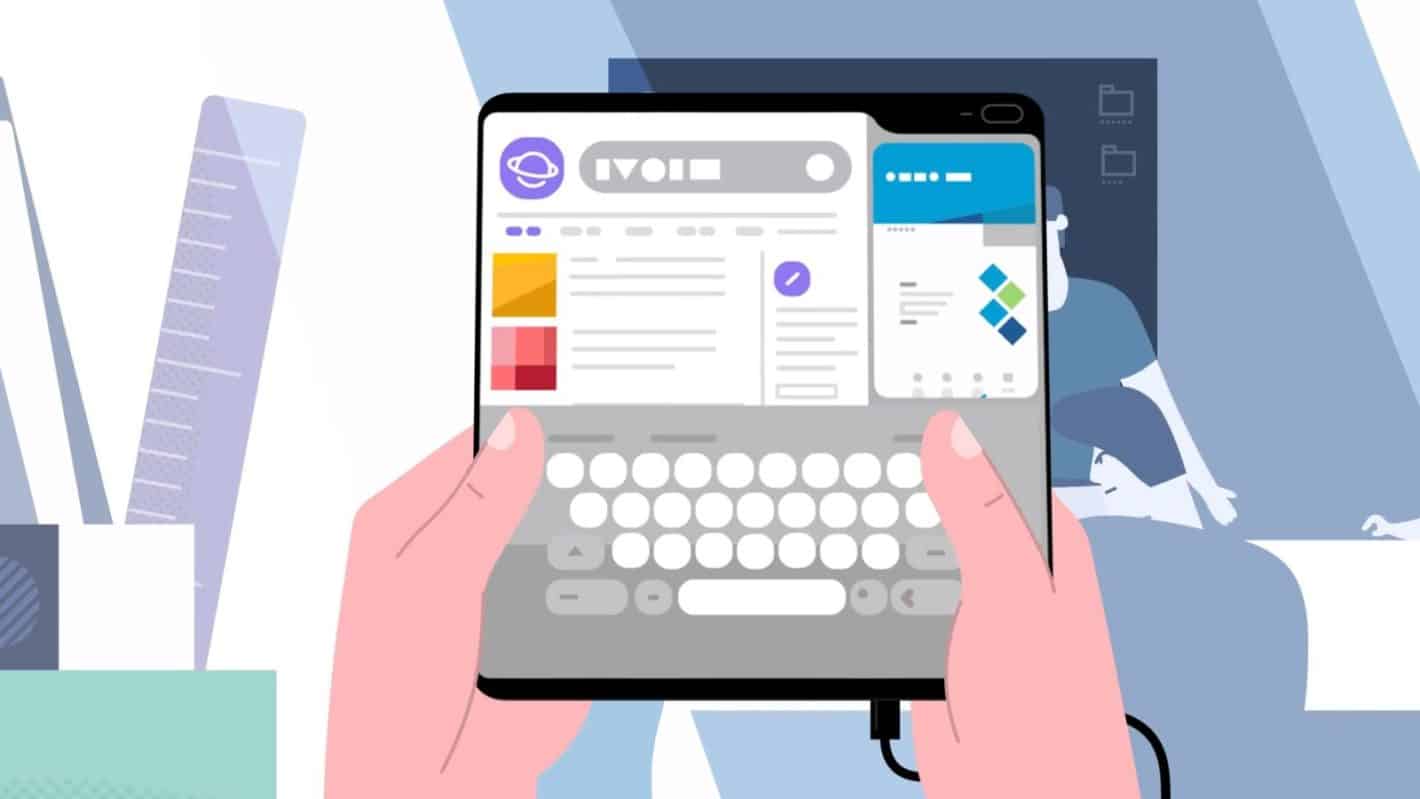 Samsung Executive Vice President Eui-Suk Chung shared more details about the thought process that went behind the development of the Galaxy Fold while speaking at Mobile World Congress in Barcelona. In a recent interview, the EVP reveals that Samsung views the Galaxy Fold as a direct response to how people interact with their phones today, which is “all the time and for all things” and offered a glimpse at how foldable technology could evolve even further in the future.

The interview touched on future App Continuity support while an embedded cartoonish YouTube video provided a few examples of how the Galaxy Fold will change the way people will interact with mobile devices in this emerging foldable category.

Samsung has prior experience with so-called “hybrid” mobile devices including the Galaxy Note series which greatly contributed to defining the “phablet” concept. The Galaxy Note itself was created because Samsung noticed a demand for larger screens, but apparently, this need has not been entirely satiated by the Note series and, as a response, Samsung developed the Galaxy Fold.

The new form factor brings together the functionality of smartphones and tablets thanks to a combination between the 4.6-inch non-flexible screen and the large 7.3-inch flexible panel. This unique design allowed the OEM to explore new ways in which users can interact with mobile applications, and App Continuity along with Multi-Active Window are direct results of this hybrid design.

App Continuity is a new feature that allows users to seamlessly “move” applications between the Galaxy Fold’s two displays, whereas Multi-Active Window takes split-screen multitasking to a new level by allowing three mobile apps to be simultaneously shown on the screen.

The interview reveals that these new functions have been developed in partnership with app developers in the Android community as well as Google. And to ensure that some of the most popular mobile applications will be optimized for the Galaxy Fold’s unique software, Samsung set up a test lab allowing the OEM and its partners to work more closely for the best possible results.

Still, not every application is capable of leveraging on the capabilities of App Continuity and Multi-Active Window. Samsung will continue to work with its partners to increase the number of apps optimized for these features, but thanks to the foldable phone’s “app compatibility software” the OEM promises to offer the “best possible experience” for applications that have not yet been optimized. Only time will tell just how well the myriad of unoptimized apps will work with the new form factor.

But in Samsung’s eyes, this new foldable form factor is only the beginning of a new era. Specifically, Eui-Suk Chung claims that mobile devices capable of folding in multiple ways are now technically obtainable, and future smartphones could even become rollable or stretchable. The tech giant has been working on foldable display technology for nearly a decade, with its first flexible display prototype having been showcased as far back as 2011.

There were other challenges that had to be faced in order to create the Galaxy Fold, beyond the development of a reliable foldable screen. A lot of engineering effort went into the development of certain mechanical aspects such as the Galaxy Fold’s internal hinge, and of course, stretchable and/or rollable form factors will pose their own challenges in all areas across the board, ranging from hardware to software.