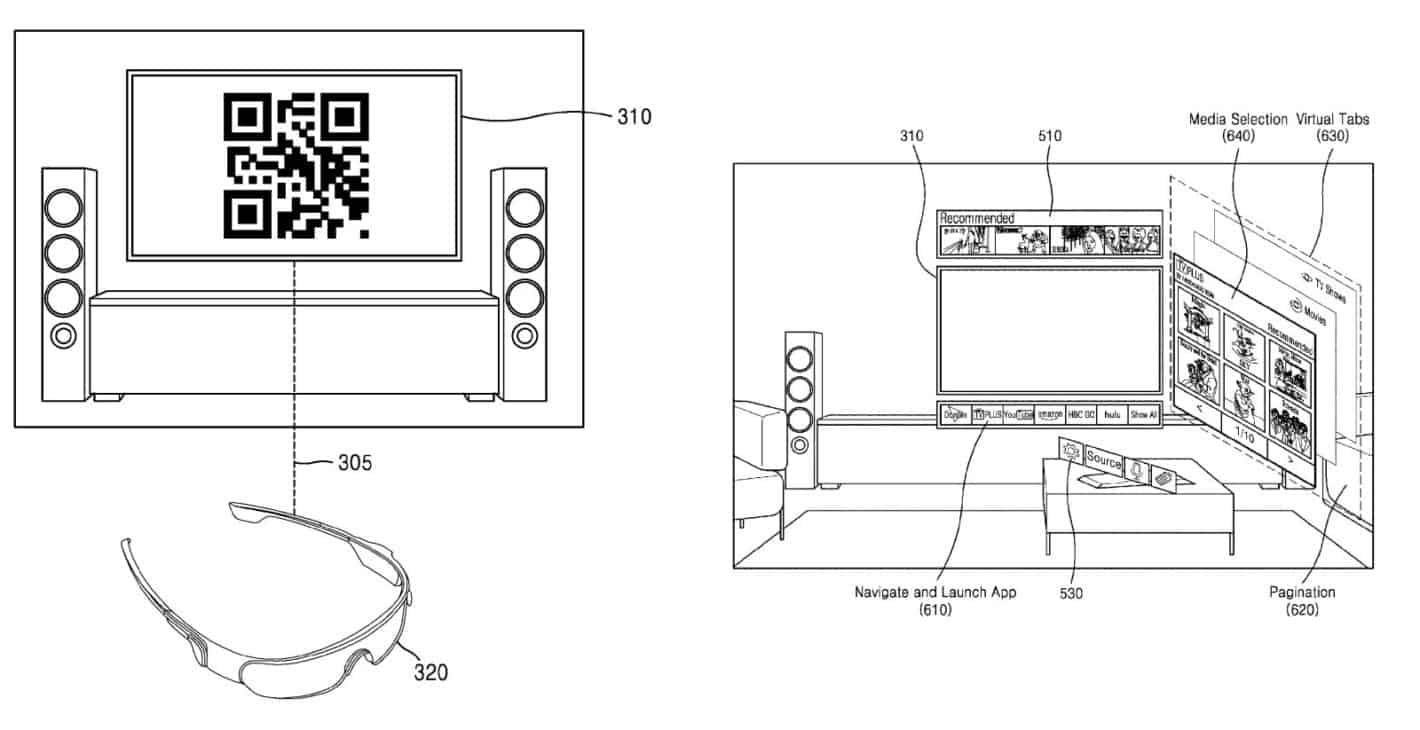 A recently approved patent application filed with the World Intellectual Property Office last summer suggests that Samsung is looking to strengthen its position in the emerging augmented reality market and might be developing AR glasses designed to show holographic images. Specifically, the patent revolves around “a method of coordinating a mixed-reality HMD with a separate media device” for the purpose of syncing media between the devices and providing appropriate controls for the HMD through a holographic user interface.

The patent application includes a number of sketches detailing the syncing process along with examples of a holographic UI interacting with a smart TV. The holographic content is shown through a pair of smart AR goggles but the syncing method is the focus of the patent, rather than the HMD itself. However, even if the hardware is not specifically detailed, it looks like Samsung’s solution to establish its position in the AR market is to create a device similar in function to the Microsoft HoloLens.

The idea here is to project virtual objects, images, and media controls for synced devices into real 3D space, or rather onto the HMD’s screen in a way that they would blend in with the user’s surroundings from his or her point of view. Samsung’s intentions to invest more into the AR market in the near future became more evident last December when another application aimed to trademark the “AR World” moniker along with the slogans “Fully Integrated to Fully Immersive” and “No Boundaries, Endless Possibilities.” Judging by the latest patent, it would seem that the OEM’s first steps towards establishing its AR World brand – or whatever the company’s mixed reality product line will eventually be known as– could be the release of AR/MR goggles.

Up until now, the OEM’s involvement with AR technologies only led to the creation of animated emojis which haven’t really left a noticeable mark on the industry. But with a transition from simple AR-based applications and software features to fully-fledged hardware, Samsung could potentially become a bigger name in the AR field. Furthermore, while solutions such as the Microsoft HoloLens are primarily targeting the enterprise segment, Samsung’s patent application suggests that the OEM’s first AR HMD could be designed for the consumer market.

Samsung has some experience with HMDs but only on the Virtual Reality front. While companies such as Oculus and Valve/HTC have fueled the early days of consumer VR with premium-grade virtual reality headsets, Samsung took a different route with the Gear VR HMD and wanted to give mobile users a virtual reality experience for a lower budget. Likewise, the OEM could adopt a similar strategy in the AR space with the launch of consumer-grade solutions.

Samsung seems to have abandoned the VR market as no new Gear VR models have been released since 2017, and the company’s marketing push towards this particular segment has seemingly been halted. But as time goes by it looks like the OEM might redirect its resources into the AR segment which many believe will have a higher chance of success in the coming years compared to VR, due to the technology offering more potential applications. 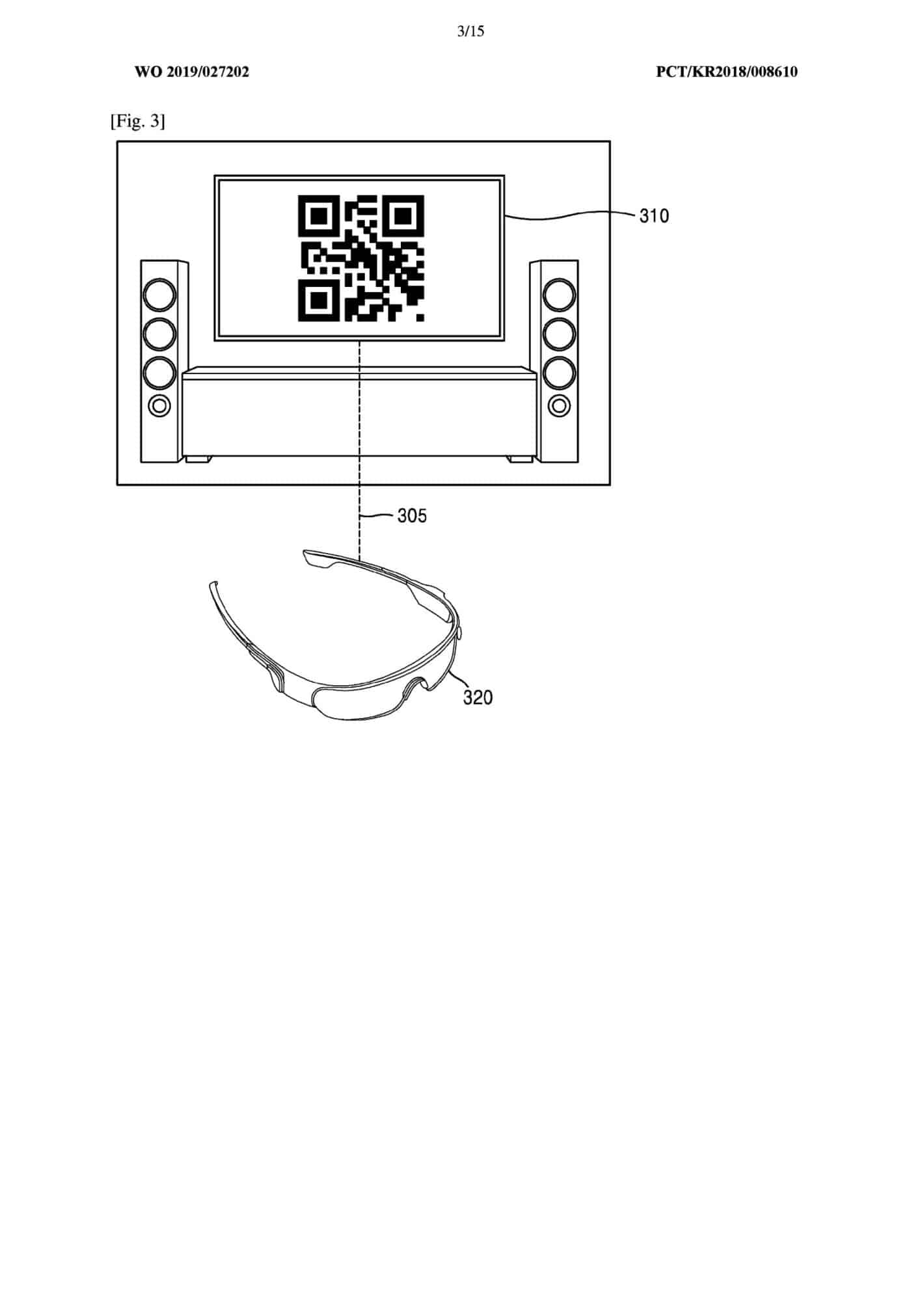 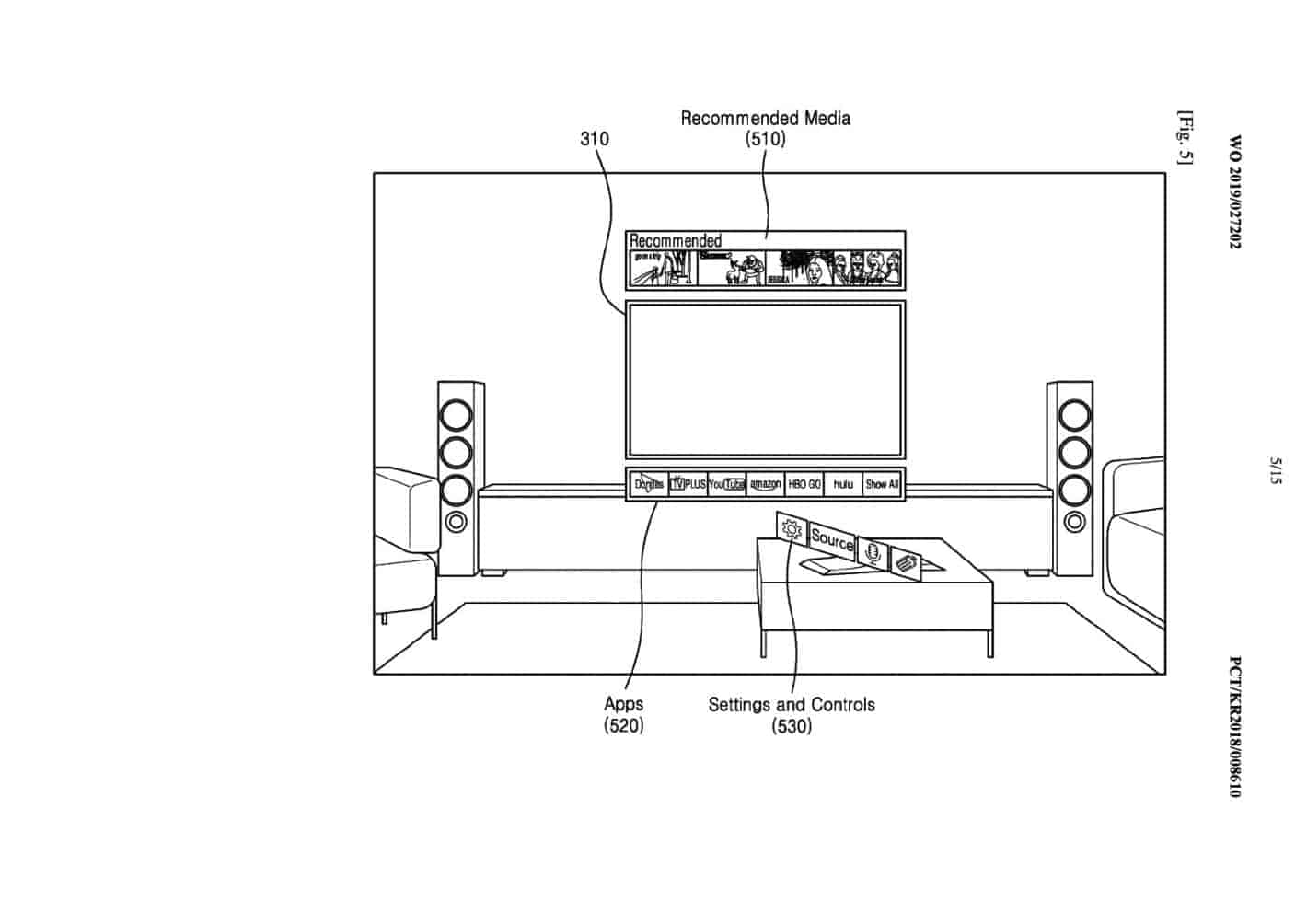 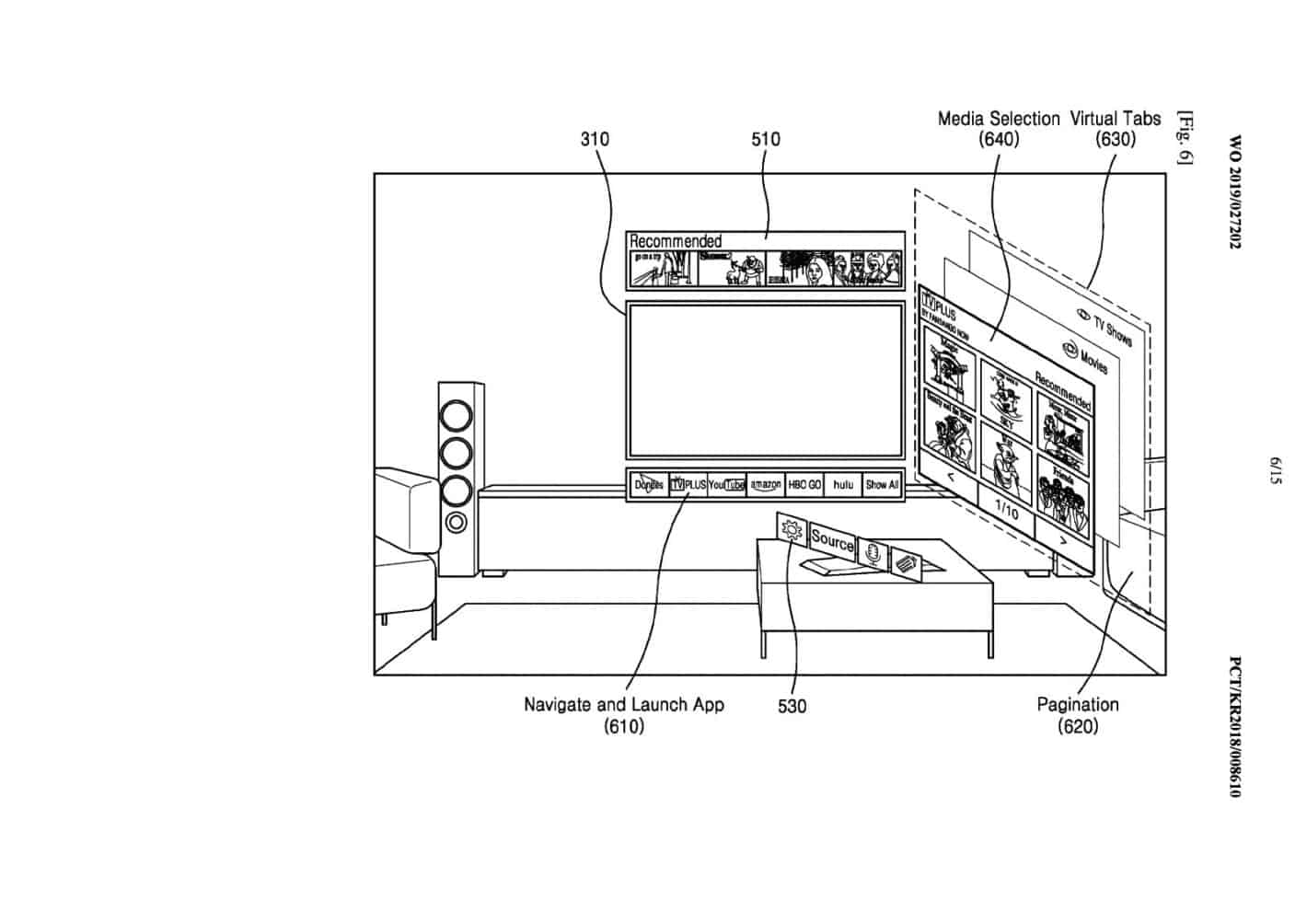 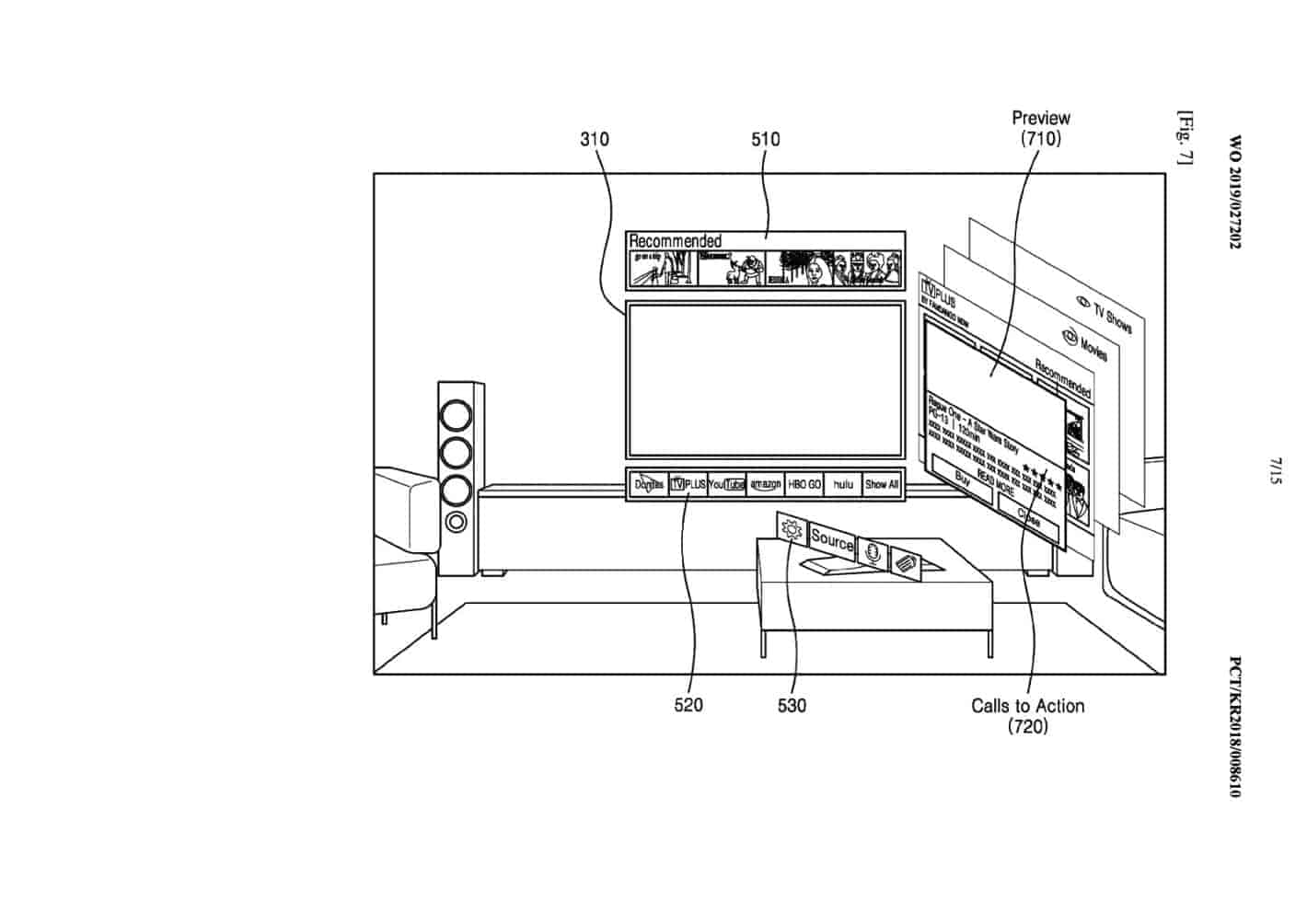 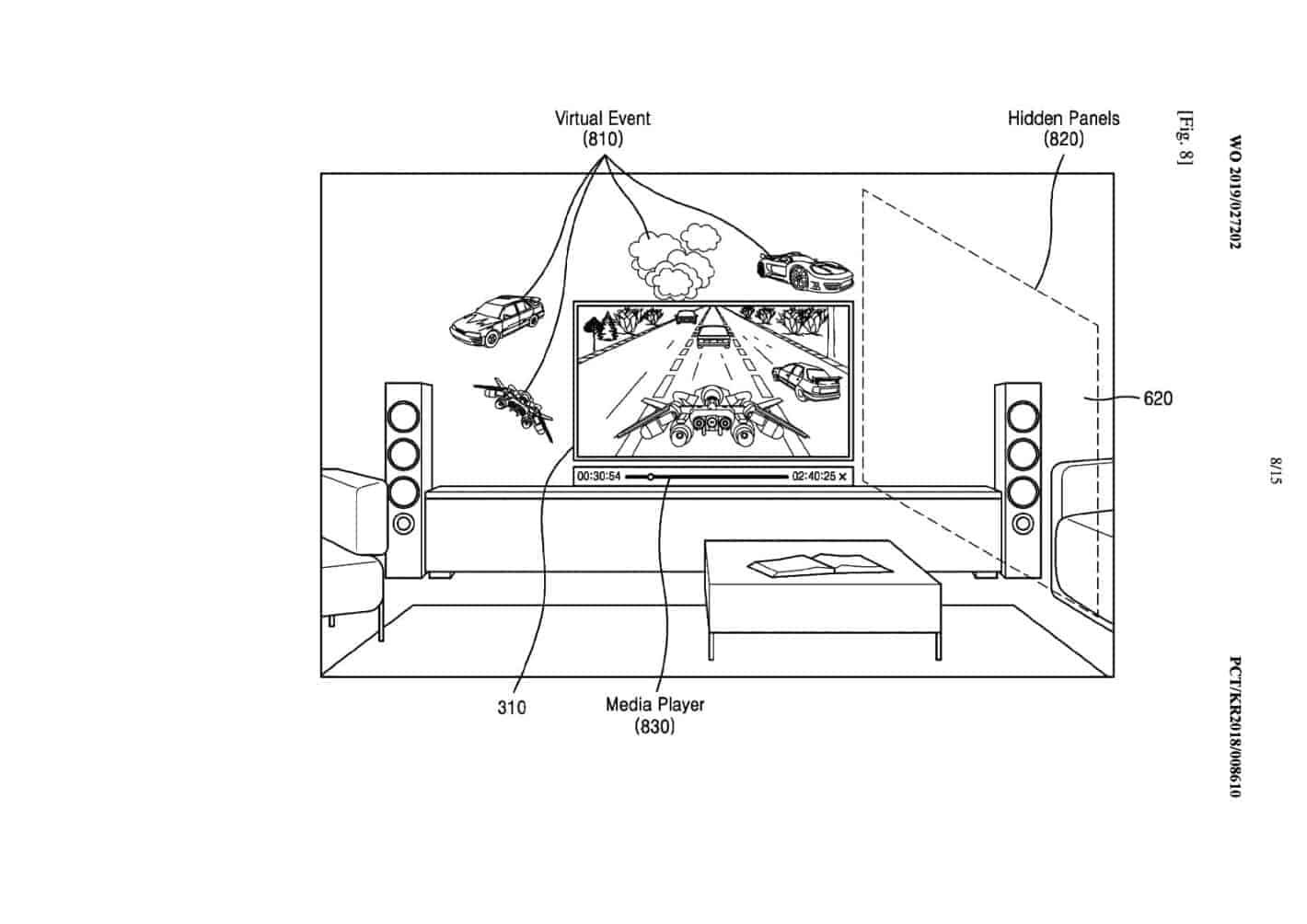 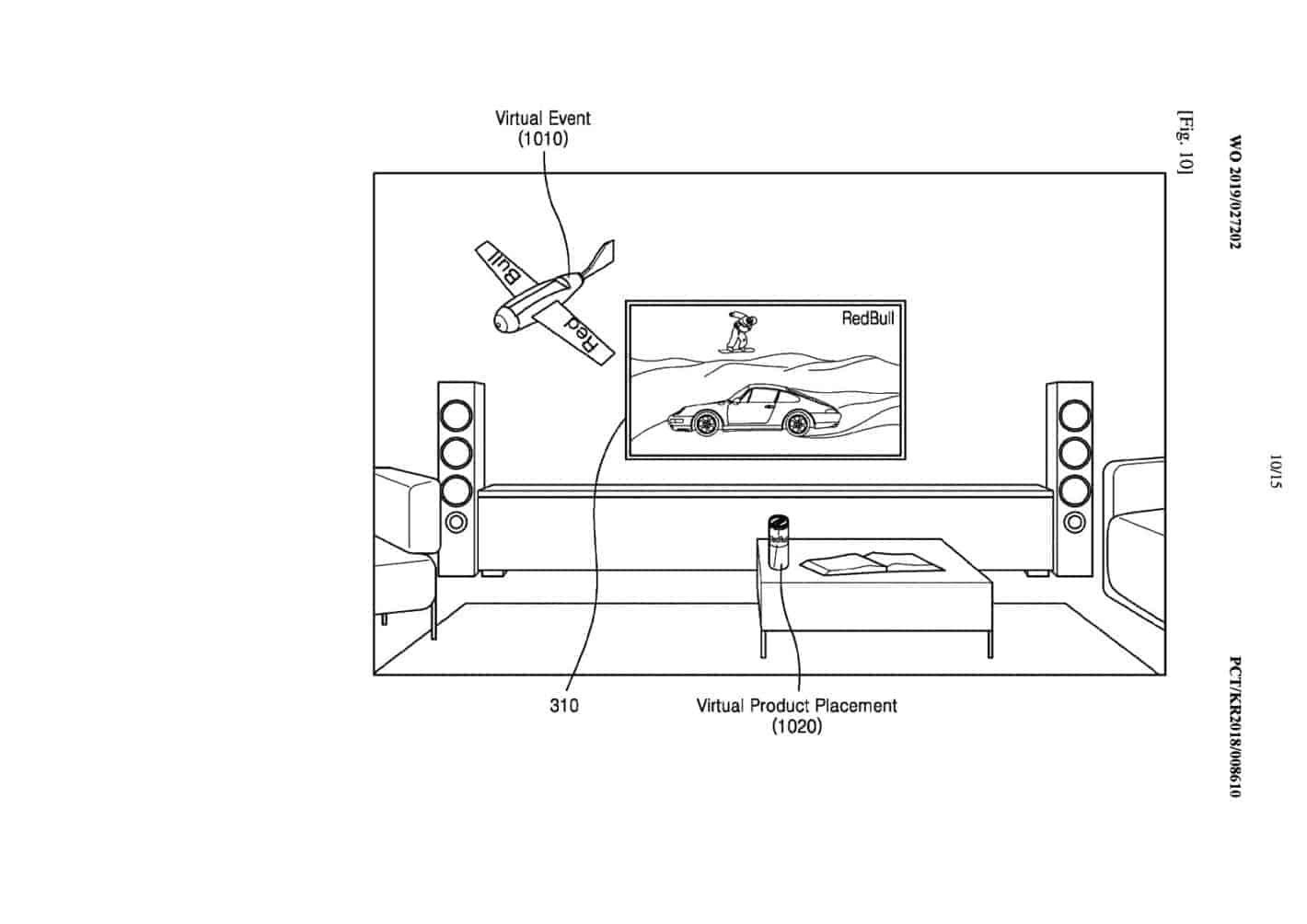 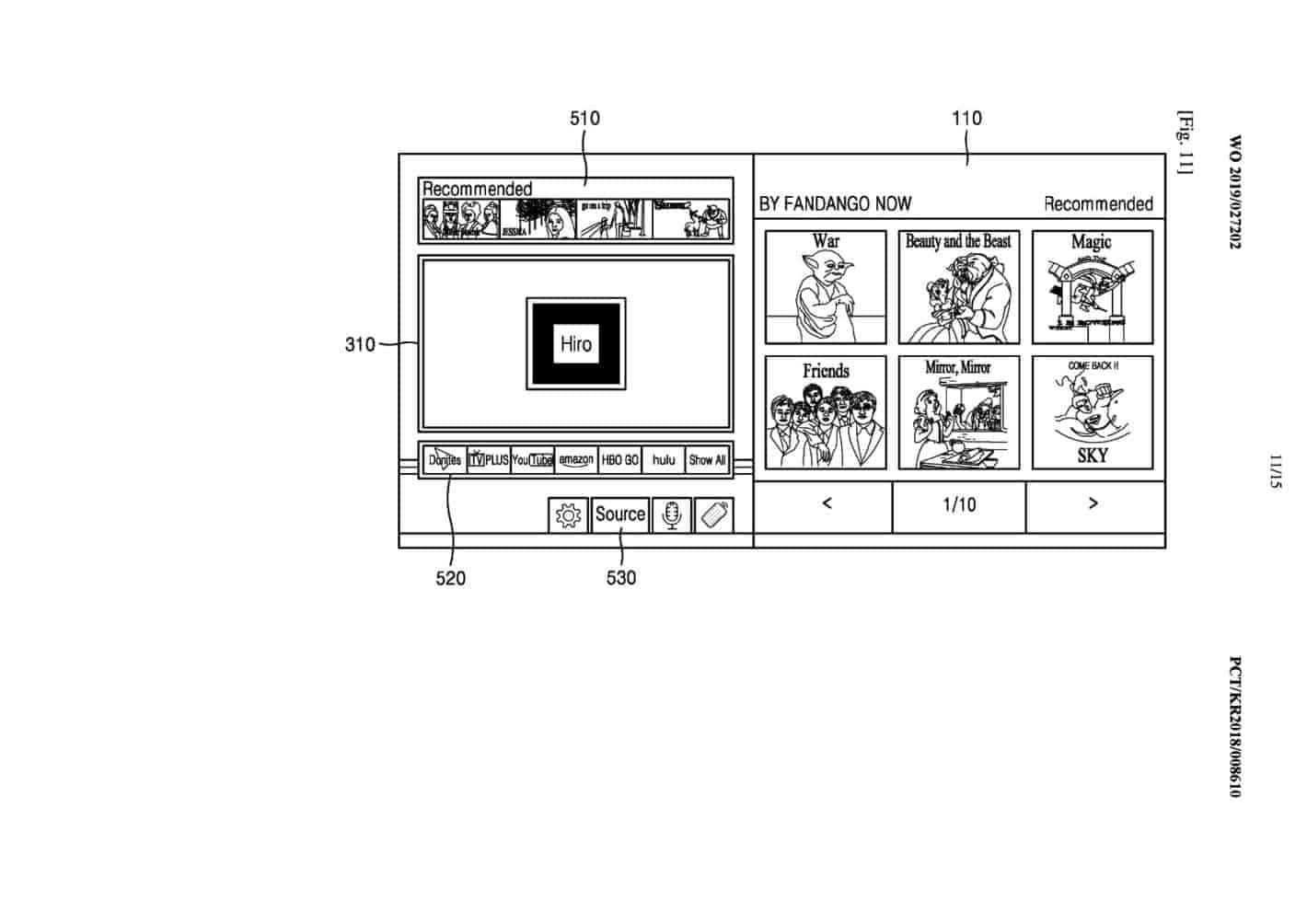 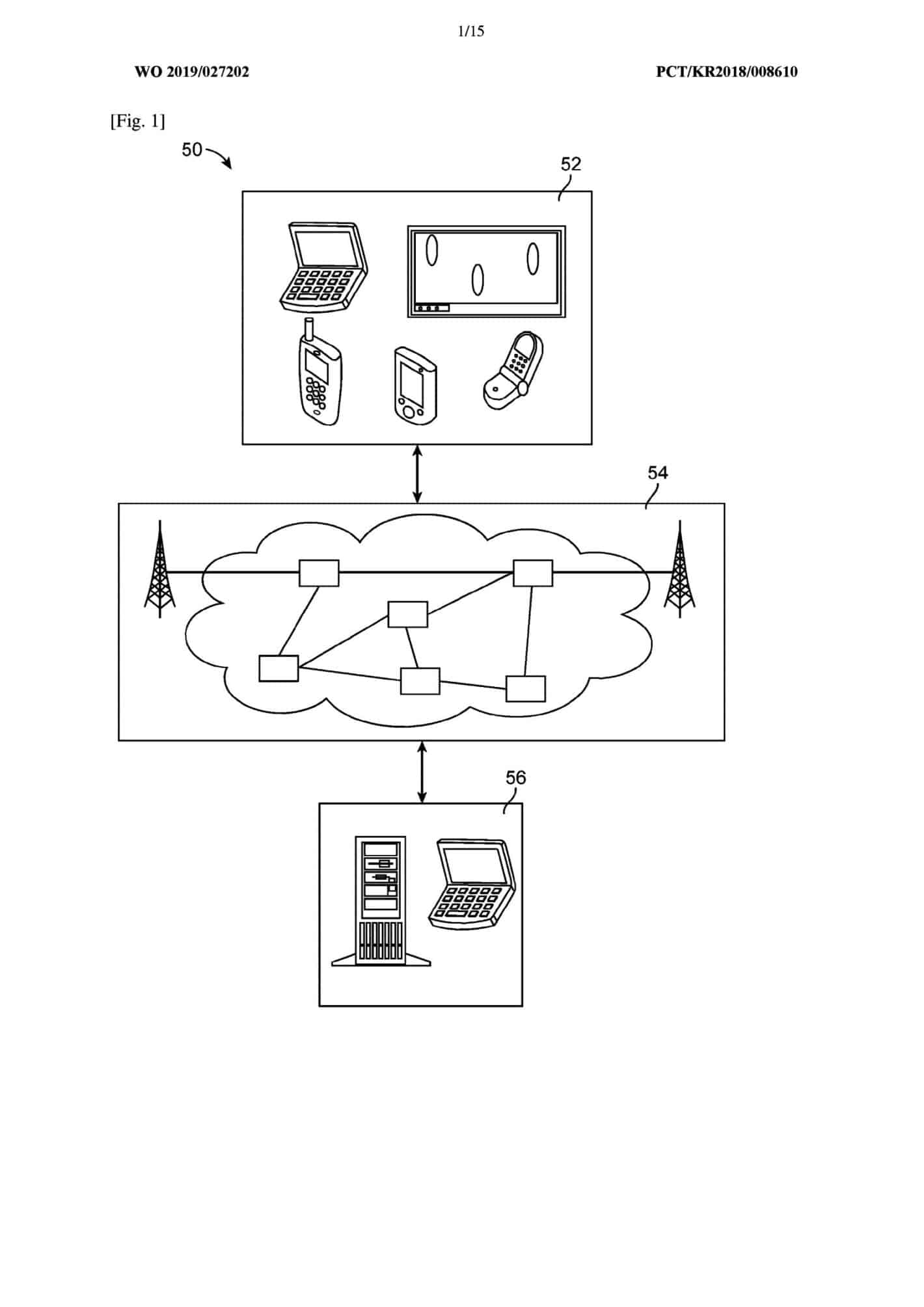 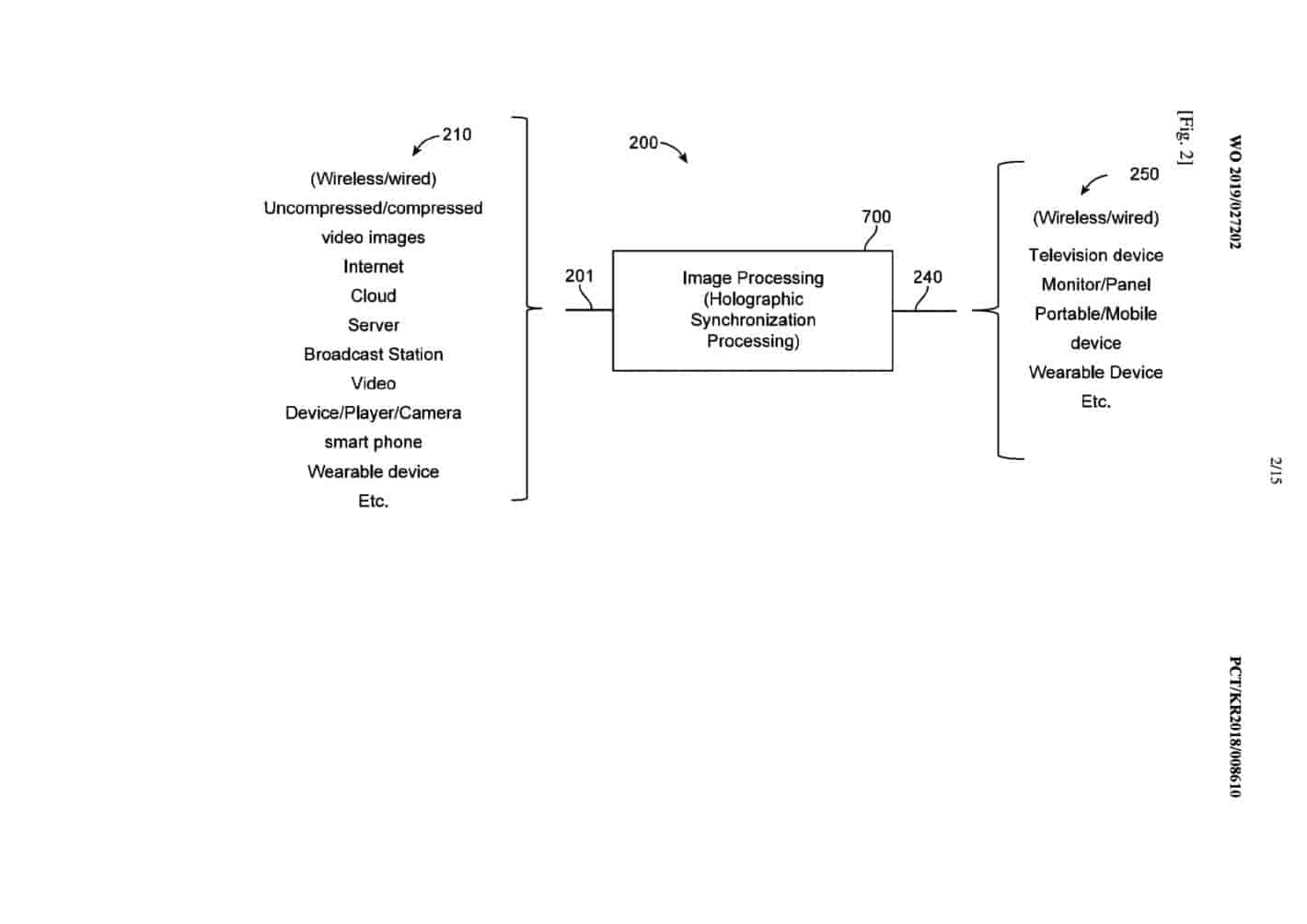 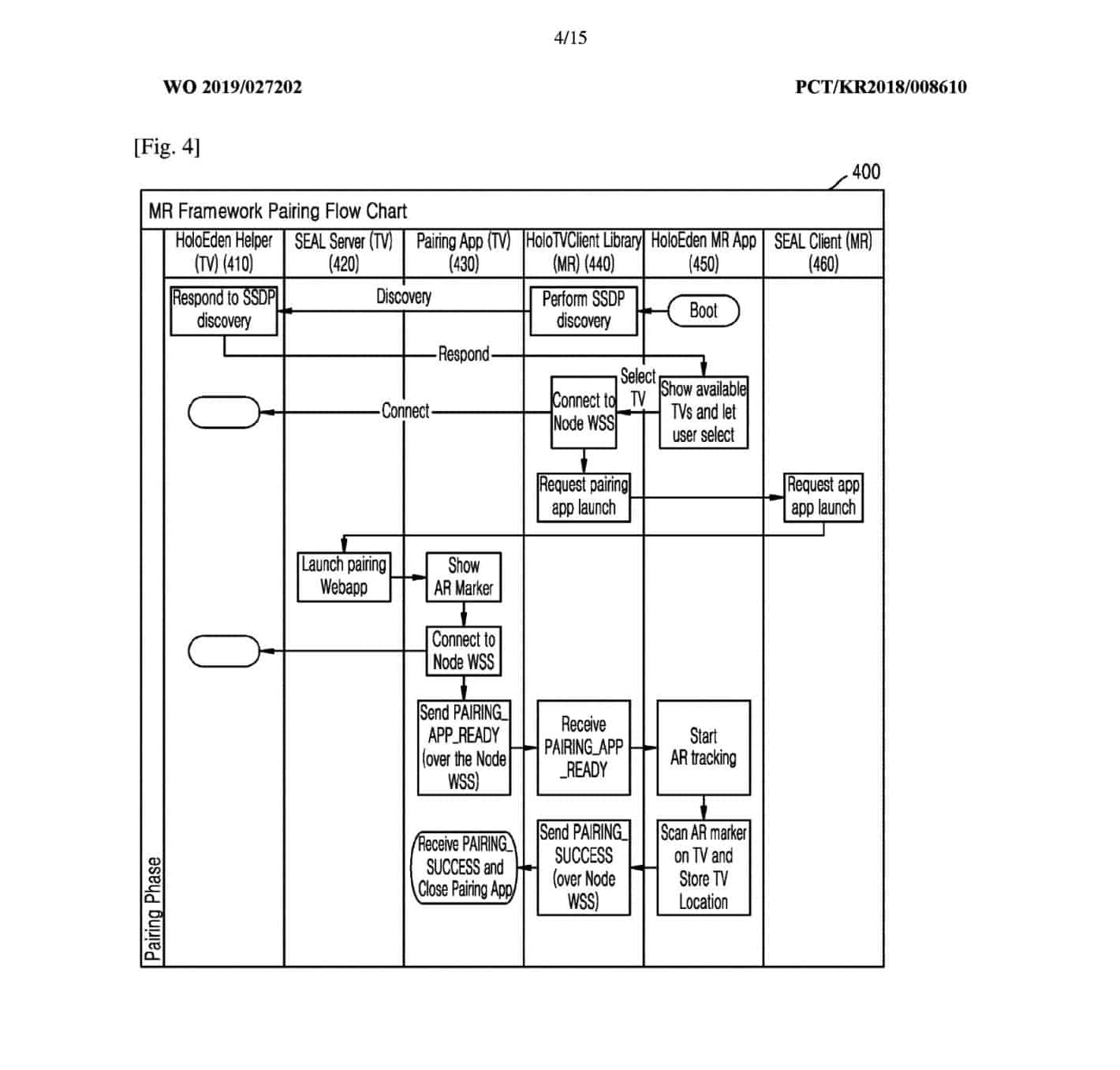 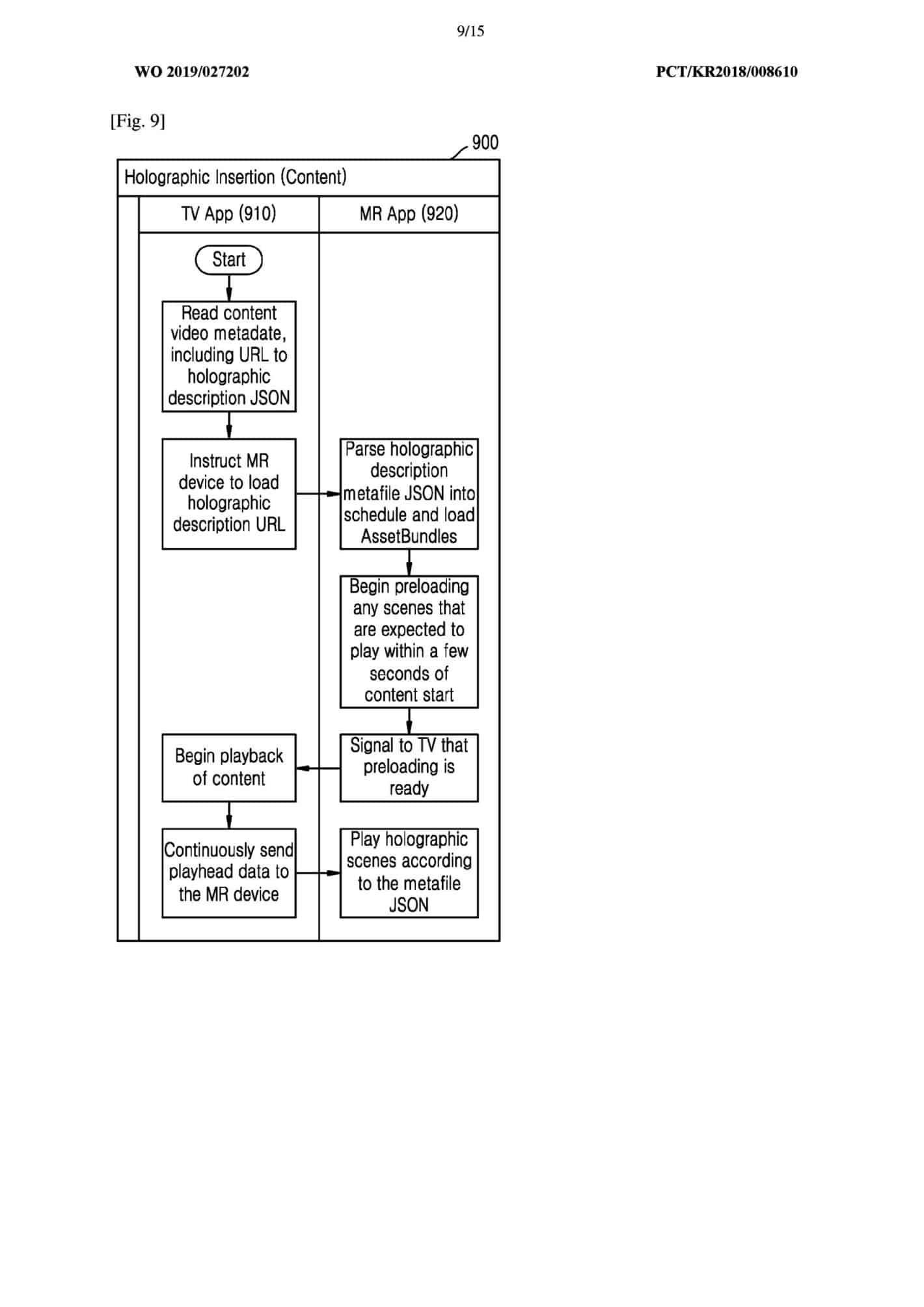 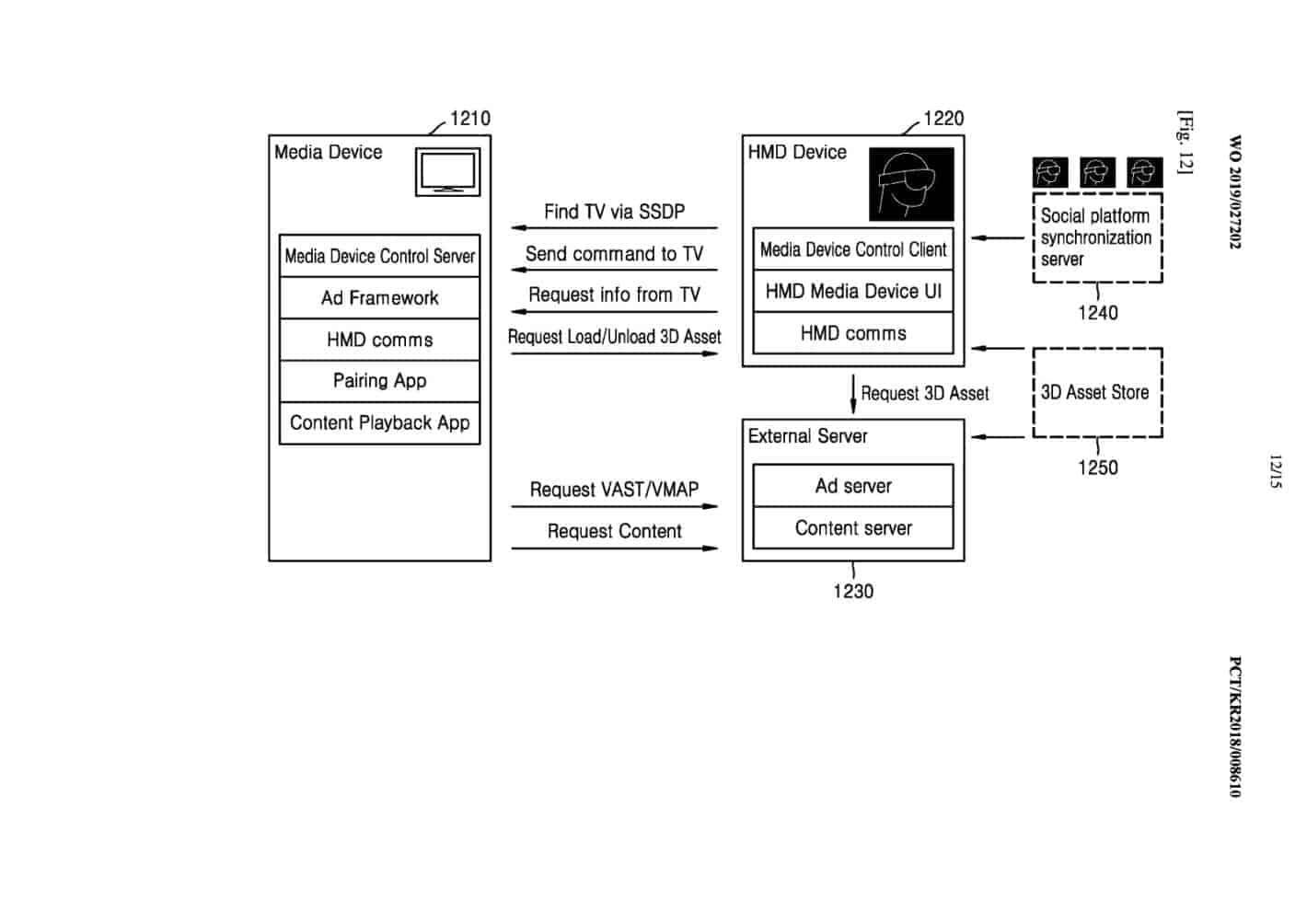 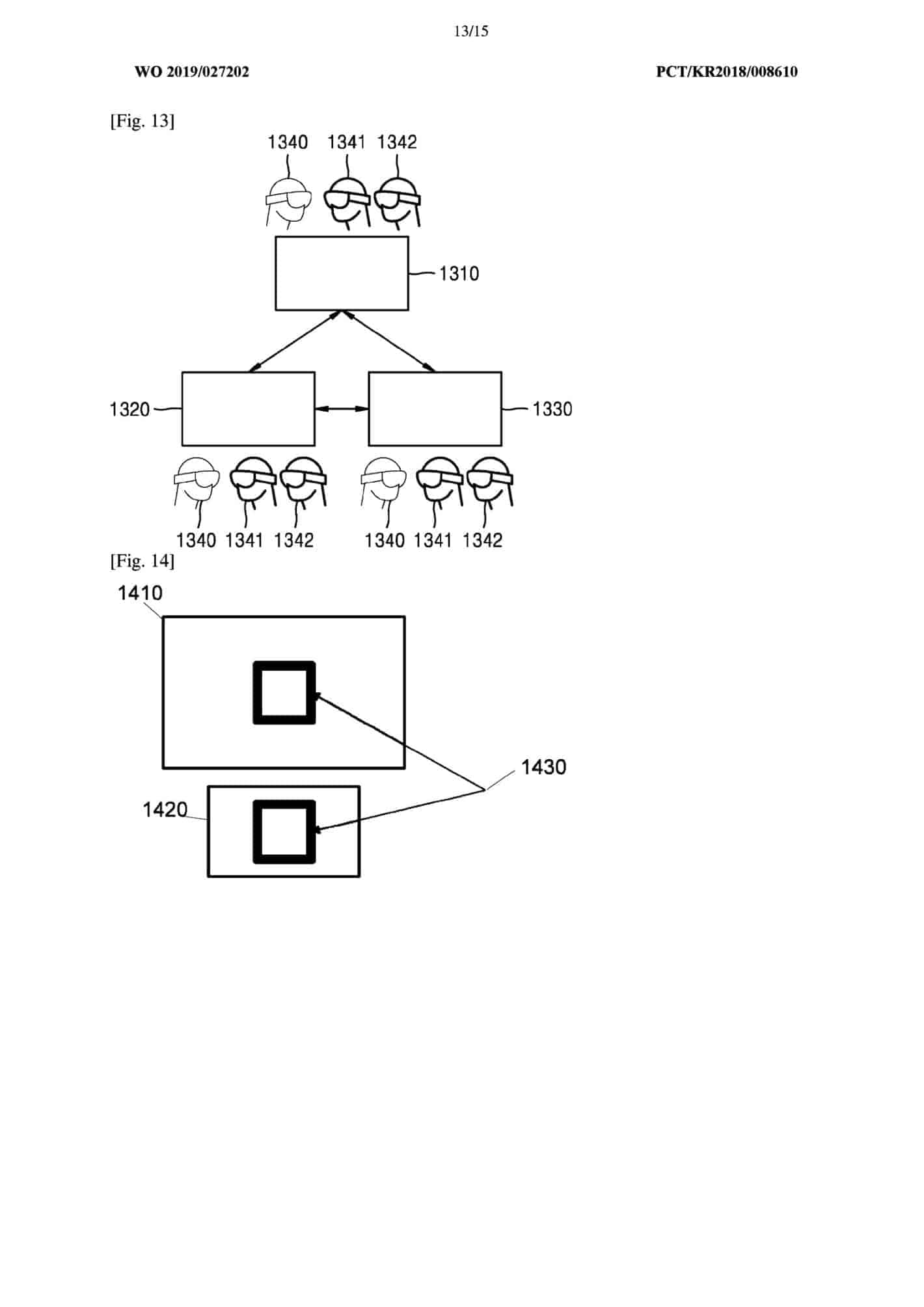 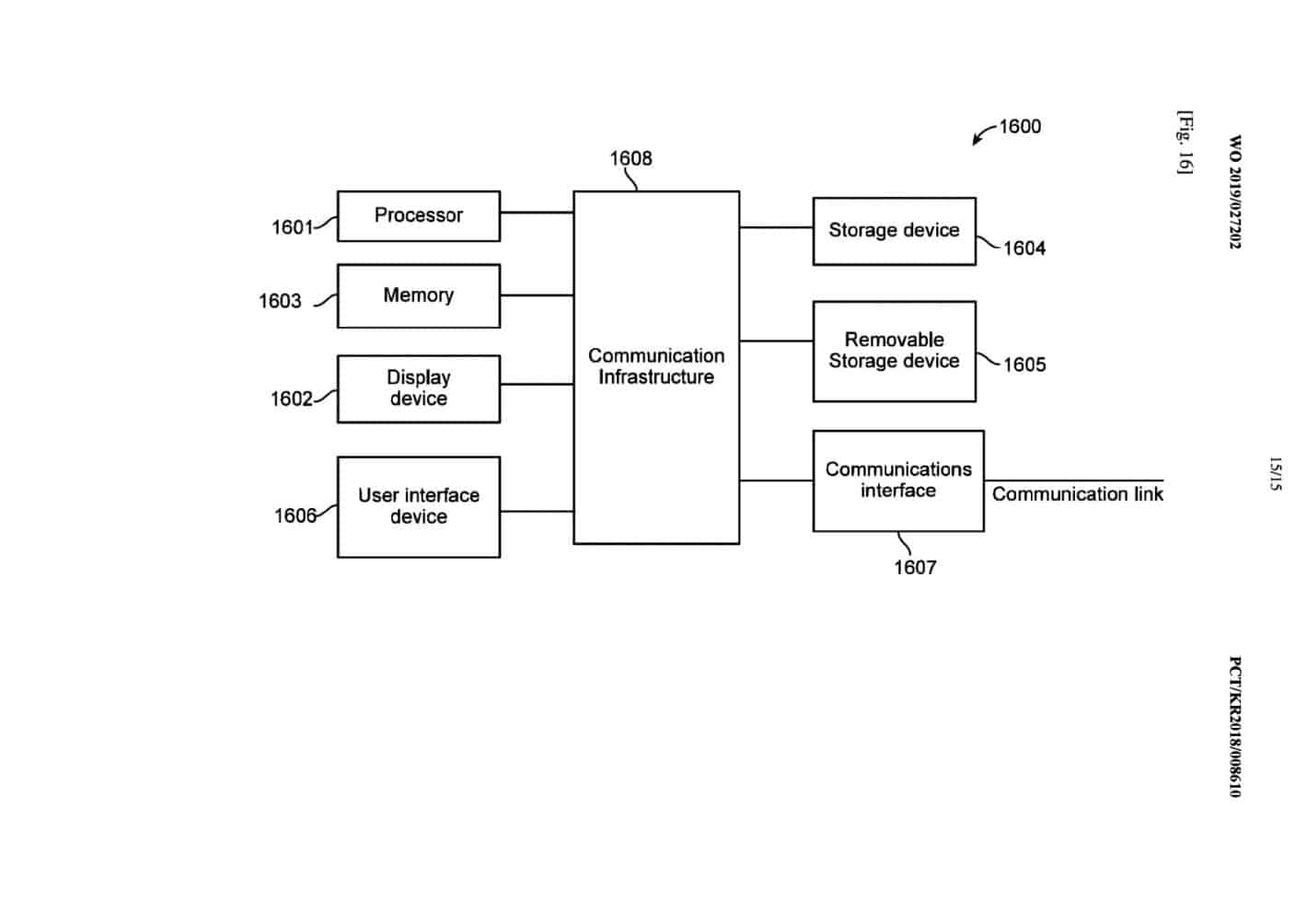 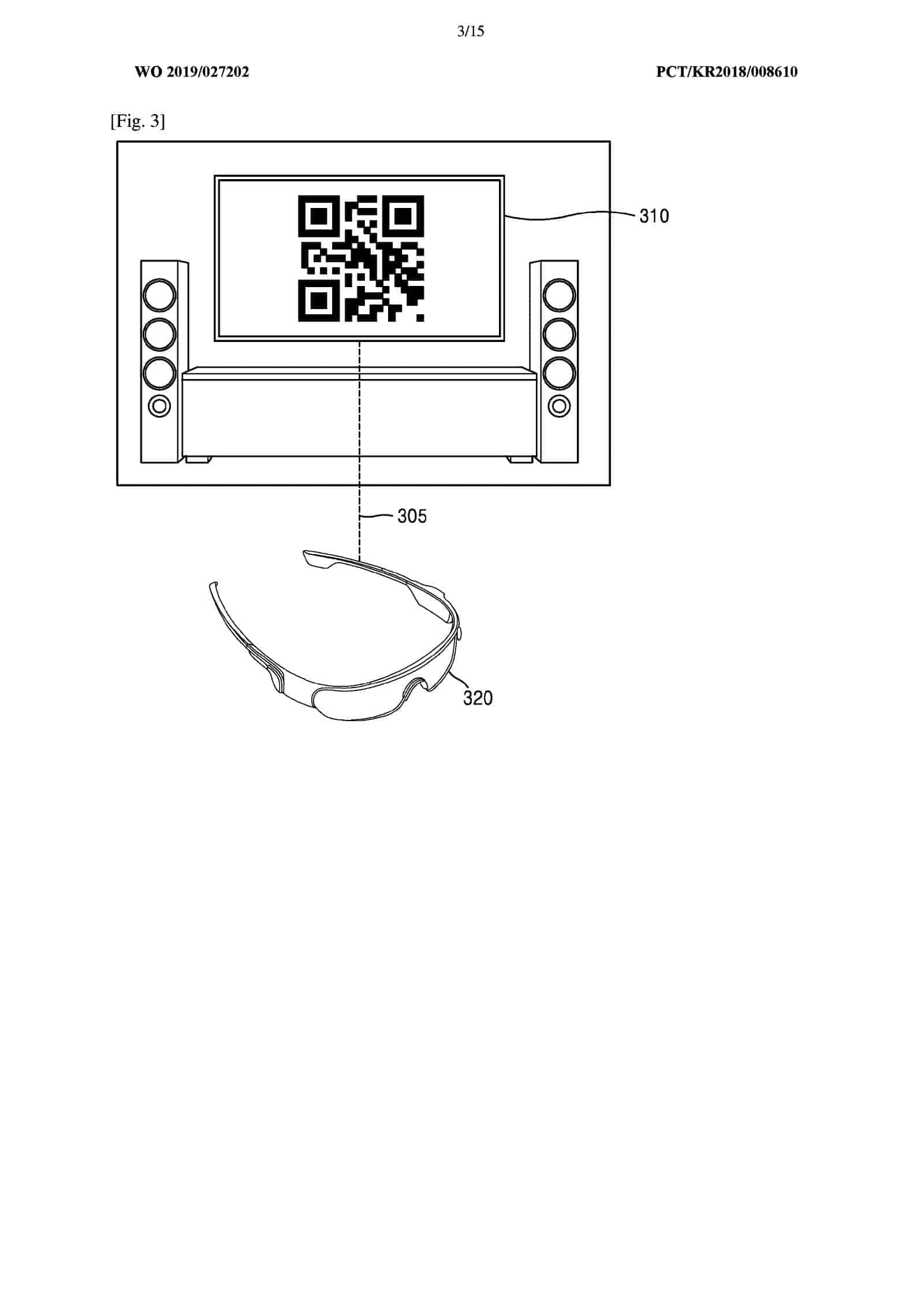 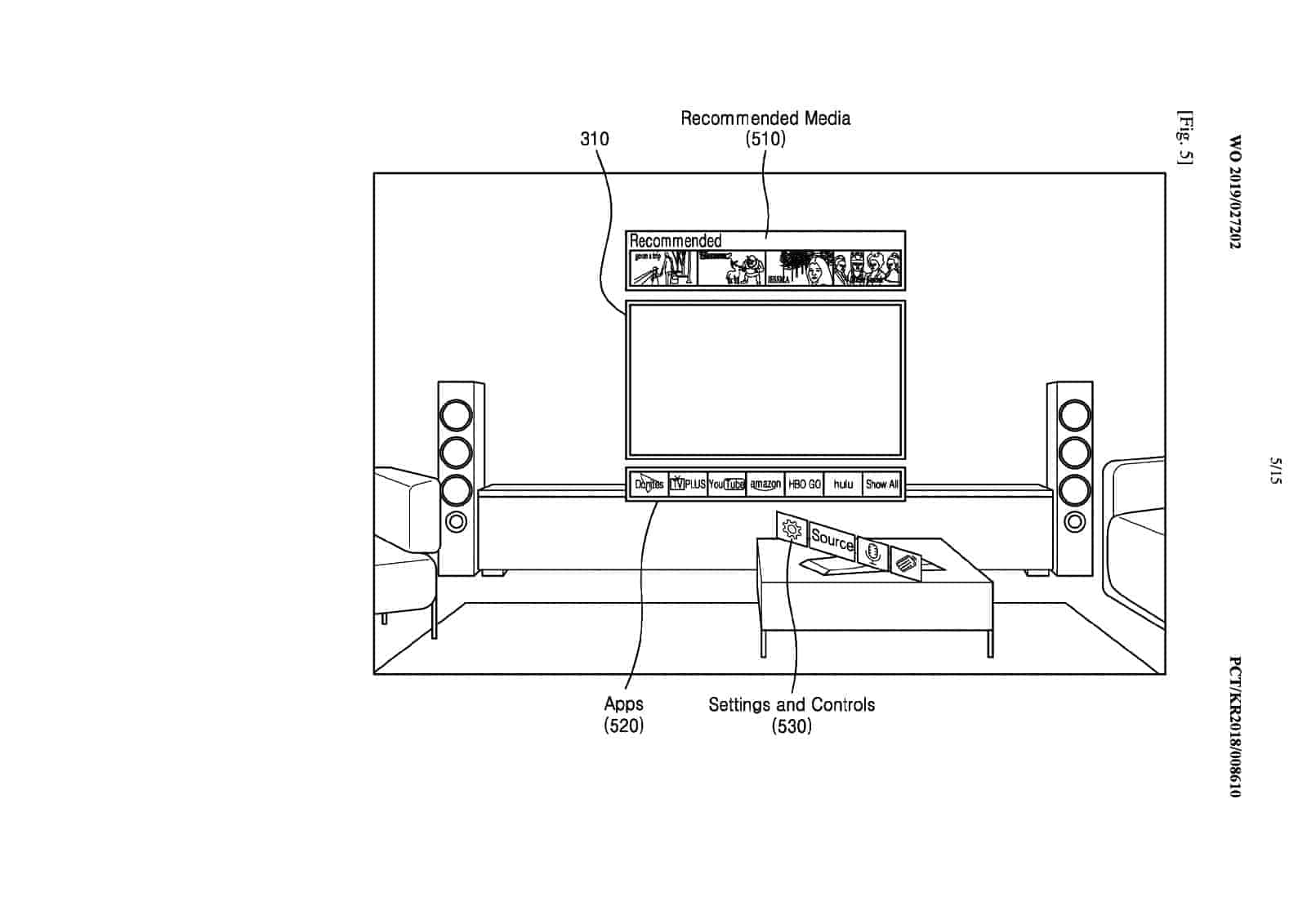 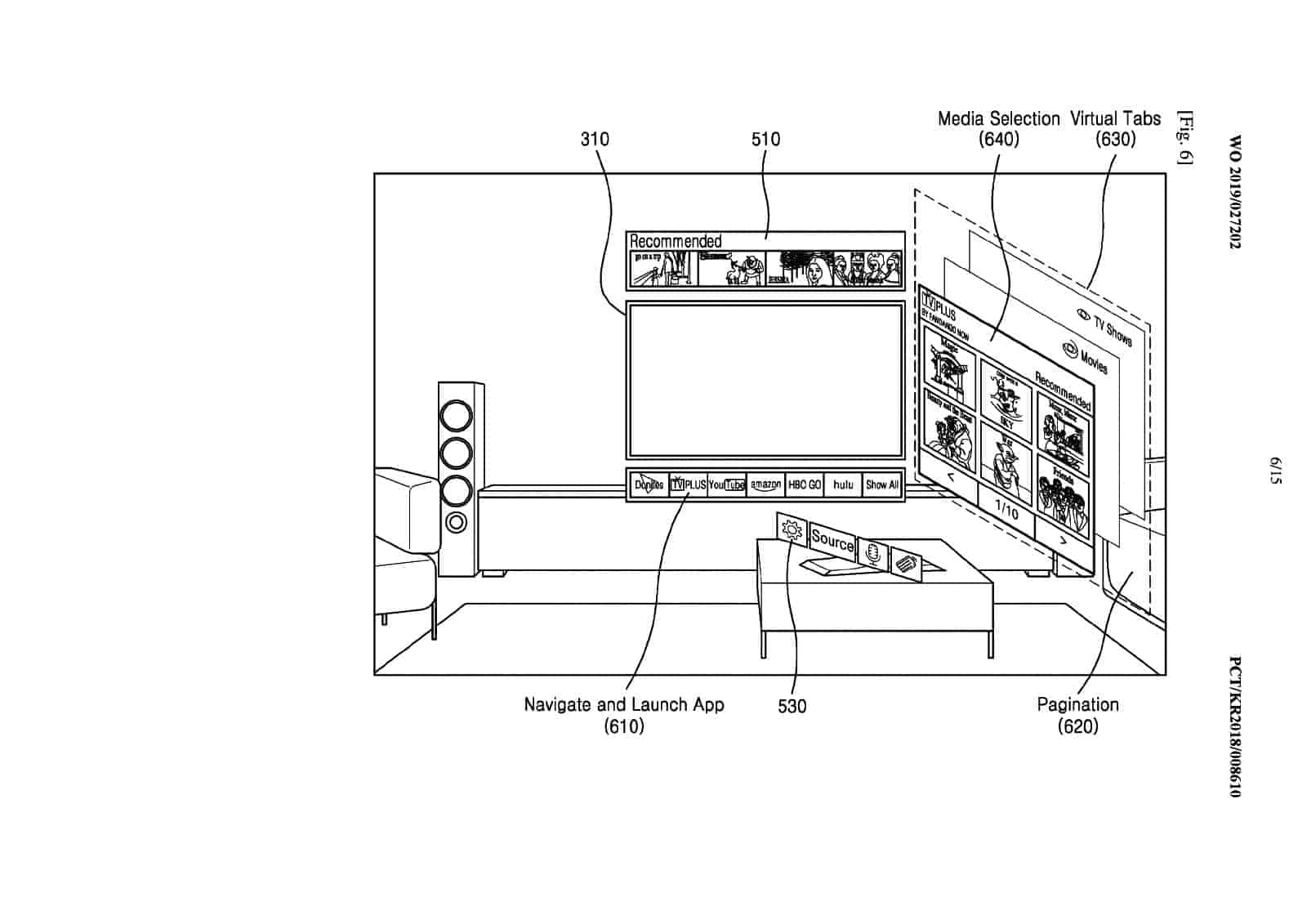 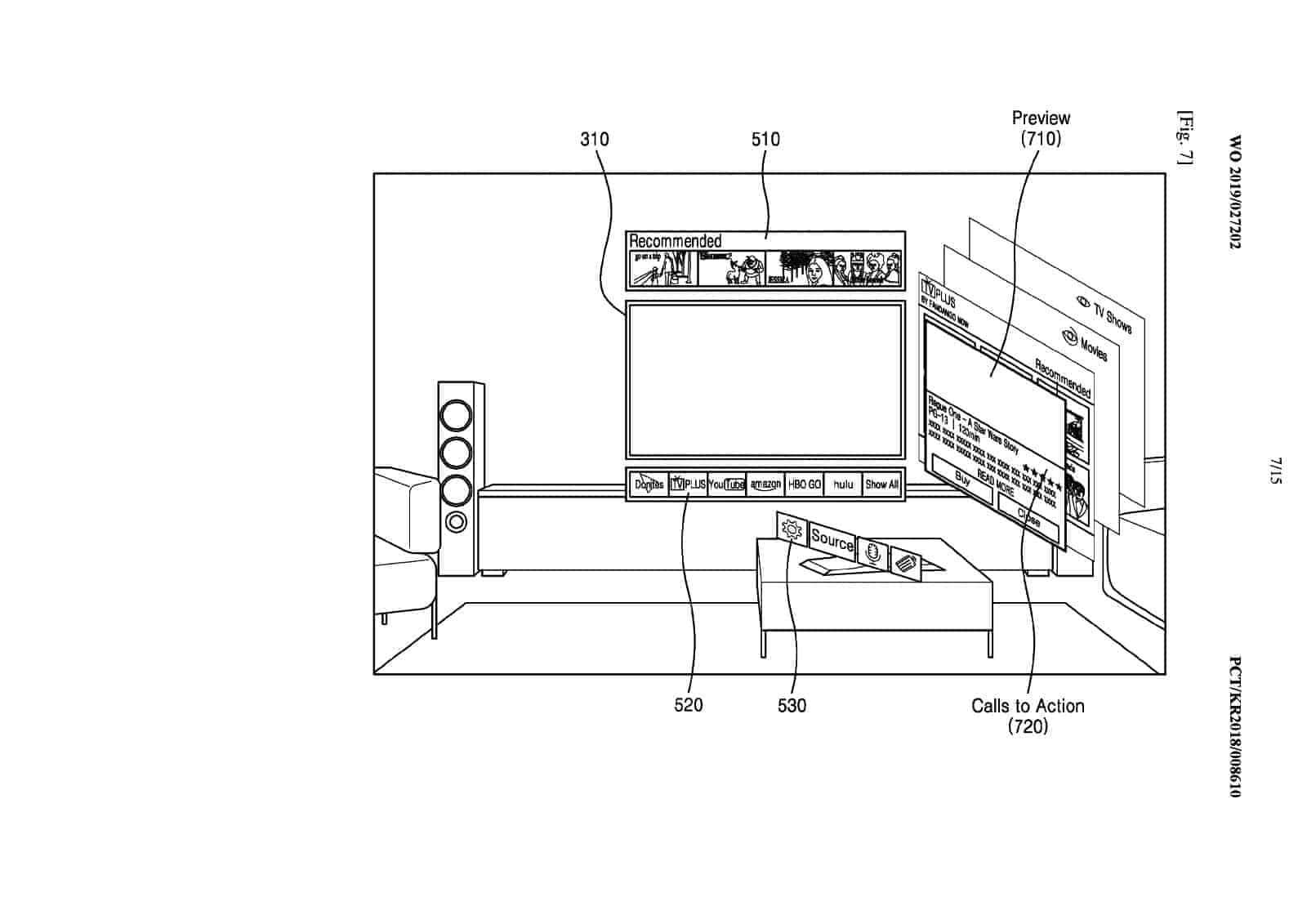 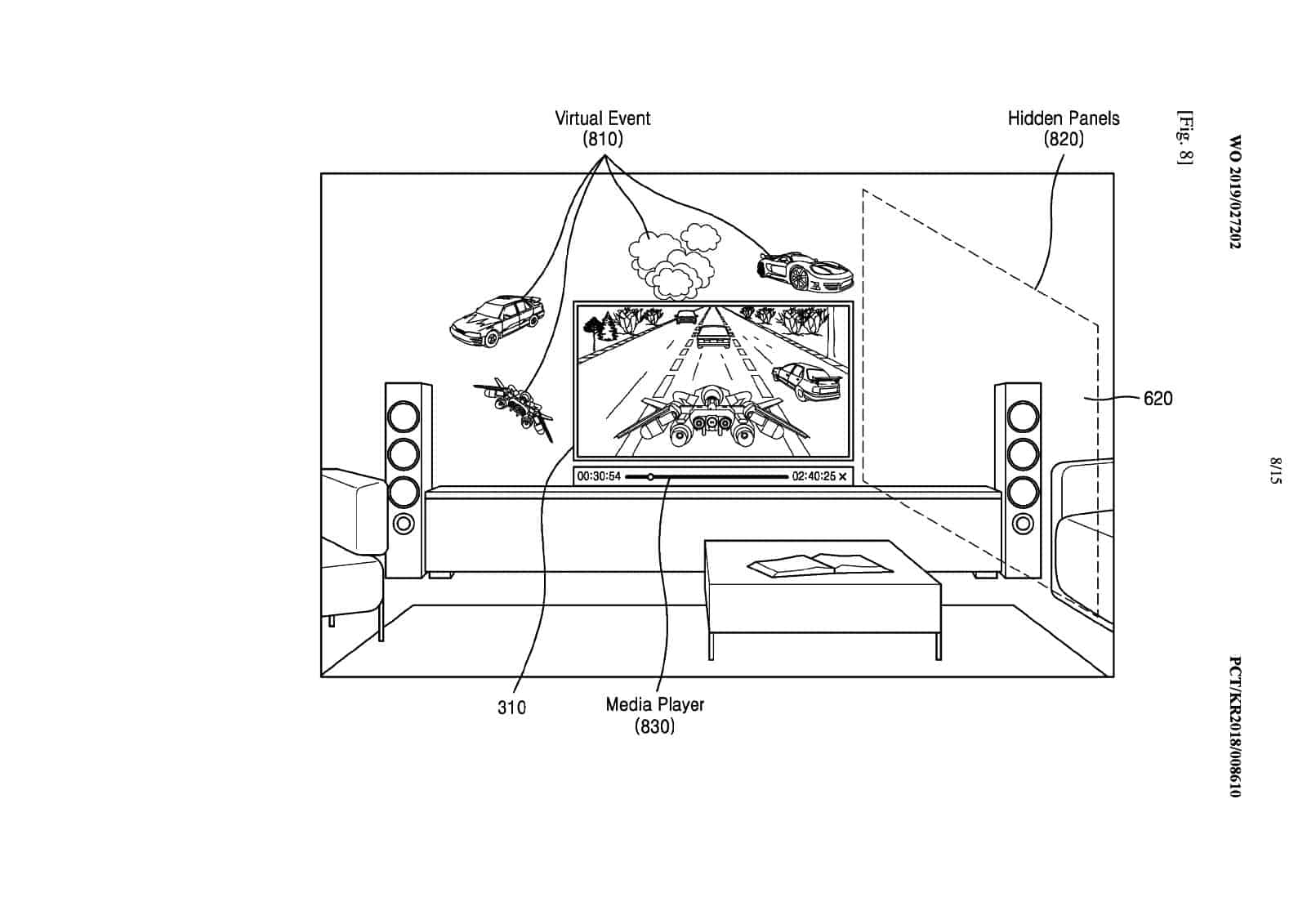 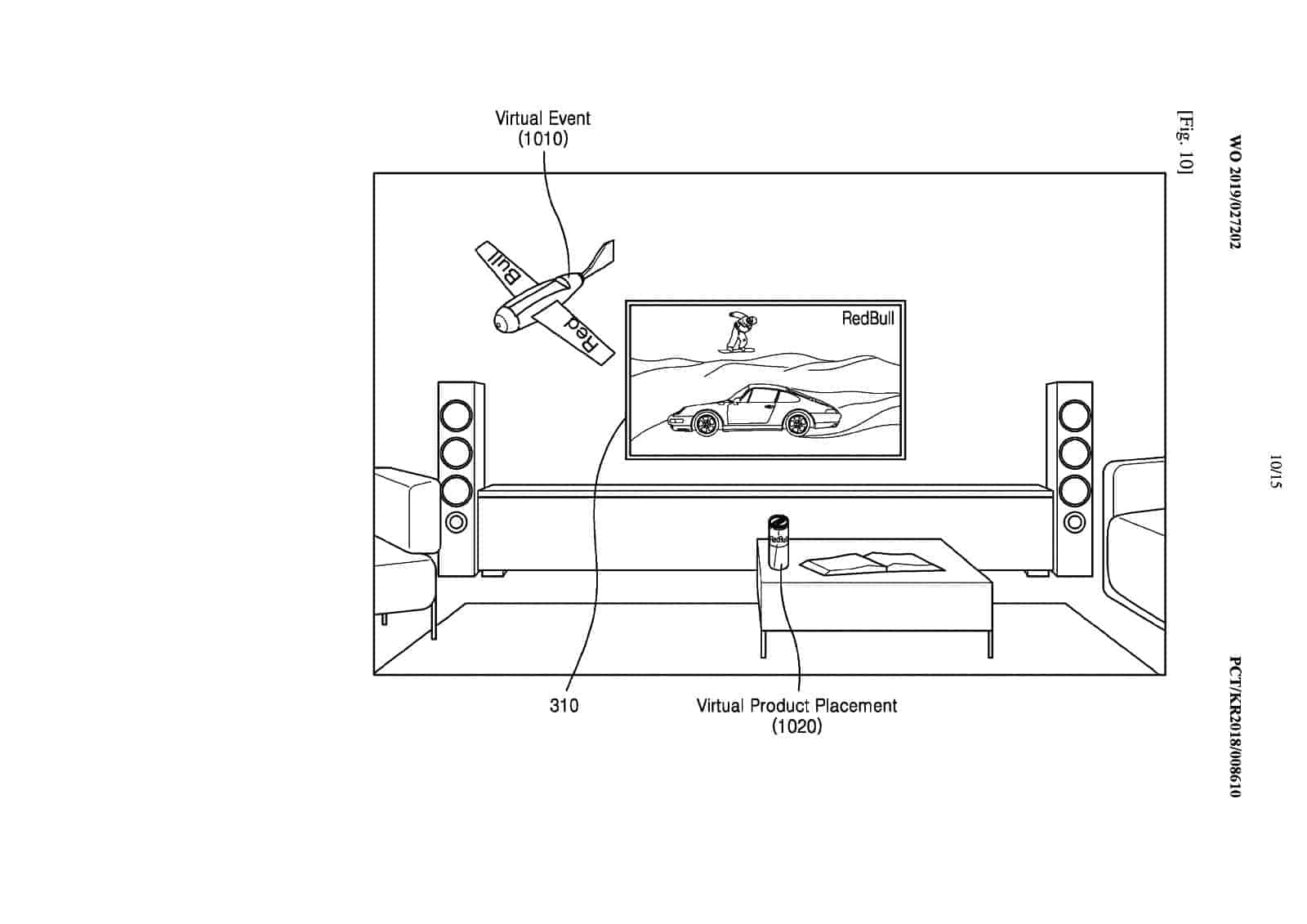 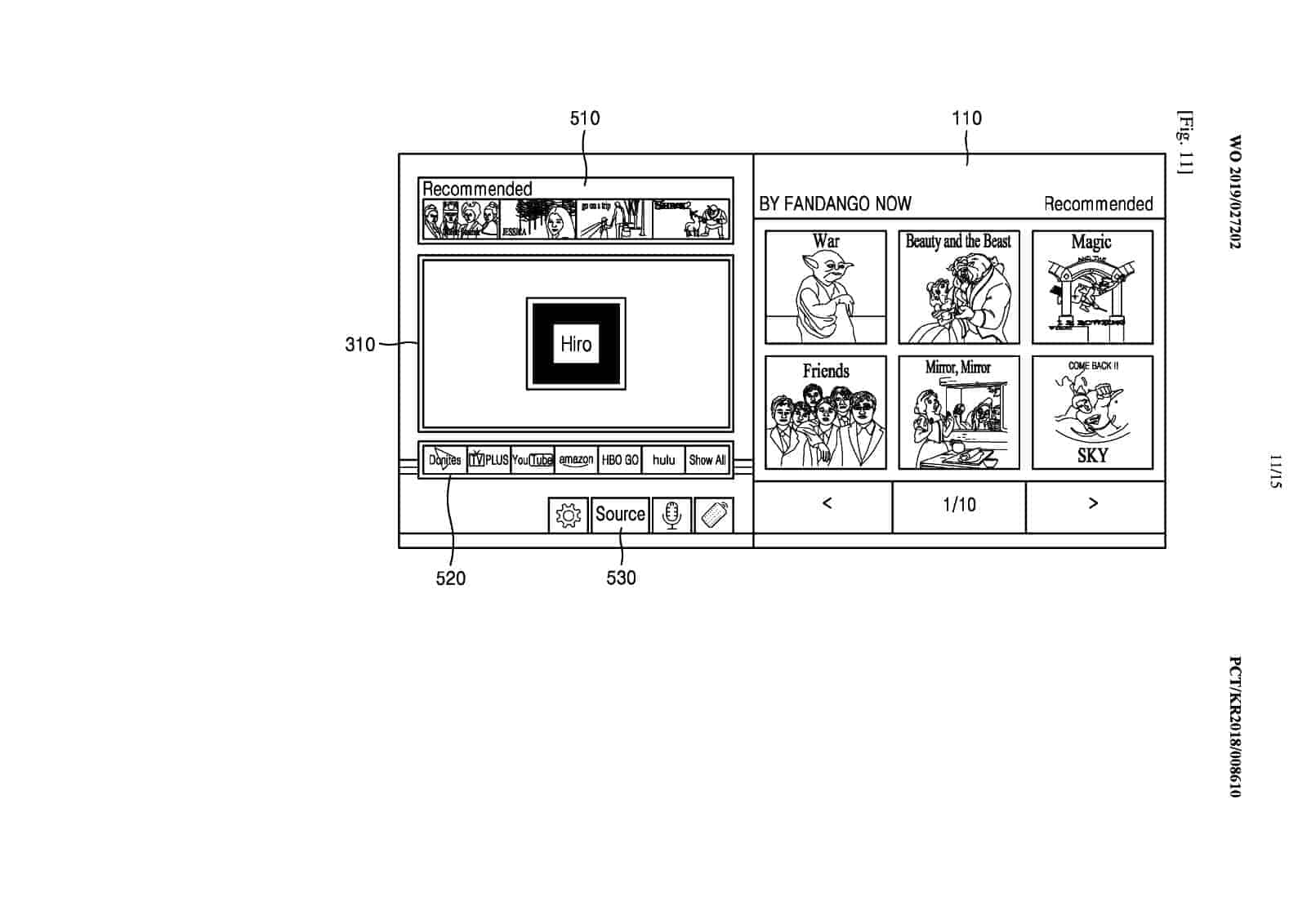 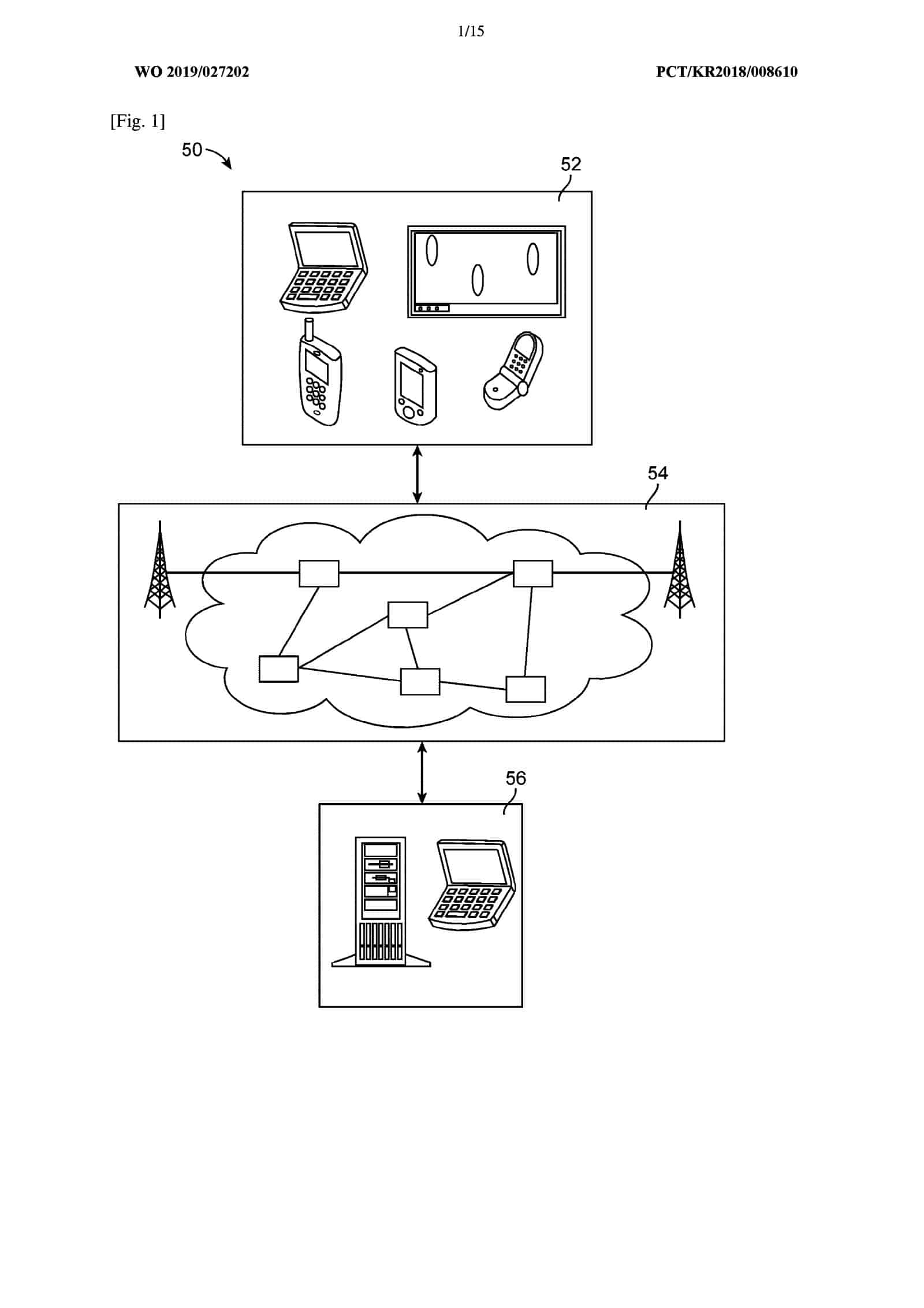 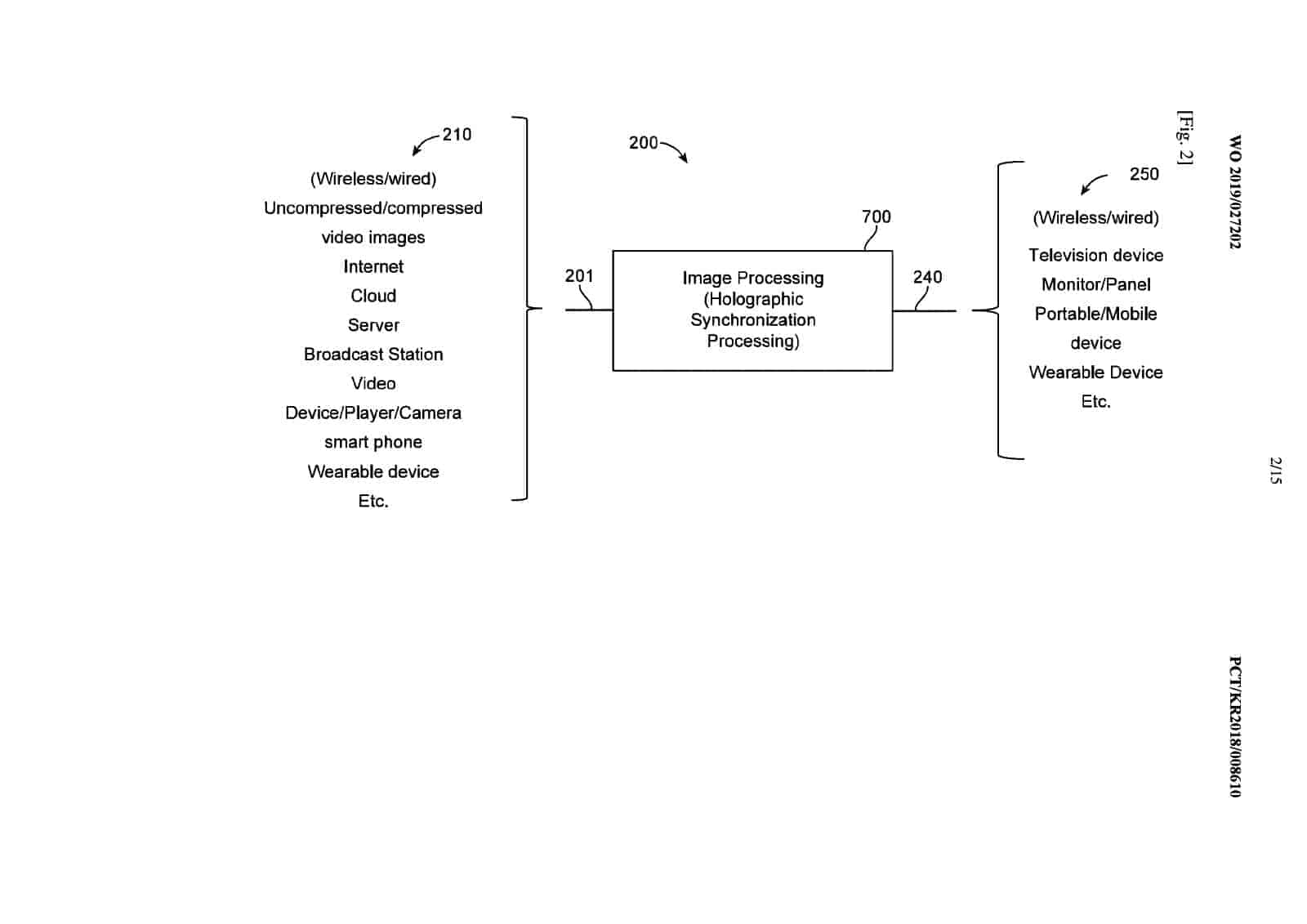 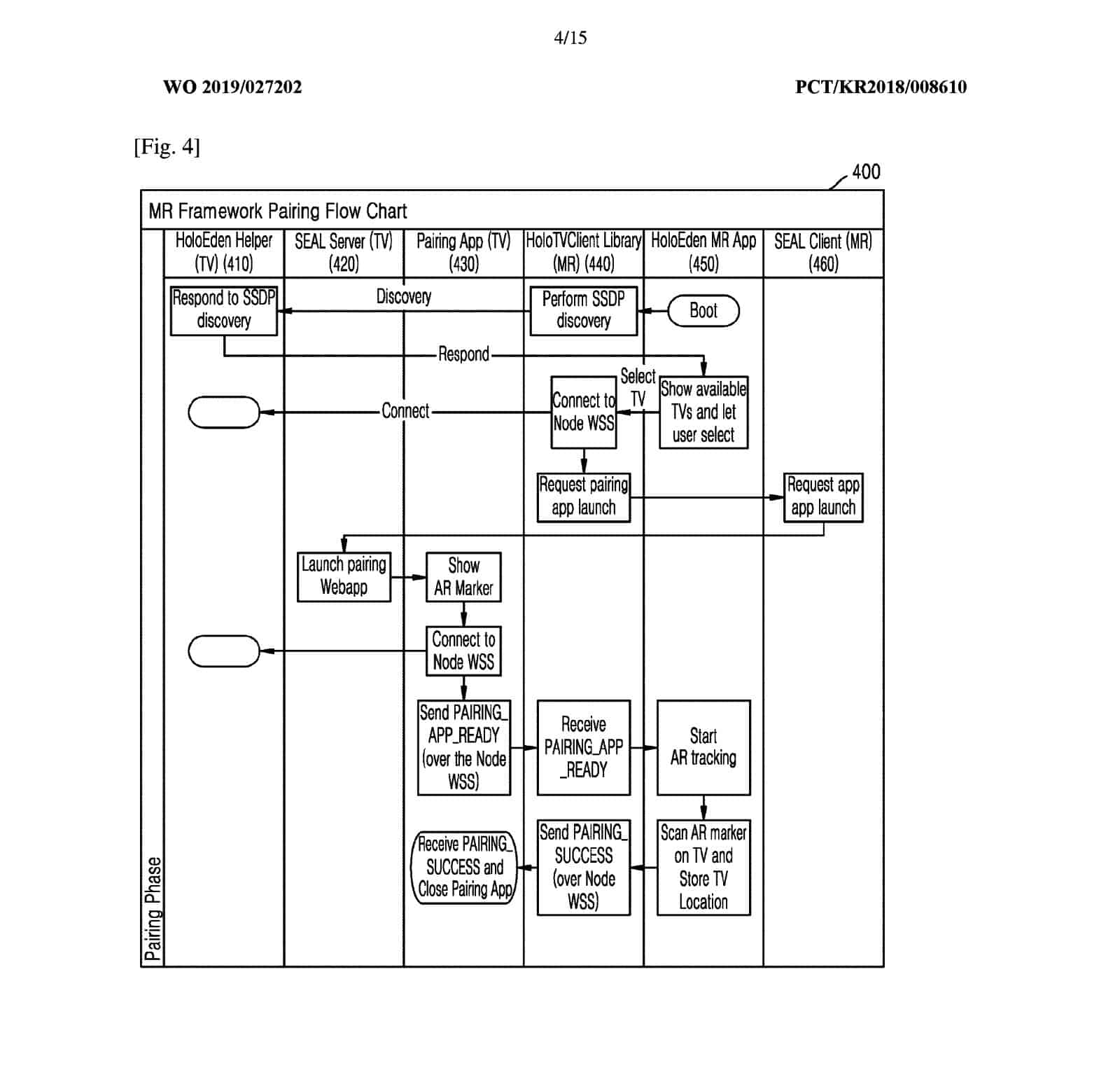 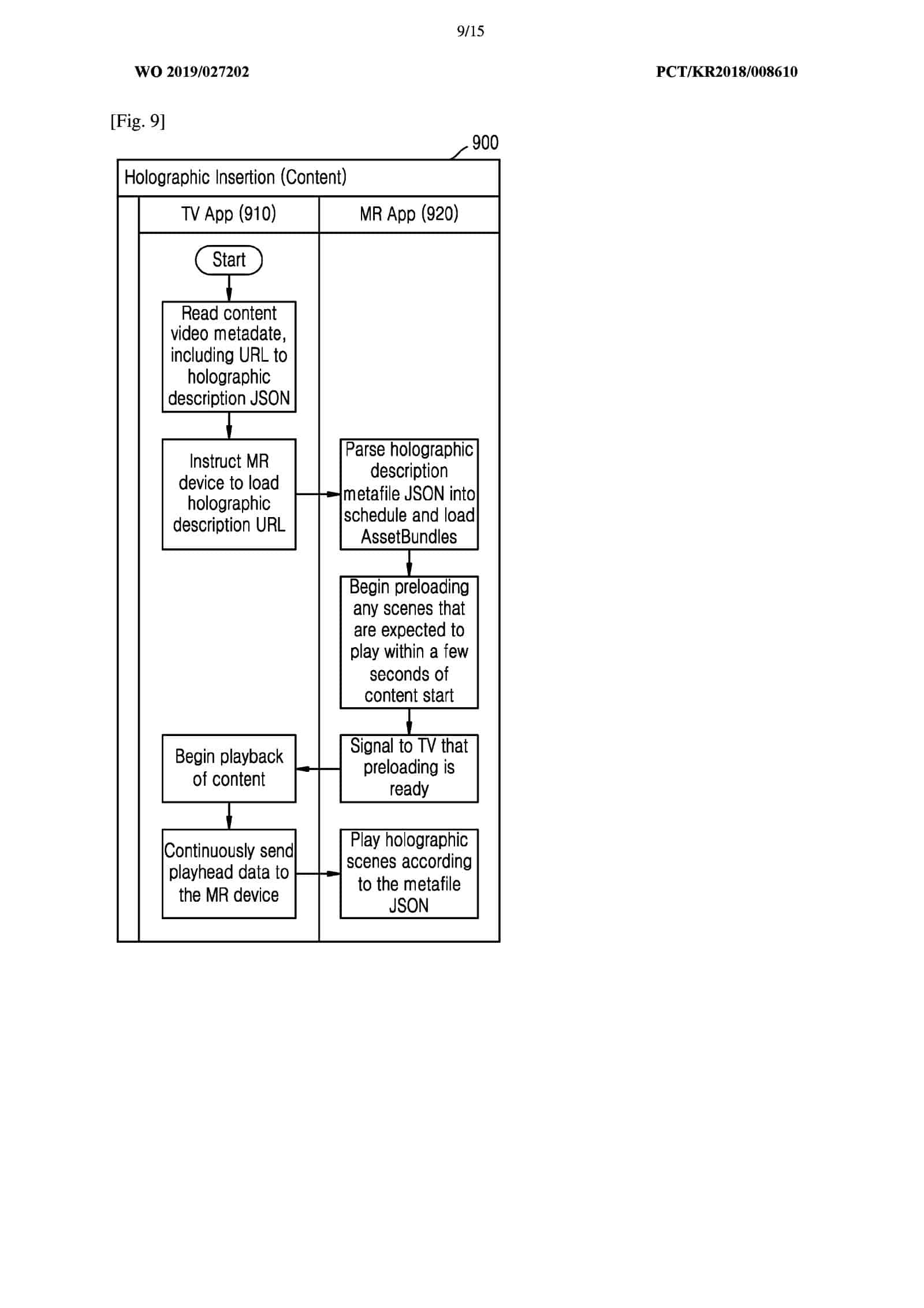 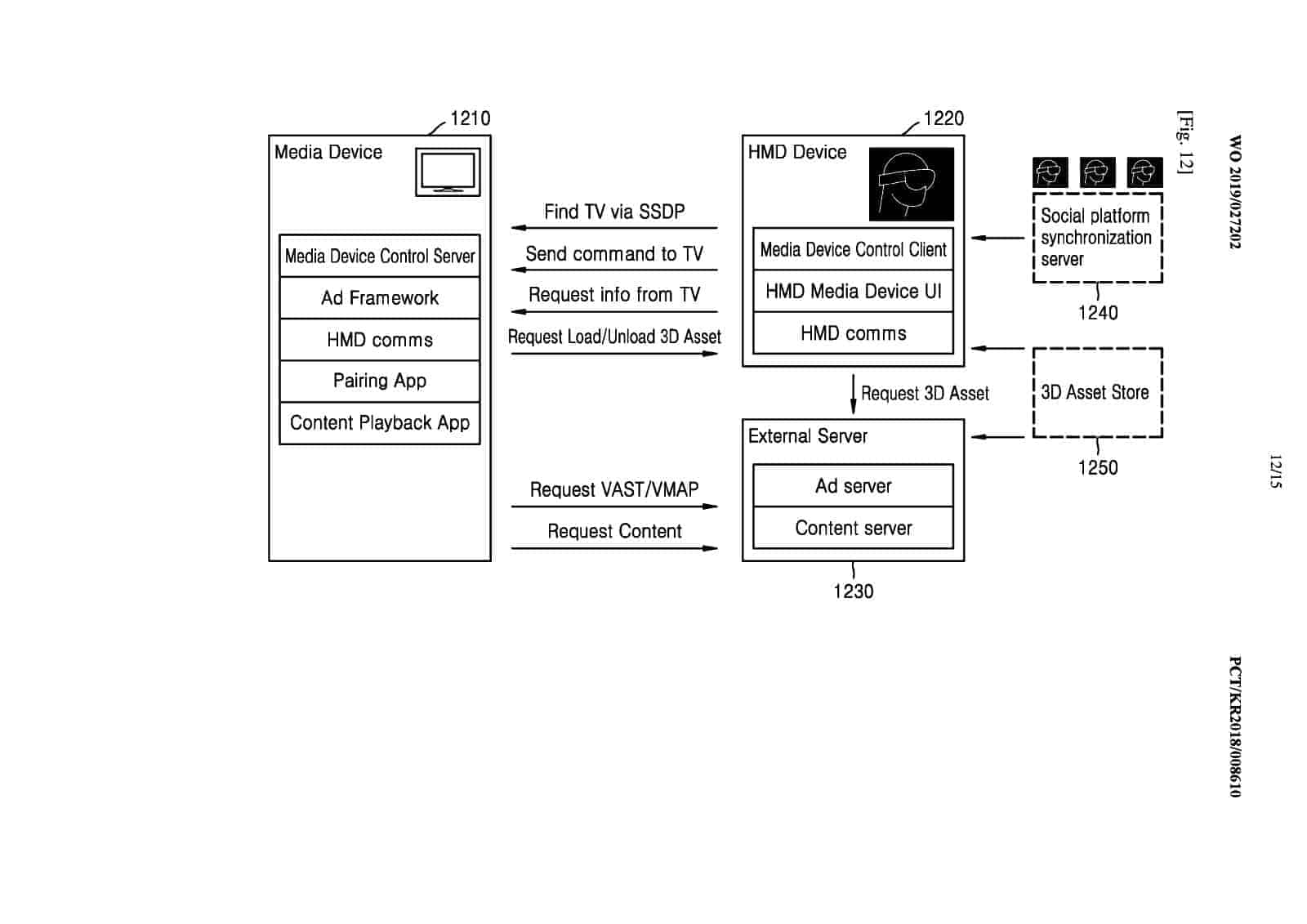 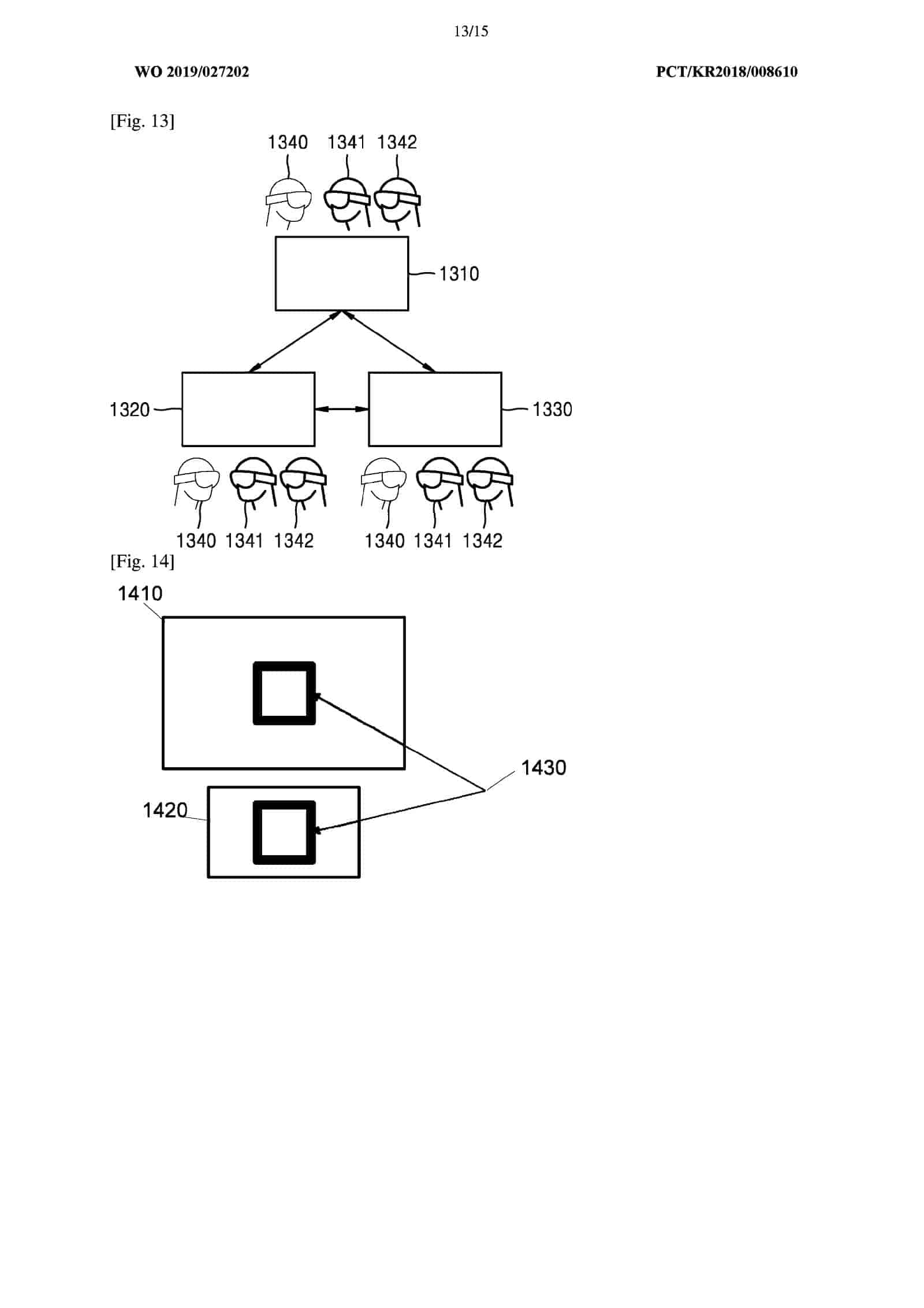 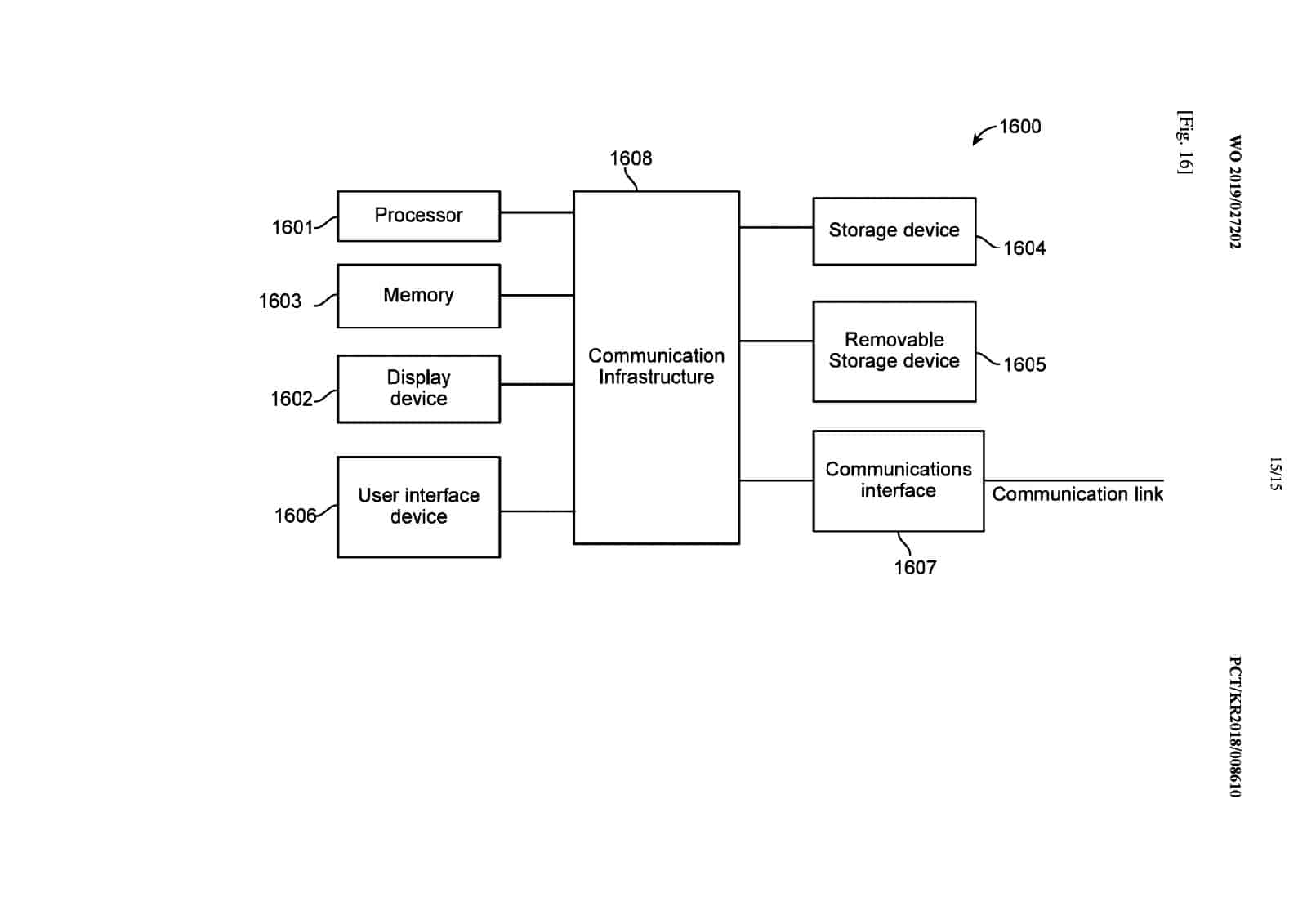