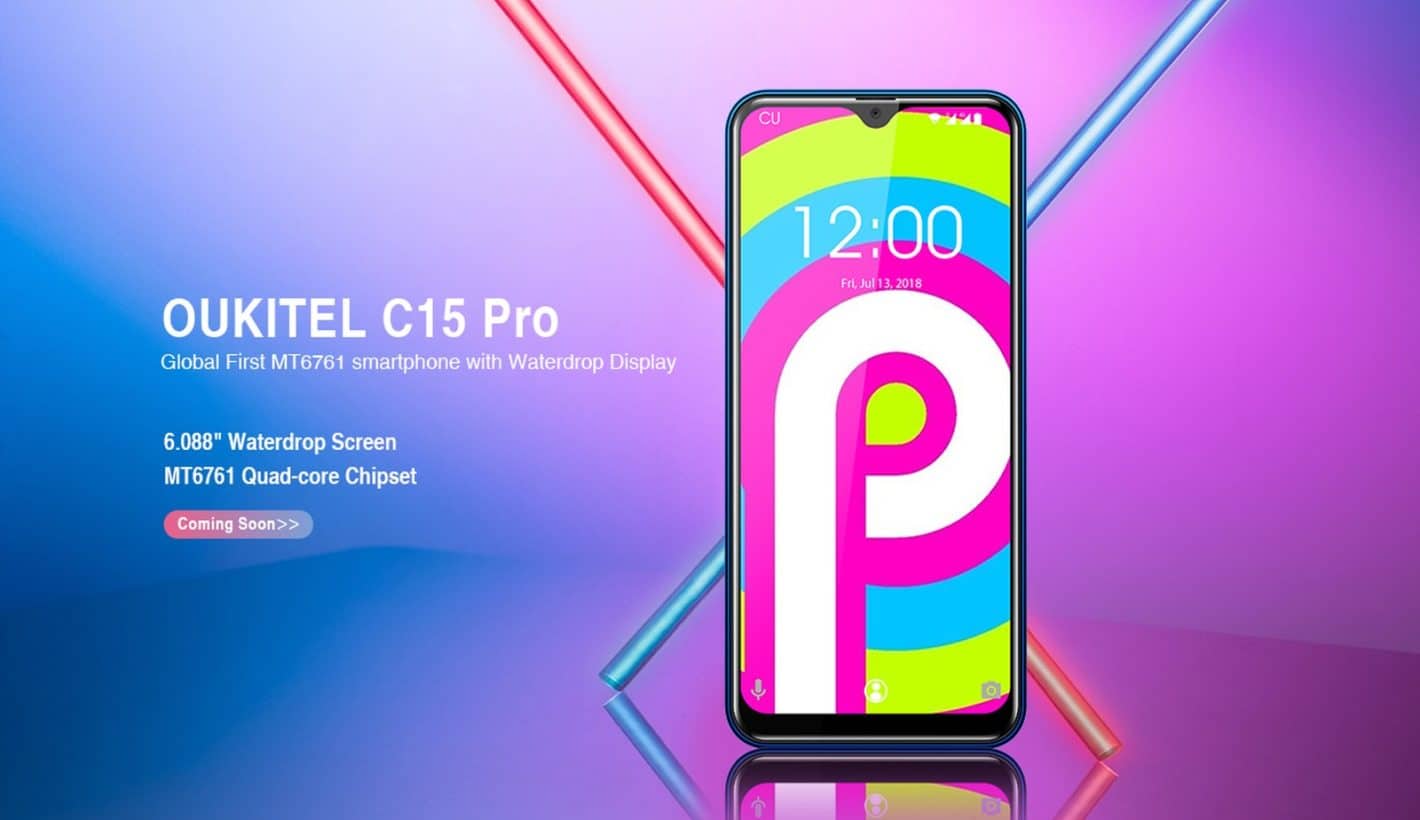 The OUKITEL C15 Pro has just appeared for the first time. The company has confirmed that this will be its first smartphone with a teardrop notch, while OUKITEL also said that the phone will launch "soon", without sharing the actual release date. We also know that the device will be fueled by the MediaTek MT6761 64-bit quad-core processor clocked at 2.0GHz.

That's not all, the company actually did send over some additional details regarding the device. The OUKITEL C15 Pro will feature a 6.088-inch HD+ display, which will sport a 19.2:9 aspect ratio, and a 2.5D curved glass will be applied on top of it. Android 9 Pie will come pre-installed on this smartphone, says OUKITEL.

As far as the phone's design is concerned, we can only see its front side in the provided image, so we have no idea what to expect on the back. The device's earpiece will be located above its front-facing camera, which is placed inside the notch. This phone will sport a thin "chin" below the display, while its display will sport rounded corners. The phone's physical buttons are not visible in the provided image, but they will be located on its sides.

We can only assume that the phone will include two cameras on the back, as most of the company's smartphones did lately. Based on the chip that OUKITEL confirmed, it's safe to assume that this phone will be quite affordable, as it will be an entry-level device.

What Was OUKITEL Up To Lately?

We haven't heard from the company in a couple of weeks due to the Chinese Spring Festival, but OUKITEL has been quite active in the last year or so. The company was quite busy lately by promoting its U25 Pro smartphone, yet another really affordable device which is, unlike the C15 Pro, already available for purchase, and it costs around $100.

The OUKITEL U23 was also intensively promoted by OUKITEL lately, and that device is considerably more powerful than the U25 Pro. The OUKITEL U23 is made out of metal and glass, while it is fueled by the Helio P23 64-bit octa-core SoC. The device includes 6GB of RAM and it features a 6.18-inch fullHD+ display. That handset is also available for purchase as we speak, in case you're interested.