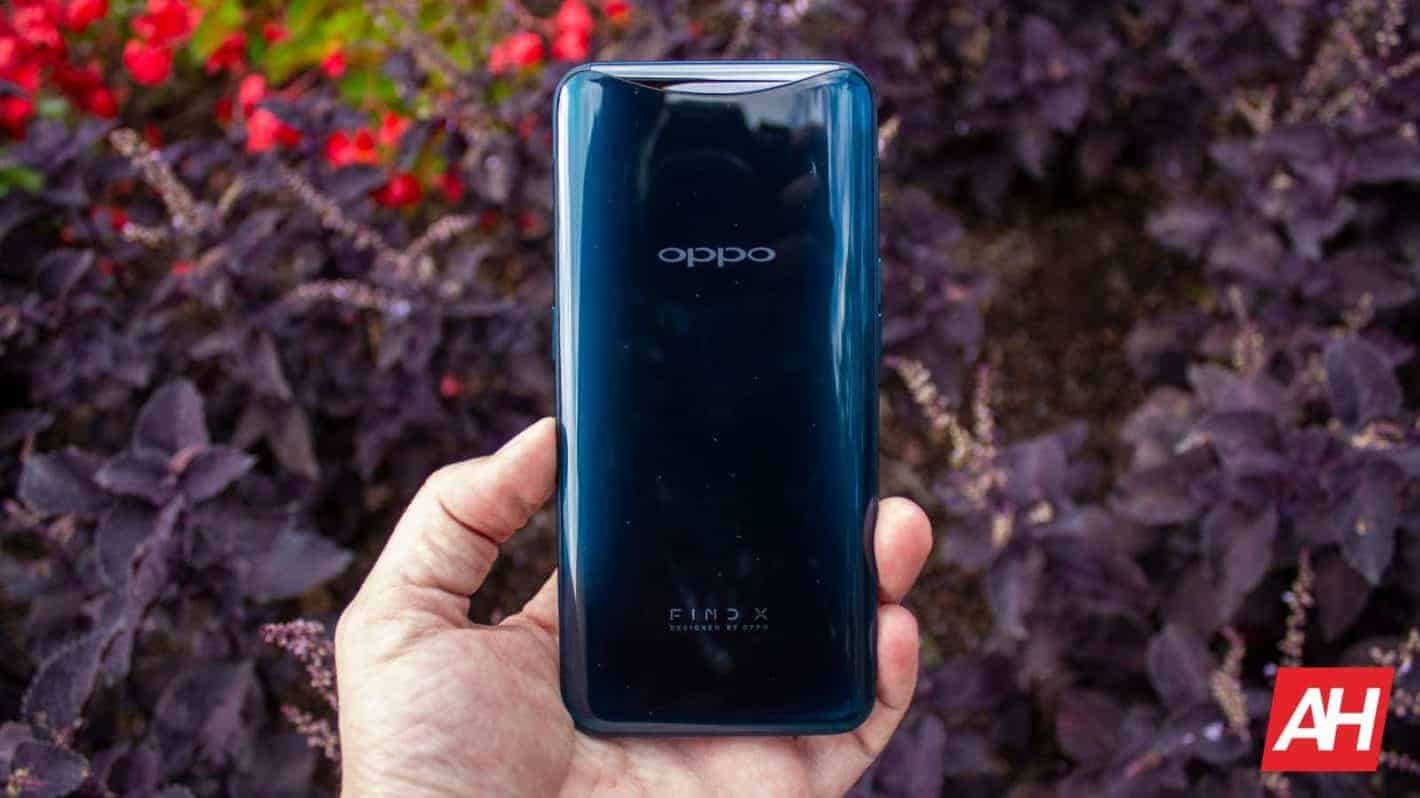 Based on this patent, the phone is envisioned to fold like a book, but outwards. When unfolded, you will notice that the earpiece is located on the right side of the device, above the display, while its sensors and front-facing camera setup are located on the left. If you flip the phone around, you will notice the device's main camera setup, and a cutout on the other side, well, that cutout actually represents a groove meant to house the main camera setup when you fold the device.

This phone is envisioned to sport a single display, which will be folded in half, after which you will have access to one half of it. This is not the first time we're seeing such foldable smartphone design, but OPPO may be the first manufacturer to release it, if this is close to the design of the phone the company plans to announce as its first foldable phone.

When Will OPPO Announce Its Foldable Device?

OPPO did confirm that it is working on a foldable smartphone, and the device will arrive in the near future, so we are expecting to see it in the first half of the year, but it's still unclear when will it happen. A report which surfaced back in November last year claimed that OPPO is planning to unveil its foldable smartphone at MWC 2019 in Barcelona, but the company still did not confirm anything of the sort.

OPPO did send media invites for its MWC event which will be held on February 23, but that invite actually suggested that OPPO plans to announce its next-gen camera technology, the periscope-like camera that offers 10x zoom, and not its foldable smartphone. So, OPPO will probably host a separate event sometime after the MWC 2019.

Samsung and Xiaomi have somewhat different approaches to a foldable smartphone that OPPO, it seems. Samsung's foldable smartphone will sport two displays, one large one, and a smaller / secondary one on the back. The device will fold like an actual book, after which the secondary display on the back will be powered on, and let you continue using the device.

Xiaomi's foldable smartphone will fold in two places, actually, and it will ship with one display. When folded, parts of its display will act as a backplate for the device, while you will get to use the middle part of its huge display in the folded state. That actually brings up some questions about the phone's camera when the device is folded and what not, but that is actually an issue with this patent that OPPO submitted as well, as its main camera is hidden when the phone is folded. It remains to be seen what we'll get, but plenty of different designs seem to be coming our way.