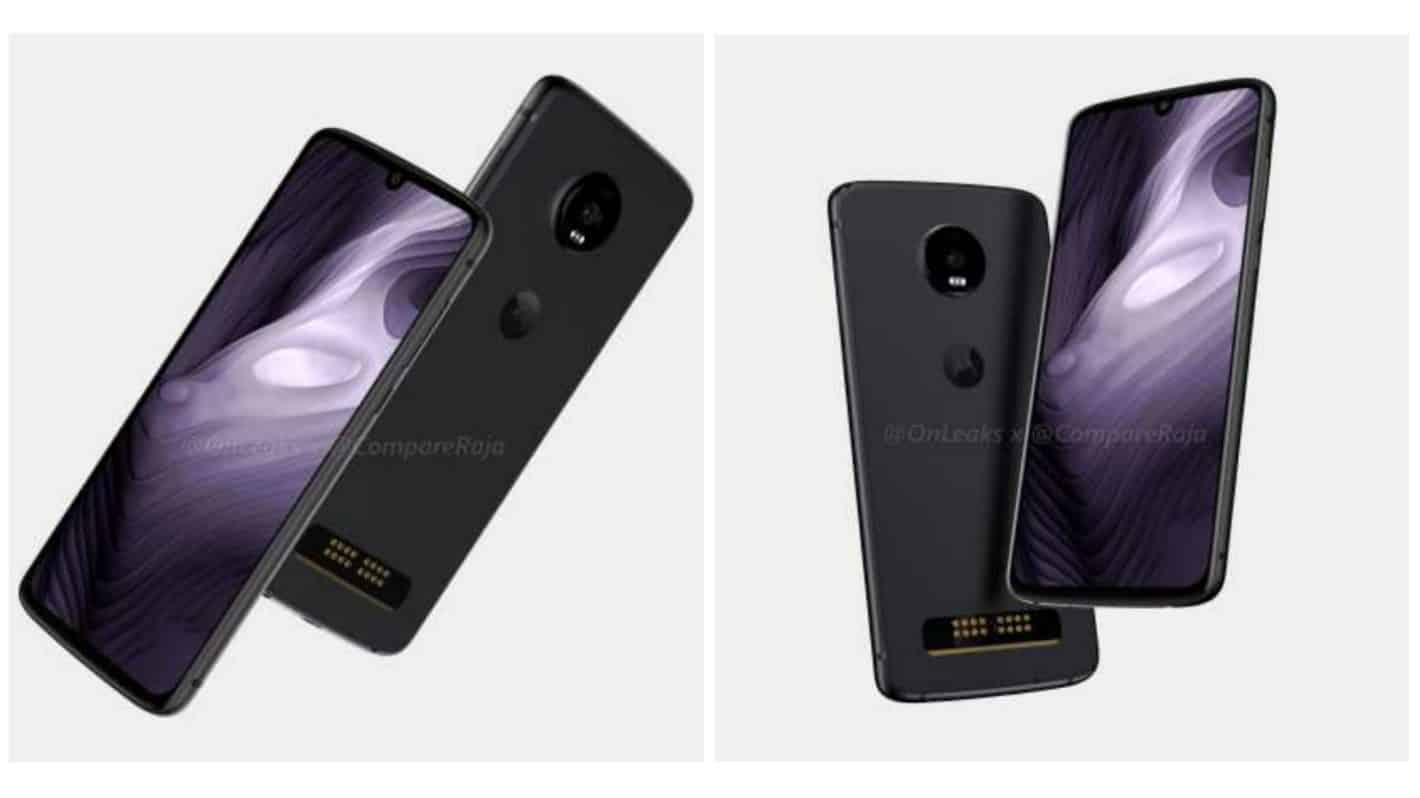 The Motorola Moto Z4 Play's design surfaced at the beginning of last month, and now the phone's specs have appeared as well. This information comes from 91mobiles, and the source claims that this info was provided by "a reliable source who wishes to stay anonymous". Having said that, let's dive in.

The Moto Z4 Play will be a mid-range smartphone, as its predecessor was, and the source claims that it will be fueled by the Snapdragon 675 64-bit octa-core processor. This is Qualcomm's 11nm 64-bit octa-core chip, and it's a rather solid mid-range performer. In addition to that, the phone is expected to sport a 6.22-inch fullHD+ (2340 x 1080) Super AMOLED display.

In terms of RAM, the source claims that the Moto Z4 Play will ship in two variants, 4GB and 6GB RAM options, which will include 64GB and 128GB of storage, respectively. Android 9 Pie will come pre-installed on the device, while a 3,600mAh battery will also be a part of the package, and it will not be removable.

Now, in terms of its cameras, the phone is said to sport a 48-megapixel camera on the back, but it will use a sensor from Q Technology, S5KGM1SP, to be exact, and not something from Sony or Samsung, at least according to the provided info. The secondary sensor on the back was not mentioned, but chances are the Moto Z4 Play will sport it. It is also worth noting that a 16-megapixel front-facing camera was also mentioned.

If the leaked renders are to be believed, the Moto Z4 Play will include a waterdrop notch at the top of its display, while a thin "chin" will be included below its display. The device will sport the so-called camera oreo on the back, which will include its main camera (and quite possibly a secondary one), in addition to an LED flash.

POGO pins for Moto Mods will be included on the back of the Moto Z4 Play, as expected, while all of the phone's physical buttons will sit on its right side, including its power / lock, volume up, and volume down buttons. A SIM card tray will be accessible from the left, it seems, though we're only guessing.

The Moto Z3 Play was announced back in June last year, which is the same month it became available for purchase. Motorola is expected to introduce the Moto Z4 Play in mid-2019, but it is still unknown when. Some rumors are actually claiming that the phone may arrive ahead of time, in May, which is a possibility as well… in any case, expect it to land in mid-2019, whether be it May, June or July.