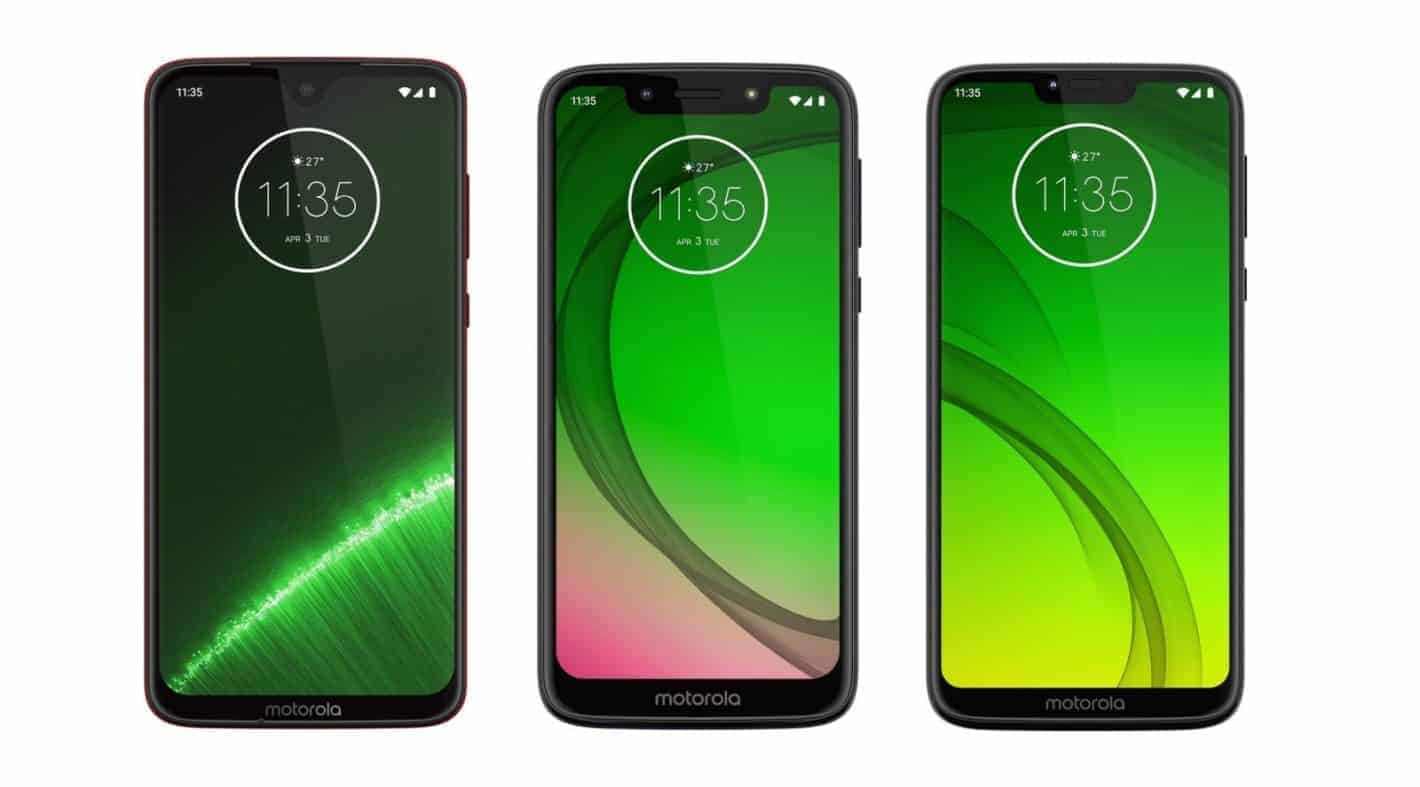 A handful of renders of the upcoming Motorola Moto G7 series emerged this week via Roland Quandt’s Twitter, revealing the same familiar and rather generic design as before, but in a higher resolution and from different angles. By now it should come as no surprise that the Moto G7 lineup will contain a total of four models, including the standard Moto G7 as well as the Moto G7 Plus, G7 Power, and Moto G7 Play.

All four models have a display notch but it’s not identical across the board, with two models featuring a teardrop-style notch while the remaining two variants employing a rectangular display cutout that feels rather outdated.

While it does look somewhat generic, Motorola’s G series has never been one to break any boundaries in terms of exterior design. Instead, the lineup has always been considered to offer decently-equipped smartphones for a lower budget, and one of the corners that have usually been cut by the OEM was the overall design.

It’s not that they look bad but instead it always seemed like phones from the Moto G series trailed one year behind most of their competitors. Case in point, while most manufacturers have already abandoned the rectangular display notch, two smartphones from the upcoming Motorola lineup have this characteristic along with rather pronounced “chins.”

Unlike in previous renders, the white color is missing from the new series of images and has been replaced with black. The renders also reconfirm that both the Moto G7 Power and Moto G7 Play will have a single rear-facing camera, with the remaining two variants take advantage of dual sensors.

As far as preliminary specifications go, the Moto G7, G7 Plus, and G7 Power are expected to accommodate 6.2-inch IPS LCD displays. The two former variants should have a display resolution of 2,270 by 1,080 while the latter model should have a pixel count of 1,512 by 720. The same resolution should also apply to the Moto G7 Play screen but on a smaller 5.7-inch surface.

At the moment the launch and pricing details are not officially but the series could be introduced as early as MWC 2019 at the end of the month. It’s just as likely that the phones will follow a yearly release schedule and be unveiled later in April. Either way, Motorola is facing a lot of competition in the mid-range segment particularly from Chinese OEMs, so pricing will play a big role in how these new Moto G models will be received.