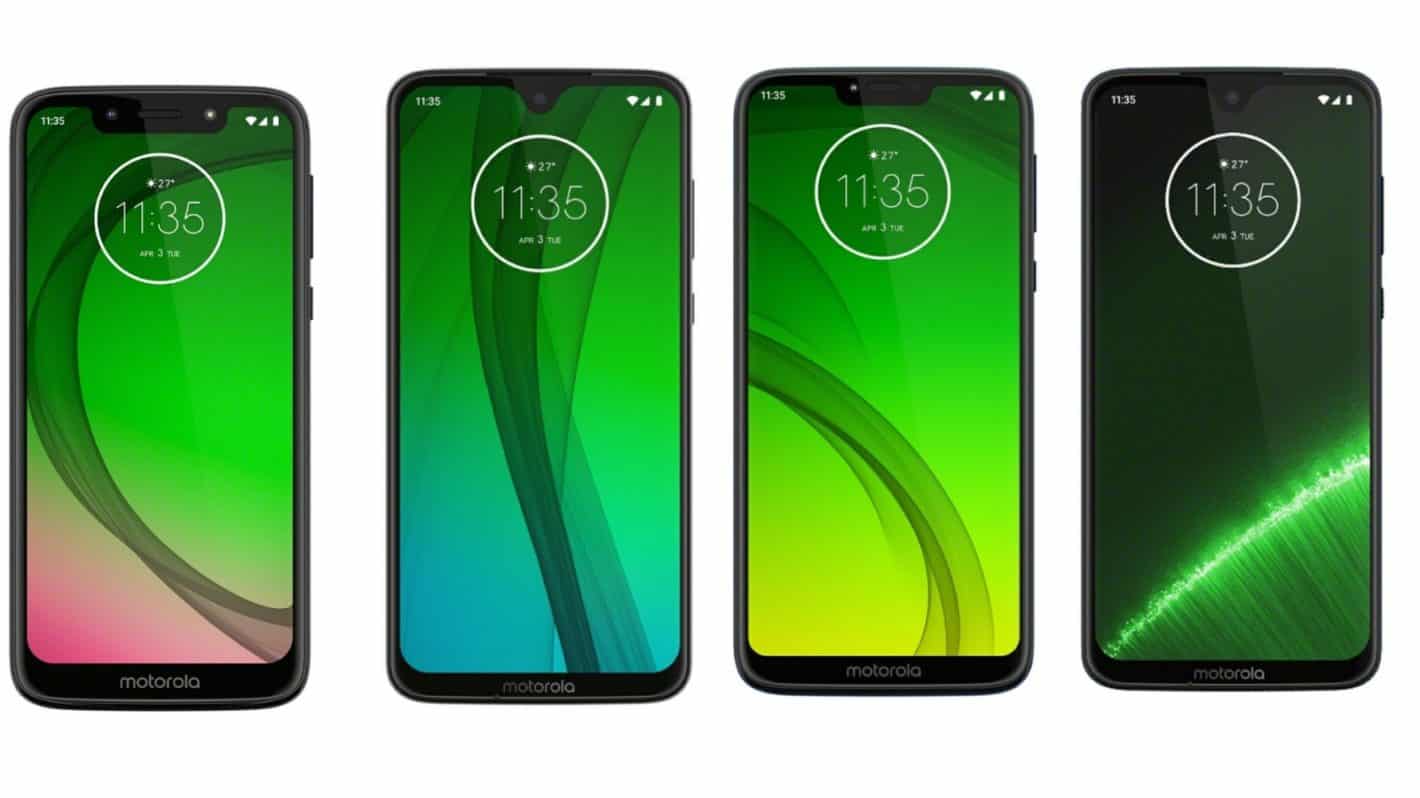 Motorola announced the Moto G7 series today and in doing so introduced four Moto G7-branded phones which vary in many areas. For example, all of them have a notch, but even the notch is not unified across the board.

The Moto G7 series consists of the standard Moto G7, the G7 Play, the G7 Power and the G7 Plus, and here we will take a closer look at the differences between them. This not only goes for the specifications, but also the design.

All of these phones feature notches, and while the general design is quite similar, some of them have thicker "chins" than others, and they also sport slightly different rears due to the different camera setups.

The Moto G7 and G7 Plus are actually identical when it comes to the design as they both have the waterdrop notch on the front, and two cameras on the back. In addition, the fingerprint scanner is in the same place on the back and they both have a "chin" that is equal in size.

All in all, these two phones are basically impossible to tell the difference between when it comes to the design – they also feature the same-sized display, the same footprint, and even the same camera setup.

The Moto G7 Play and G7 Power are also quite similar although they do sport different display sizes, which makes it easier to differentiate between the two. These two phones also have a "chin" below the display, where you can find Motorola's logo, and a fingerprint scanner on the back. Unlike the Moto G7 and G7 Plus, both the Play and Power models only feature one camera on the back.

They also have much larger notches than the Moto G7 and G7 Plus – instead of a waterdrop notch, Motorola opted to include a regular, wide notch.

All of the new G7 models offer storage expansion via a microSD card slot.

In spite of the Moto G7 Plus coming with a 3,000 mAh battery like the G7 and G7 Play, it offers faster charging than any of the other Moto G7 units. The Moto G7 Plus offers 27-watt TurboPower charging, and the charger is included in the box. For those wondering, this device is compatible with Quick Charge 4.

All four devices go on sale in Brazil and Mexico starting today. Other regions are expected to get them in the coming months.

The devices will be available in the US, which you can read more about in our original announcement, and the phones are being offered at varying price points.