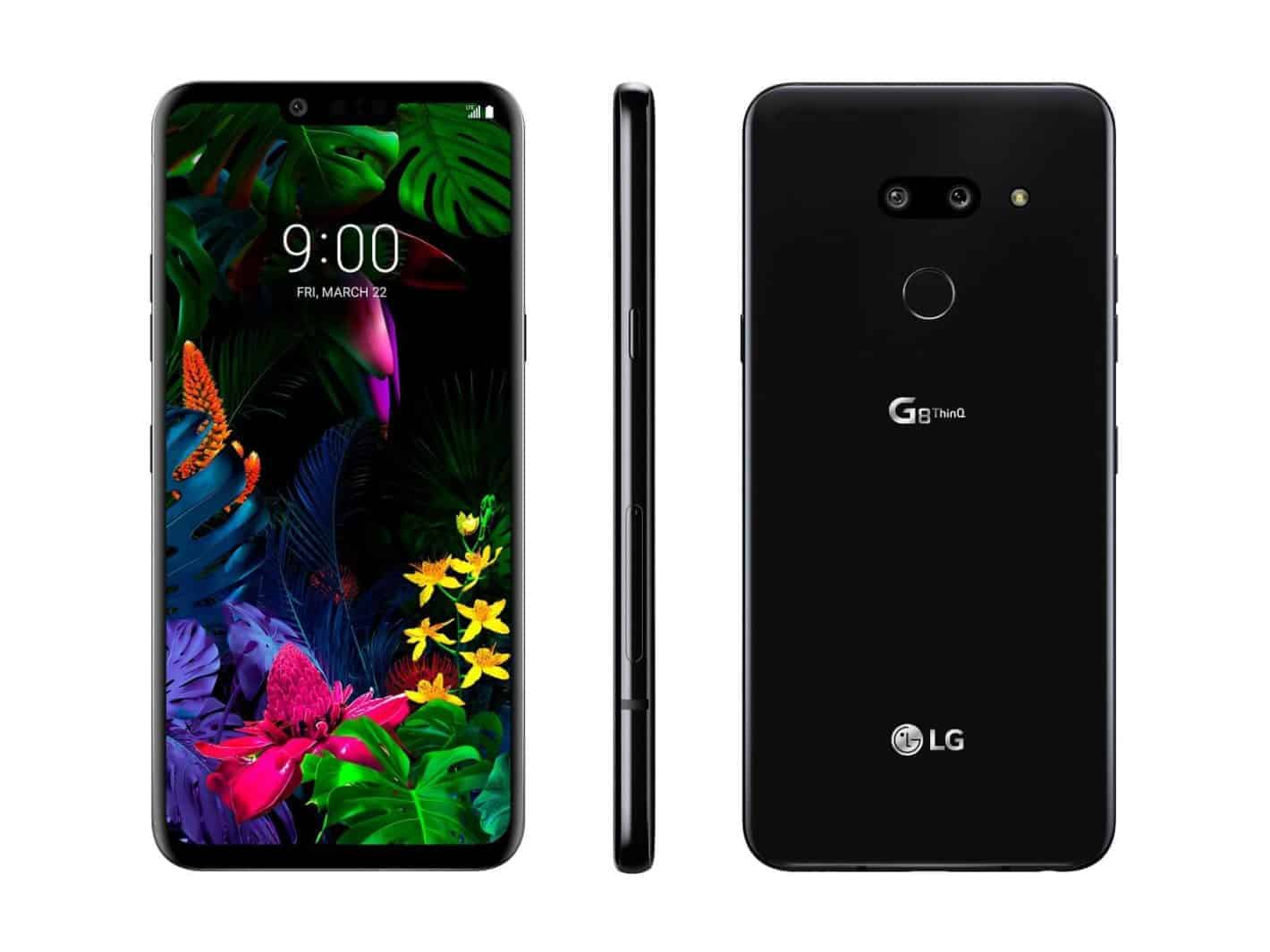 If you were unclear of what the LG G8 ThinQ looks like, then here's the latest leaked image to surface online.

This render of the G8 ThinQ comes courtesy of Evan Blass (@evleaks) on Twitter, although besides the image and the confirmation by name, no further information was provided.

However, that in itself is plenty enough as the look of the G8 has proven to be a highly contentious issue over the past few weeks.

This all stemmed from the emergence of an image which another leaker said was the G8 smartphone, with that leak quickly being followed by a direct rejection on social media of the image's credibility by an LG representative.

Following which, another image leaked online and the newer one largely backed up the design of the first major image leak.

Now, this latest image to arrive seems to be almost identical to the previous image with the exception that it showcases the black version of the phone instead of the gray model.

So yes, it also seems to confirm that if no other colors are made available, the G8 ThinQ will certainly be available in those two color options.

With so many images having now emerged, and with the last couple of renders being as clear as they have been, it does seem to be evident that the phone shown in this image is indeed going to be what the LG G8 ThinQ looks like.

Besides its appearance, the latest image once again confirms the inclusion of only a dual camera setup on the back of the device, along with the fingerprint sensor. Unlike the previous LG G7 smartphone, however, the camera setup is now positioned horizontally and not vertically.

It's also worth noting this image does provide a clearer view of all of the sides of the G8 ThinQ, including the bottom. Which, if correct means the smartphone will not only come equipped with a USB Type-C port, but also a headphone jack port.

Also on show is the notch along with what was previously an unconfirmed camera configuration. Although that mystery was also recently solved by LG itself when the company announced the G8 would arrive to market with a front-facing camera that's accompanied by an Infineon REAL3 Time-of-Flight (ToF) sensor.

That confirmation also semi-confirmed a number of additional features buyers of the G8 ThinQ can expect, such as face unlocking, payment authentication, and likely an improved way to engage with augmented reality (AR) and virtual reality (VR) content. That's in addition to improved selfies in general.

Other, unconfirmed reports have pointed to a new sound solution, a 3,400 mAh capacity battery, and more. You catch up on all the latest G8 ThinQ rumors and speculation by checking out our preview.

Based on the images that have so far come to light it would seem that LG is not planning to offer much in the way of a physical upgrade compared to the previous model. Which may mean the company is focusing more on software improvements this year compared to anything else.

This also may mean the next V smartphone might be more representative of change in 2019 as rumors already point to that being the 5G smartphone launched by LG this year. Note the use of "LTE" on this render and not "5G" which seems to add some value to the suggestion the G8 ThinQ won't necessarily arrive as a 5G-ready device.

LG is expected to formally announce the G8 ThinQ in a couple of weeks time when the company takes to the stage ahead of the official opening of MWC 2019.