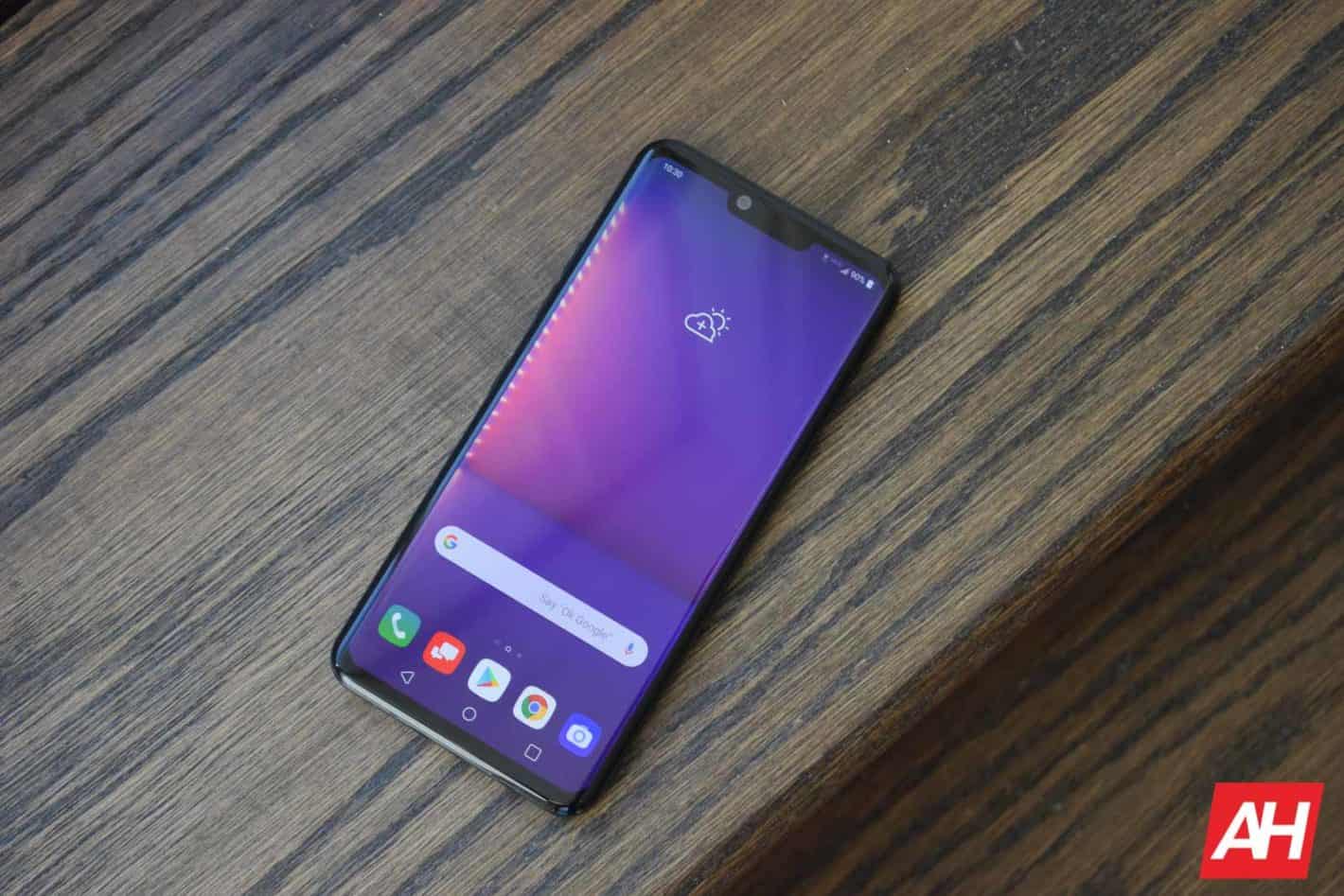 LG just announced its latest flagship, the G8 ThinQ on-stage in Barcelona. It's the eighth-generation in its G series, and it will be available on all four major US carriers. This includes AT&T, Sprint, T-Mobile and Verizon. All four have announced that they will be carrying the device, stating that pre-orders will be beginning soon.

The LG G8 ThinQ sports a 6.1-inch OLED display, with a 19.5:9 aspect ratio, due to the notch there at the top of the phone – which is actually smaller this time around. Inside, LG has packed it with the Snapdragon 855 chipset, 6GB of RAM and 128GB of storage. There is also a micro SD card slot for those that still need some more storage. This is all powered by a 3500mAh capacity battery, a marked improvement over the 3300mAh capacity in the G7 ThinQ from last year.

For instance, you'll notice that there is no earpiece on the G8 ThinQ. Instead, LG has hidden it beneath the display, so that it works as sort of a bone conduction feature, but in reality it's just vibrating the display. It works really well, actually, and still has that Boombox feature that so many customers love. LG has also included a Time of Flight sensor on the front of the phone, for doing some pretty neat tricks like Hand ID. Allowing users to unlock their phone by showing their hand in front of the phone.

The LG G8 ThinQ doesn't look all that impressive on the surface, as we had seen in the leaks, but it's actually a pretty big change from last year's G7 ThinQ.

AT&T, Sprint, Verizon and T-Mobile will be carrying the LG G8 ThinQ later this spring. No carrier has given exact timing on when the device will be available, other than saying "pre-orders are starting soon". But LG has said that they likely will be shipping in early April. So that's a little less than two months from now. Meaning that it's going to be a little while before you can actually get your hands on the LG G8 ThinQ.

LG, nor any of its partners have announced the pricing of the G8 ThinQ either. That's something we'll have to wait a few weeks to get from them. But if LG is following the market, it is likely going to be more expensive than the G7 ThinQ was last year. Which means we could be looking at a smartphone here that is going to cost you over $750, and likely closer to $900. The LG V40 ThinQ did start at $900 and go up from there (depending on the carrier), so it wouldn't be surprising to see the G8 ThinQ with a similar price when it does launch later this spring.