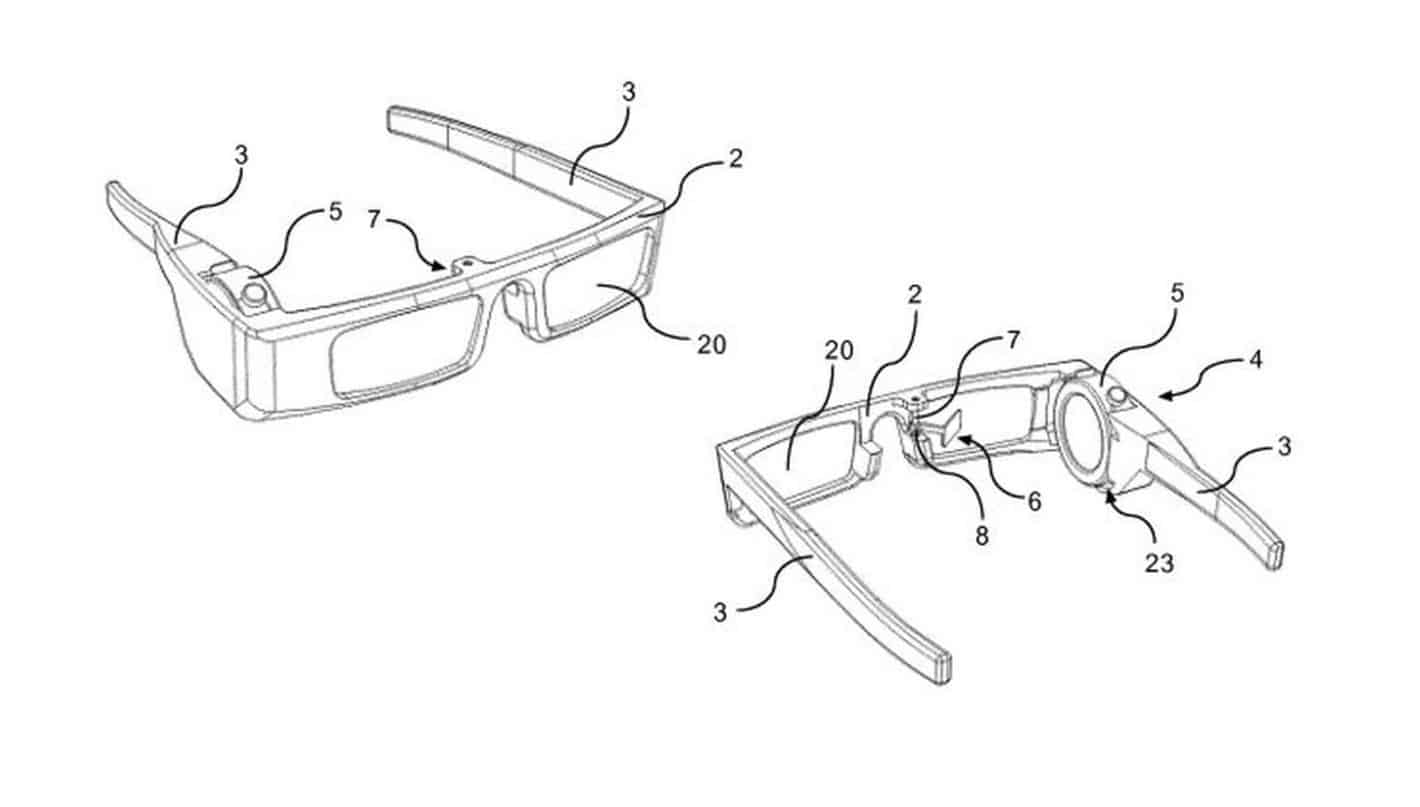 Huawei seems to be exploring unique ways of bringing budget-friendly augmented reality glasses to the market, by combining two wearable devices in a single package. According to a patent application discovered in the WIPO database by LetsGoDigital, the Chinese OEM might develop a pair of smart glasses whose AR capabilities will be provided entirely by a smartwatch.

More specifically, these glasses don’t seem to be equipped with any smart features or electronics, rendering the term “smart glasses” inappropriate, and instead the smartwatch would fit in one of the glasses’ temples in a special housing located near the right-hand hinge, lending its audio, display, and other smart features to the eyeglasses’ frame.

Two eyeglass models are shown in the patent application but both variations appear to serve the same purpose, with the main difference being the design of the smartwatch housing itself. The patent suggests that the smartwatch would fit in this housing with its circular display facing inwards, while the eyeglass frame would be equipped with a mirror designed to reflect the smartwatch’s screen into the wearer’s right eye. Presumably, the viewing experience would be somewhat similar to Google Glass but the assembly would not be as complex and the end product would likely fit more into the consumer market rather than the enterprise segment.

In addition to providing visuals through the aforementioned mirror, the smartwatch would also deliver audio to the user through a special audio channel carved inside the right-hand temple. The speaker onboard the smartwatch would need to be located behind one of the lugs, while a camera would be located on the opposite side facing forward. The glass frame would have an opening allowing light to hit the image sensor but doesn’t seem to have lenses of its own.

It’s an interesting concept, but it may or may not be a viable solution in practice. The first issue might be that only the smartwatch’s body fits inside the eyeglass frame, meaning that users would need to detach the straps from the lugs every time they would like to power the glasses with AR capabilities. Unless Huawei would somehow streamline the process, it might turn users off after disassembling and assembling the package a few times.

Secondly, Huawei doesn’t yet have a smartwatch equipped with a camera, and even if it would develop one, the wearable’s design would likely have to be compromised in order to accommodate the design of the eyeglasses, particularly in terms of the camera’s positioning. On the other hand, the exclusion of electronics from the eyewear and the simplistic hybrid design means that the eyeglasses should be fairly cheap to manufacture. They could be the AR equivalent of Google Cardboard VR.

Huawei confirmed it’s working on consumer-grade augmented reality glasses in an interview last November. However, at that time the OEM revealed that at least one or two more years will need to pass before it will have a consumer-grade product ready for release. Having said that, the patent application at hand might showcase one of Huawei’s ideas for tackling the wearable AR market but it might not reflect the OEM’s final design for its first AR glasses. And even if Huawei will want to combine eyewear with smartwatches, the design could be refined further from what’s been disclosed in the patent application. 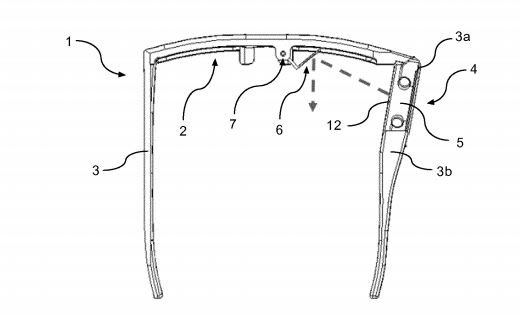 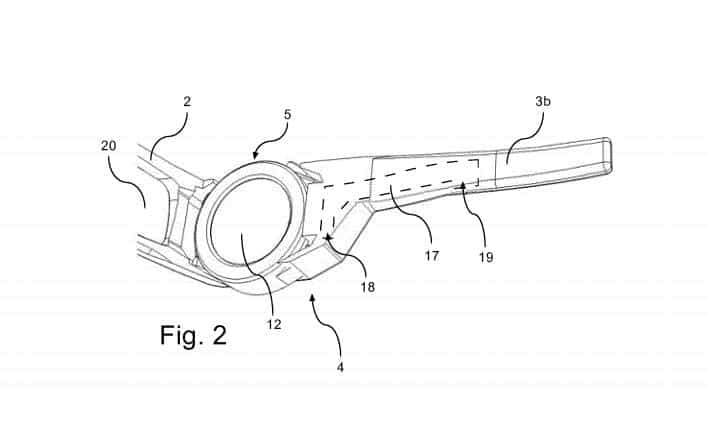 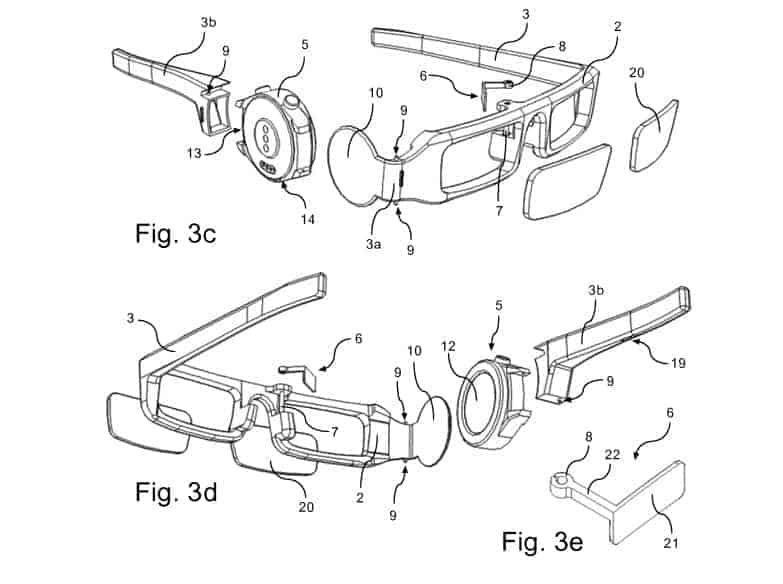 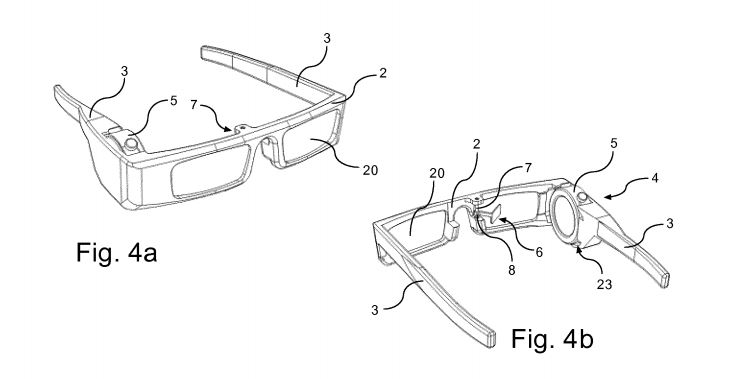 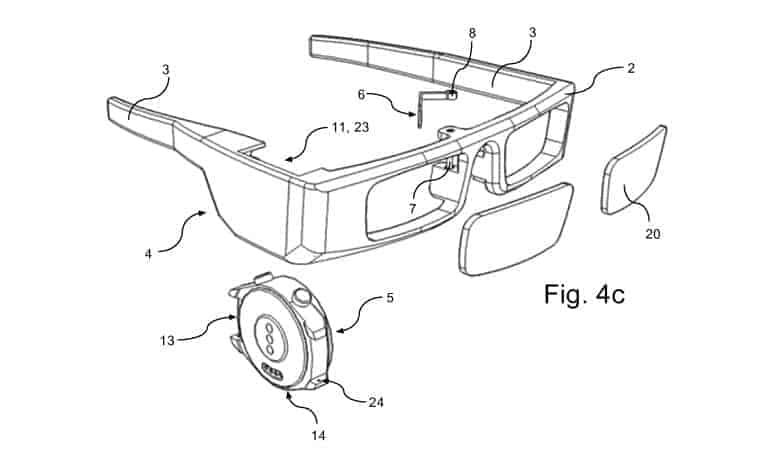 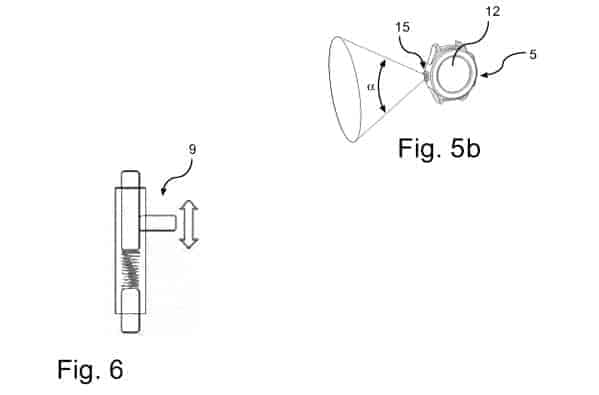