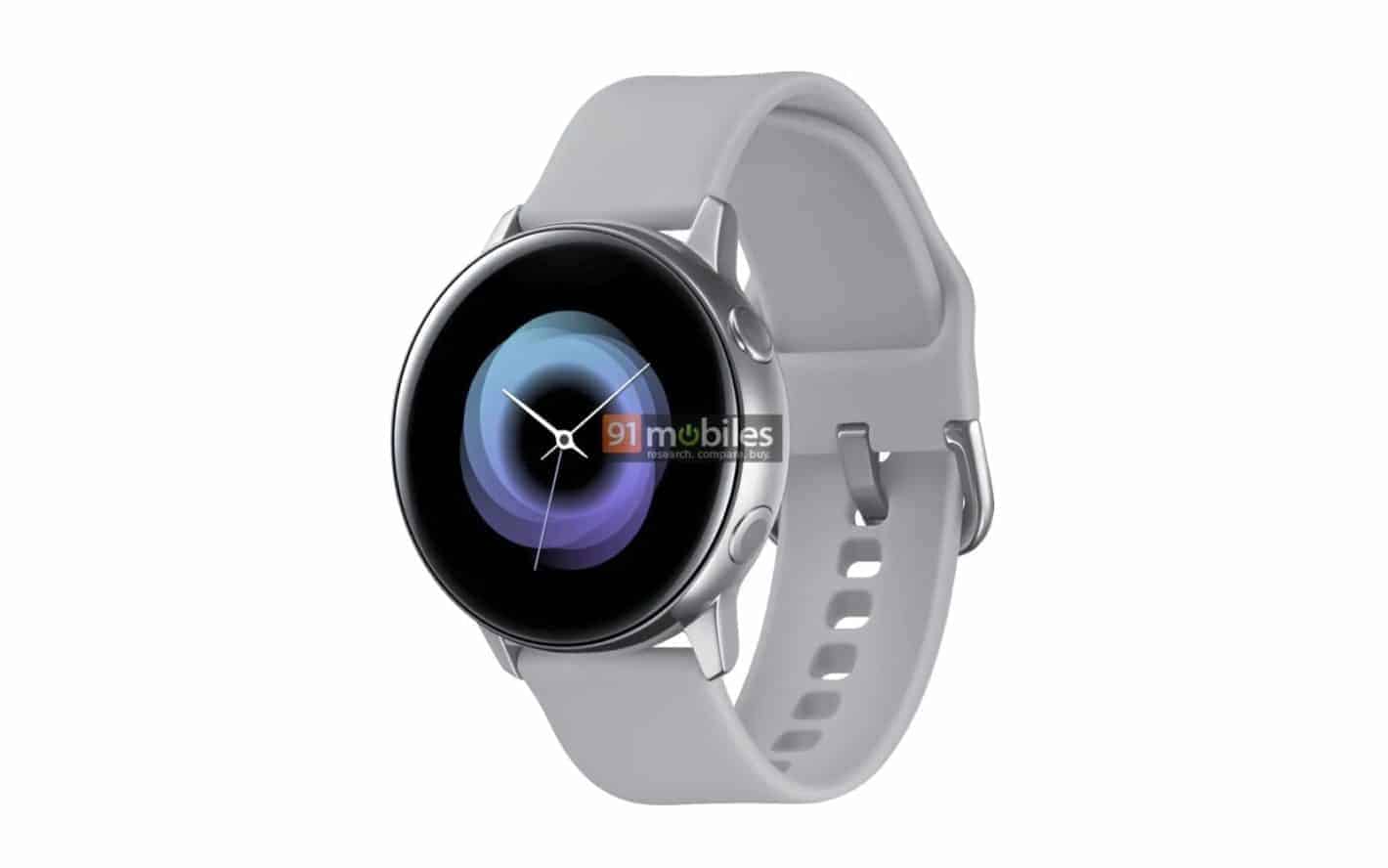 Samsung's upcoming smartwatch that's expected to launch as the Galaxy Sport could push the OEM's smartwatch design language to a whole new level, at least according to a render acquired by 91mobiles, said to be based on the actual product. In short, it appears the South Korean company is revising its product strategy and will be focused on keeping things simple with minimalist devices moving forward, at least as far as wearables are concerned.

The image depicts a wearable with a circular dial, but unlike Samsung's previous smartwatch models including last year's Gear Sport, the Galaxy Sport – as shown in the render – lacks a rotating bezel and instead it adopts a sleek design with a metallic finish and two physical side buttons. The same metallic finish is carried over to the buckle which seems to be connected to a silicon strap, but as yet it's unclear whether additional color options will be offered for the strap and/or the metal case.

After Samsung moved away from the rectangular smartwatch design with the release of the circular Gear S2 series in 2015, the OEM's following models have all seemed iterative in terms of their exterior design. All of them featured a rotating bezel, and while the Samsung Gear Sport launched last year represented a bigger step from the Gear S2, the Galaxy Watch didn't really depart too much from the design language established a few years ago by the Gear S2 Classic.

This could change in the coming months, at least assuming that the render at hand is accurate. The Samsung Galaxy Sport shown in the image shared by 91mobiles is a definitive evolution in terms of exterior design, and while it lacks a rotating bezel, it could make up for it through the implementation of new input methods.

The glass on top of the display seems to curve near the edge similar to 2.5D panels employed by smartphones, and this is unlike any other Samsung smartwatch released to date. In a way, the Samsung Galaxy Sport shown in this render looks something like a circular Apple Watch featuring standard lugs.

Although Samsung's upcoming wearable has yet to be officially introduced, its existence has been confirmed in January by South Korea's NRRA and the product is known by the model umber SM-R500. Likewise, the wireless charging cradle meant to accompany the wearable device was also approved by the FCC and has been referred to as the TX PAD for Pulse – "Pulse" being the code-name associated with the Samsung Galaxy Sport in the database of the Russian telecom regulatory agency.

The Samsung Galaxy Sport is expected to launch in two different flavors, one supporting Wi-Fi and Bluetooth while the other boasting LTE support. Hardware specifications are unknown as of this writing, but as far as software goes the wearable will most likely continue to rely on Samsung's proprietary OS Tizen.

The Galaxy Sport is expected to show up on stage during the presentation of the Samsung Galaxy S10 smartphone series, and previous rumors and reports indicate that the OEM will also unveil a new pair of wireless earbuds along with the flagship phone. The Unpacked event will take place on February 20 in San Francisco, five days ahead of Mobile World Congress 2019.