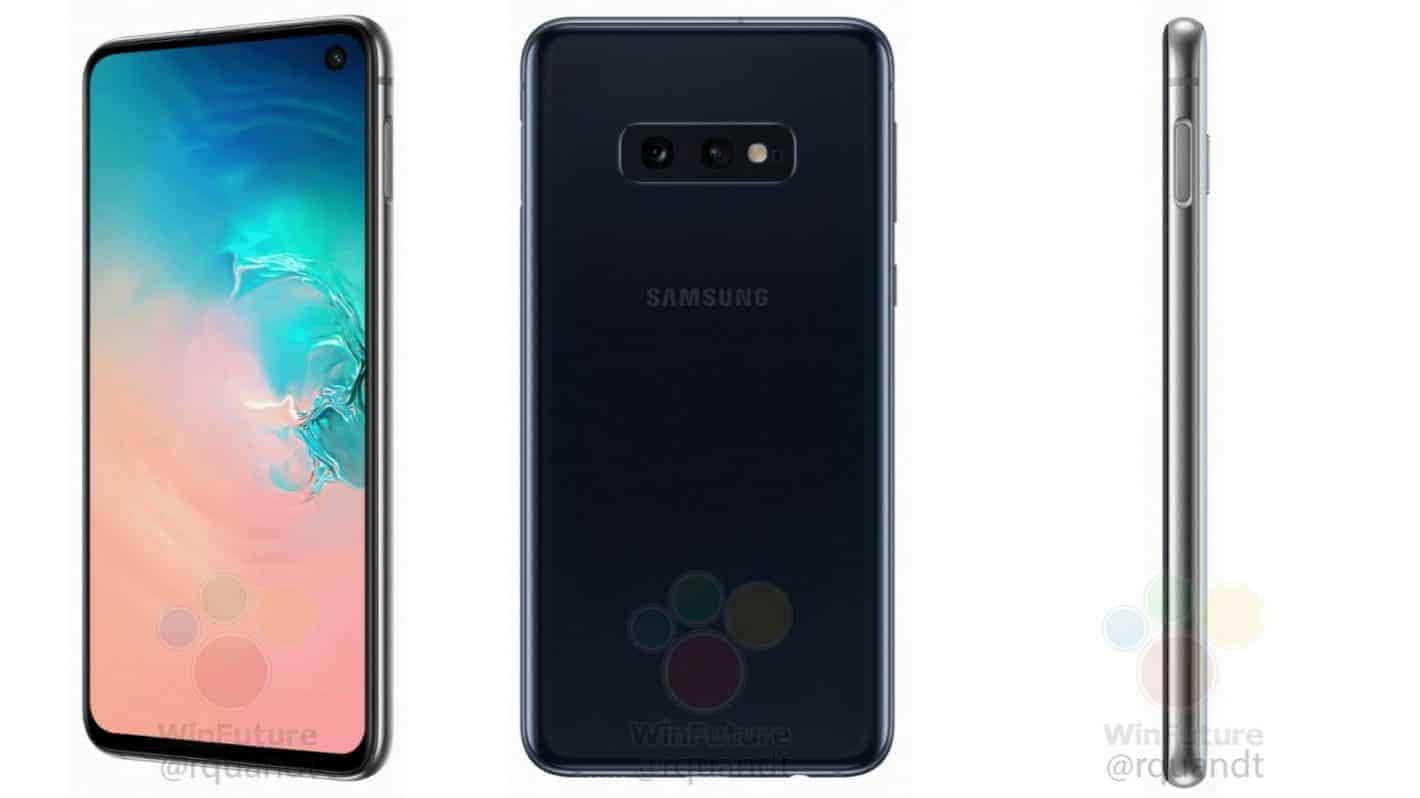 A ton of Samsung Galaxy S10e images have just surfaced, both renders and real-life images. The main takeaway from all this is the confirmation of a side-facing fingerprint scanner. Truth be said, these images are still leaks, so it's not exactly an official confirmation, but the renders shared by Roland Quandt are usually spot on, so chances are that the provided renders are official, and thus legit.

This is not the first time the Galaxy S10e's design surfaced, but the provided images do give us the best look at the device yet. The Galaxy S10e will resemble its siblings quite a bit, but unlike all the other Galaxy S10 phones, it will sport a flat display, which is noticeable in the provided images. This is also the only Galaxy S10-branded phone which will ship with two rear-facing cameras.

The phone's display will be rounded on the sides, while its selfie camera will sit in the top-right corner of the display. A thin "chin" is a part of this design as well, and there are three physical keys included on the left-hand side of this phone, the volume up, volume down, and Bixby buttons. Samsung is still pushing that infamous Bixby button, and it seems like it doesn't plan to stop anytime soon.

The back side of the Galaxy S10e is curved on the sides, and as you can see, its cameras are horizontally-aligned, while an LED flash is located next to them, along with an additional sensor, quite probably a heart-rate sensor. In the gallery down below, you will be able to check out the Galaxy S10e in various colors, including Prism Black, Prism Green, and Pearl White. Do keep in mind that a Canary Yellow variant is also expected to launch on February 20, but not a single image of that model is not included.

The Galaxy S10e will feature a 5.8-inch Super AMOLED display, and chances are Samsung will include a fullHD+ panel in this phone, instead of a QHD+ one, but we'll see. The phone will be fueled by the Exynos 9820 in Europe and India, while the Snapdragon 855 will fuel it in the US and China.

The Galaxy S10e will sport 6GB of RAM and 128GB of storage, while a 3,100mAh battery will also be a part of the package. Android 9 Pie will come pre-installed on the phone, along with Samsung's One UI overlay. The device will become official on February 20, along with the Galaxy S10 and Galaxy S10+, while it is rumored to cost €749 in Europe.