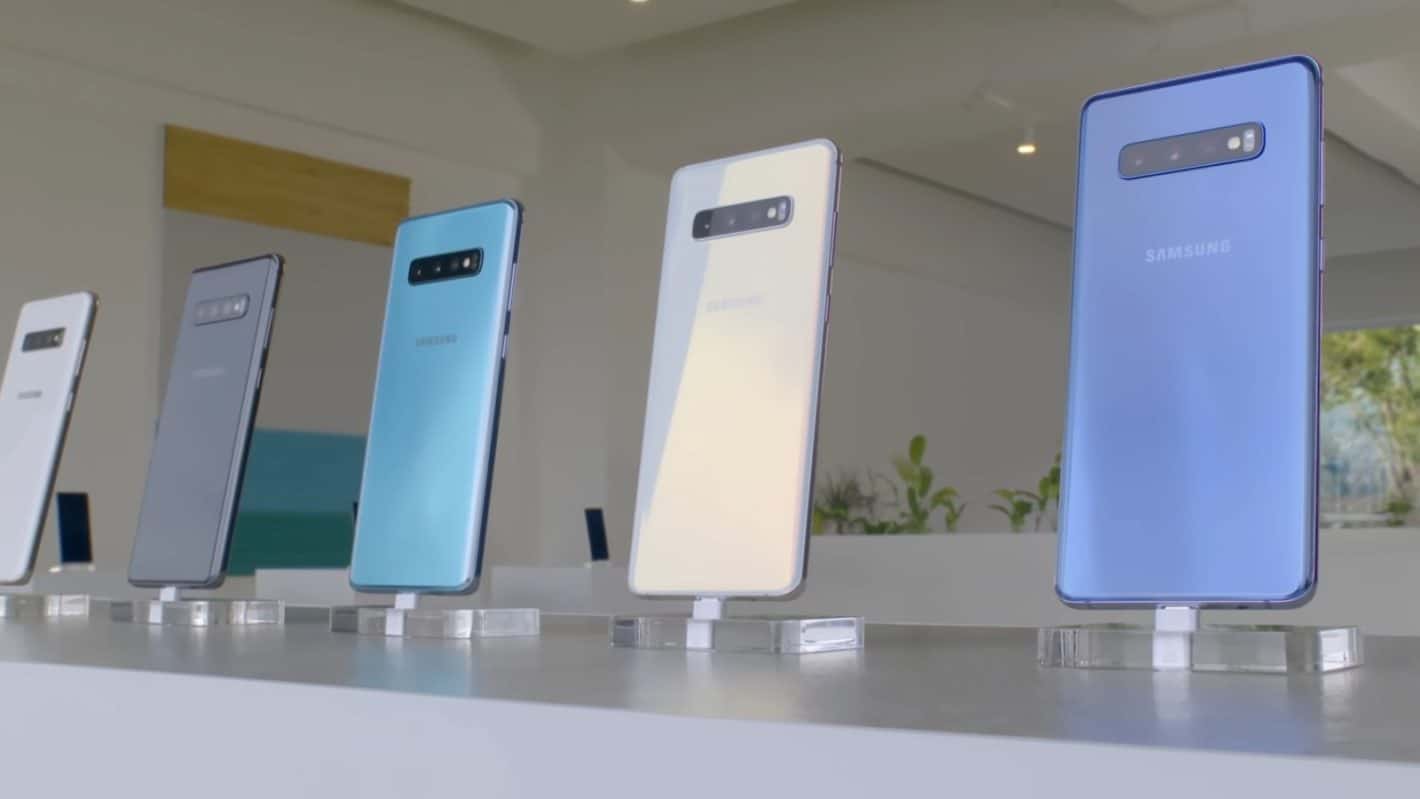 Samsung had introduced its Galaxy S10 series of devices yesterday, and the company's official hands-on video series is now here to give you a closer look at some of the main aspects of the Galaxy S10 series.

Samsung had published four videos as part of this series, and has rounded them up in a single post on its official website. These four videos talk about the Galaxy S10 design, cameras, display, and charging options, respectively.

The first video has a duration of one minute, and ti basically shows all four devices, the Galaxy S10e, S10, S10+, and S10 5G, side-by-side. You can get a glimpse of Samsung's always-on display function at the very beginning of this video, while Samsung also shows you the display sizes of all phones, same goes for their designs.

In addition to that, all Galaxy S10 series color variants are shown in the video as well, including Prism White, Prism Black, Prism Green, Prism Blue, Flamingo Pink, Canary Yellow, Ceramic Black, and Ceramic White. All in all, if you're interested in the design aspect of the Galaxy S10 series, that is the video you should be checking out.

A Closer Look At The Galaxy S10's Cameras

Samsung says that each Galaxy S10 handset comes equipped with an all-new 123-degree Ultra Wide angle lens, and that you're getting a field of view that is similar to that of a human eye. A 12-megapixel wide-angle lens with dual aperture, and Super Speed Dual Pixel is also available on each Galaxy S10 unit. The Galaxy S10 and S10+ sport a third camera, a 12-megapixel telephoto lens, while the Galaxy S10 5G adds a fourth one, a 3D Depth Camera.

As far as selfie cameras are concerned, you will find a 10-megapixel Dual Pixel front-facing camera on the Galaxy S10e and S10, while the Galaxy S10+ and S10 5G pair up that camera with an RGB depth lens. A Neural Processing Unit (NPU) does the processing behind the scenes, and improves upon images that are taken with these cameras. A video provided down below will give you closer look at the camera UI on the Galaxy S10, its sensors, and some camera modes.

Every single Galaxy S10 unit comes with a Dynamic AMOLED panel, the Galaxy S10e includes a fullHD+ unit, while all the other phones come with a QHD+ panel. Samsung says that a Dynamic AMOLED display is capable of producing 16 million colors, with 100-percent mobile color volume in the DCI-P3 color range. The company also says that this display offers even deeper blacks and brighter whites than its previous panels, and that it features a peak luminance of 1,200 nits.

On top of everything, the company claims that this is the first mobile display to support HDR10+. The company also notes that an ultrasonic fingerprint scanner is included below the display, on the Galaxy S10, S10+, and S10 5G units. It utilizes ultrasonic waves to map out your fingerprint's unique pattern. A video that is provided down below will give you a closer look at the Infinity-O Dynamic AMOLED display on the Galaxy S10 series, from a user perspective.

The Galaxy S10 series comes with Fast Wireless Charging 2.0, and on top of that, it supports something called "PowerShare". PowerShare is basically Samsung's branding for reverse wireless charging, and it allows you to use your Galaxy S10 unit in order to charge other Qi-compatible devices, so you can basically use your phone as a power bank.

On top of that, you're also getting access to dual charging support, you can charge two devices simultaneously. The video that is provided down below shows PowerShare in action, and on top of fast wireless charging, the Galaxy S10 series also comes with fast wired charging, you can find more info about that in this article.