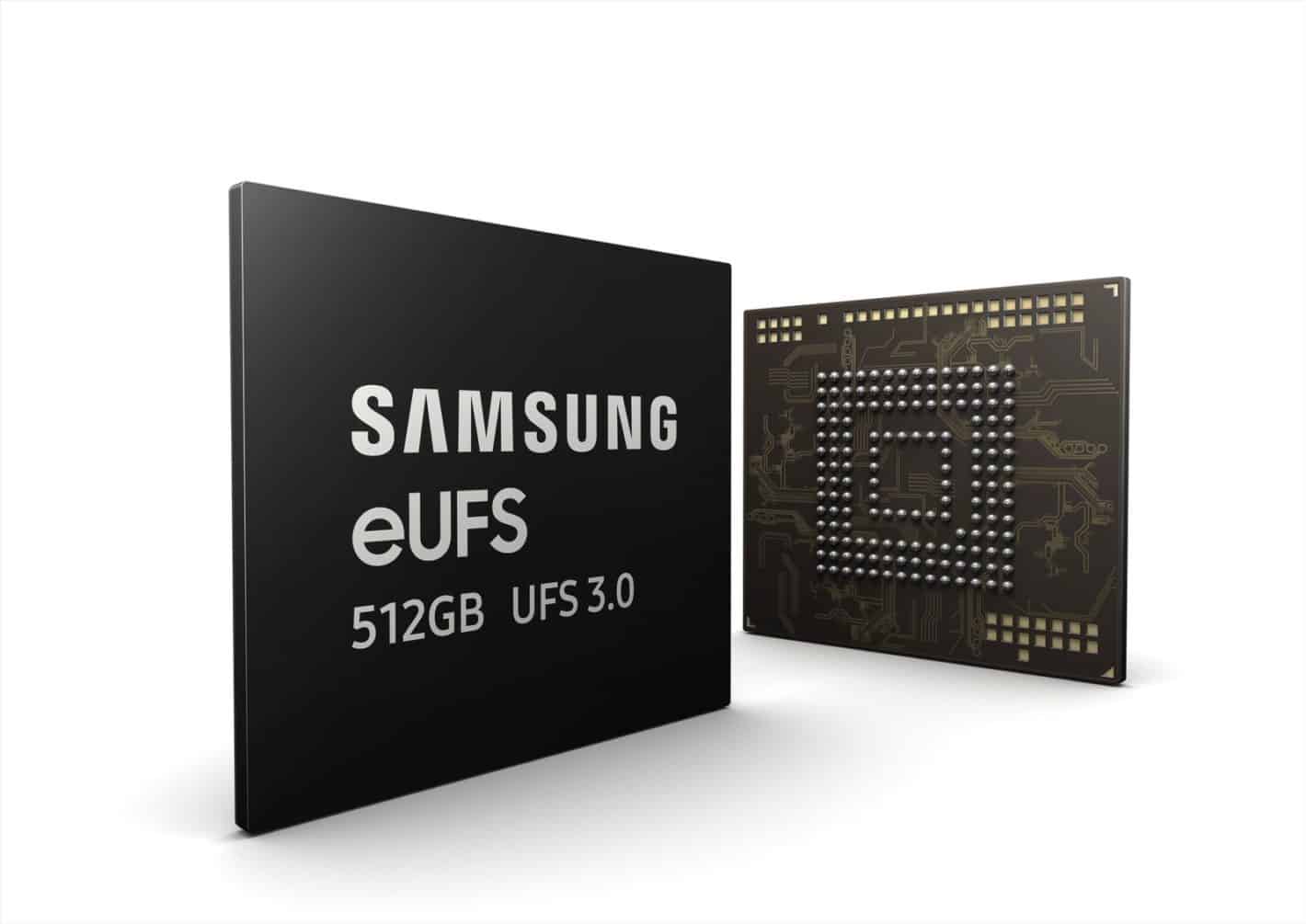 Samsung has announced that its new 512GB smartphone chip that is in line with the embedded Universal Flash Storage (eUFS) 3.0 protocol has entered mass production and would be ready in time for the next generation of handsets.

This will significantly bump up read and write speeds when compared to the 512GB embedded Universal Flash Storage (eUFS) 2.1 chips. As a result, future mobile devices would be able to provide a seamless user experience.

For the end user, it translates into blazing fast transfers. For instance, Samsung says it would take a mere three seconds to transfer a Full HD movie from a premium smartphone to a PC. This will save a lot of time. As for the write speeds, they rival those offered by a SATA SSD.

Comparatively, the eUFS 2.1 chips offer read speeds of up to 860Mbps and write speeds of up to 255Mbps. Needless to say, the new memory chip will significantly improve the performance of the next generation of mobile devices. In fact, Samsung is asserting that these chips will bring laptop-level memory speed to smartphones.

With 63,000 and 68,000 Input/Output Operations Per Second (IOPS), respectively, the random read and write speeds of the new memory chip are up to 36 percent faster when compared to the existing eUFS 2.1 industry specification.

The new random read and write speeds would be nearly 630 times faster than what a general microSD card provides. In layman’s terms, this means a smartphone would be able to run various complex applications simultaneously without compromising on responsiveness.

The smartphone industry is usually slow when it comes to adopting new memory standards. Most of the handsets in the market come with eMMC storage, which is the slowest type of embedded storage, even though the faster Universal Flash Storage standard is available. Samsung, on the other hand, has always been quick to put the latest eUFS flash memory in its premium phones.

Samsung will be launching 512GB and 128GB eUFS 3.0 this month and it intends to produce 1TB and 256GB versions in the second half of 2019. The Galaxy Fold could be Samsung’s first phone to use the new chip. Since the Galaxy Fold would allow users to run three apps at the same time, faster memory can really come in handy to provide a seamless user experience.

In addition to that, we might also see these chips in Android phones made by other companies as Samsung said in its press release that it also intends to help other manufacturers deliver mobile innovations. However, it remains to be seen if OEMs are finally ready to move away from eMMC storage and embrace new standards.