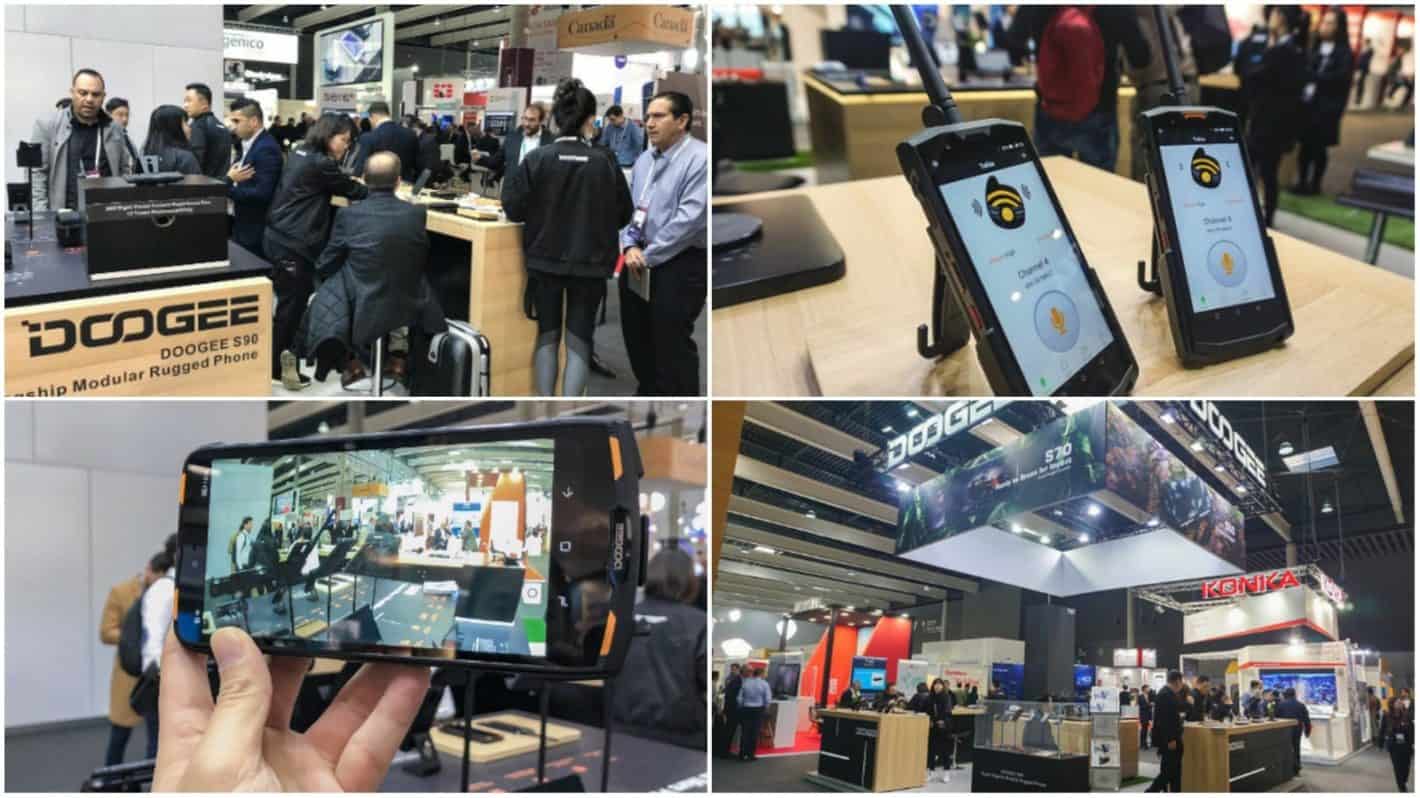 DOOGEE has introduced its modular smartphone at this year's Mobile World Congress (MWC) in Barcelona, the DOOGEE S90. This handset was crowd-funded on Kickstarter, and it's referred to as "modular" because DOOGEE also announced a number of modules that can be attached to the device. In addition to the DOOGEE S90, the company also announced its Y series smartphones, the Y7, Y7Plus, Y8, and Y8 Plus.

The DOOGEE S90 is the star of the show, though, of course. This is rugged smartphone, alongside which DOOGEE announced five modules, including the Night Vision Camera Module, Power Module, Digital Walkie-talkie Module, Game Module, and even the 5G Module, believe it or not.

Attaching and detaching those modules is extremely easy, as they're attached to the device by powerful magnets. The moment you attach a module to the device, it will recognize them, and you will be able to use them. Now, regarding the phone's modules, the Night Vision Camera Module is here to improve the phone's photo-taking capabilities in low light. The Power Module is essentially a battery extender for the device, as it comes with a built-in 5,000mAh battery.

The Digital Walkie-Talkie Module turns the device into a walkie-talkie, essentially, while the Game Module adds an analog stick to the phone, along with some physical buttons, so you're essentially turning the device into a gaming console. As far as the 5G Module is concerned, DOOGEE says that when you connect it, it "takes over all model functions of the phone", and it is activated when the "user broadcasts video, downloads music or a movie", says the company. This module comes with MediaTek's chip on the inside, and it has a max download speed of 3.5Gbps.

The DOOGEE S90 features a 6.18-inch display, while it is fueled by the Helio P60 64-bit octa-core processor, which is one of MediaTek's most powerful mid-range chips. The device also includes 6GB of RAM and 128GB of storage, while you will find 16 and 8-megapixel cameras on its back. This handset is IP68 certified, and it comes with a 5,050mAh battery.

The company's Y series of devices that got announced at MWC 2019 consists out of the Y7, Y7 Plus, Y8, and Y8 Plus handsets. The Y8 series comes with a waterdrop display, while these phones will sport budget price tags, and they have relatively thin bezels. We still do not know when will any of these phones become available, but the DOOGEE S90 will cost around $300, says the company.