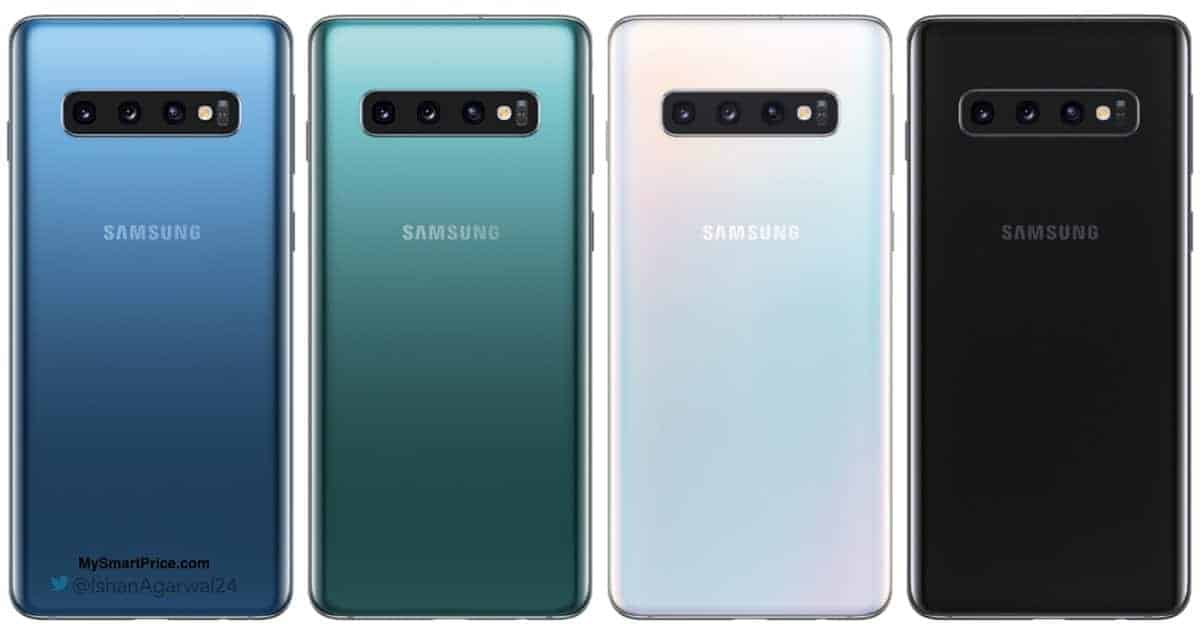 Another tipster, Evan Blass (aka @evleaks), has shared Chinese pricing of the Galaxy S10+. Based on this info, the most expensive variant of the Galaxy S10+, the ceramic one with 12GB of RAM and 1TB of storage, will cost an equivalent to $1,477, approximately.

The image Evan Blass provided also mentions some color variant of the Galaxy S10+, but considering Google Translate has been used for these, it's best to wait for official names, as this is the first time we're seeing "Glass Green" and "Carbon Black" names. Previous rumors actually suggested that these two variants will be called "Prism Green" and "Prism Black", so those names are far more likely.

The Samsung Galaxy S10+ will ship in 6GB, 8GB, and 12GB RAM variants, just in case you didn't know, as the 6GB RAM model is missing from the image provided by the source. The device will be made out of metal and glass, just like all the other Galaxy S10 phones, with the exception of the Ceramic Black and Ceramic White Galaxy S10+ variants, which will replace glass back with ceramic.

The Galaxy S10 is said to sport a 6.1-inch QHD+ AMOLED, curved display, and it will have three cameras on the back, same as the Galaxy S10+. This phone will include one camera on the front, and it will ship in 6GB and 8GB RAM variants. Android 9 Pie will come pre-installed on all Galaxy S10 variants, while all of them will be fueled by either the Exynos 9820 or Snapdragon 855, depending on the market.

Samsung will announce its Galaxy S10 series of smartphones on February 20 in San Francisco, and the company may even mention its foldable device during the press conference. The Galaxy S10e, S10, and S10+ may become available for pre-order soon after the event wraps up, or the day after, while the Ceramic Galaxy S10+ variant will probably become available about a week or two after all the other models, at least according to rumors.