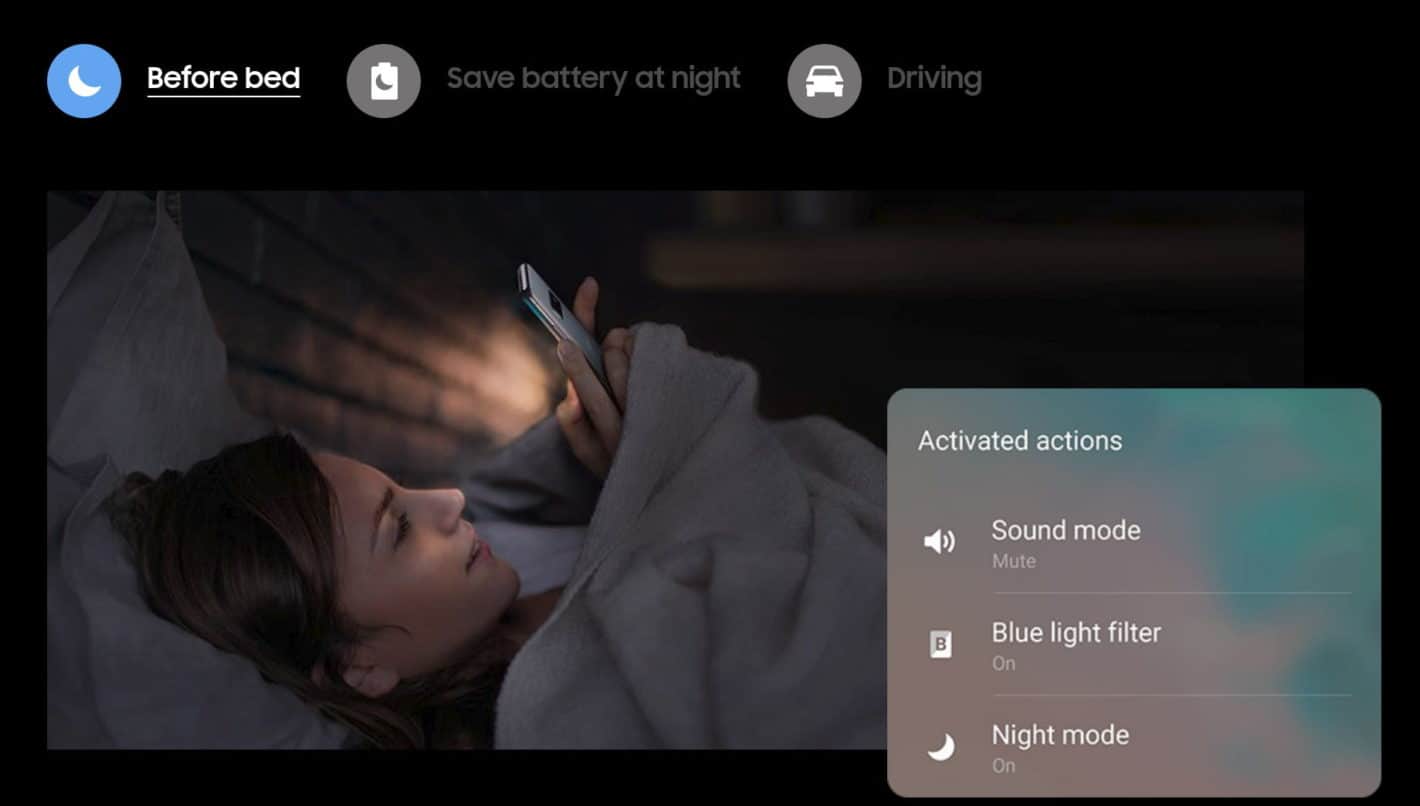 Summarily, with Bixby Routines, the new Galaxy-branded smartphones will utilize AI to learn how users are interacting with their devices and coordinate changes based on that use. For instance, Samsung lists three different routines the gadgets might learn, including two for bedtime and one for driving.

The latter of those is fairly straightforward. The phone senses when the user is in a moving vehicle and learns how the phone is used in those circumstances. So it might turn on auto-rotation to ready the phone for placement in a dash mount, activate voice controls and turn on music, and lock down the phone so it isn’t used while driving.

The other examples shine more light on how useful Bixby Routines might be in more complex situations. Samsung’s new flagships can eventually learn when a user goes to bed and activate or deactivate features accordingly. When bedtime approaches, for example, the AI might help users get ready by turning on blue-light filtering, muting notifications, and making similar preparations. When the user puts their phone down for the night, the device might automatically turn off network radios, the Always-On display, and other features to save battery.

Samsung is also catering to users more accustomed to creating their own routines for activation on command with similar functionality to that on offer from Google and Amazon. That confirms at least some suspicions about Bixby Routines that were put forward when it was first spotted in a trademark filing earlier this week.

Using a feature called My Routines, found within Bixby Routines, users of Samsung’s new AI-driven smartphones will be able to customize routines. Samsung hasn’t provided too many details about what, exactly, that might entail. So the functionality in My Routines won’t necessarily be exactly like setting up command keywords to activate features or a string of voice controls with Assistant or Alexa.

At very least, the implication is that users will be able to customize how Bixby Routines work.

An S10 exclusive but maybe not all of them

Bixby will be getting plenty of other changes with the Samsung Galaxy S10 series of handset too, including the ability to remap the now-standard designated hardware button to do something other than launch Bixby. As with that recently reported capability though, the new Bixby Routines feature appears to be entirely limited to the newest Samsung flagships. Unless the AI-powered routines require specialized hardware, there is a chance that they will eventually come to older Galaxy-branded flagships as well but that’s not guaranteed.

The phone that learns your habits to blend seamlessly into your day. #GalaxyS10 #SamsungEvent
Learn more: https://t.co/1q8ihACGjB pic.twitter.com/zNIlrP46kd